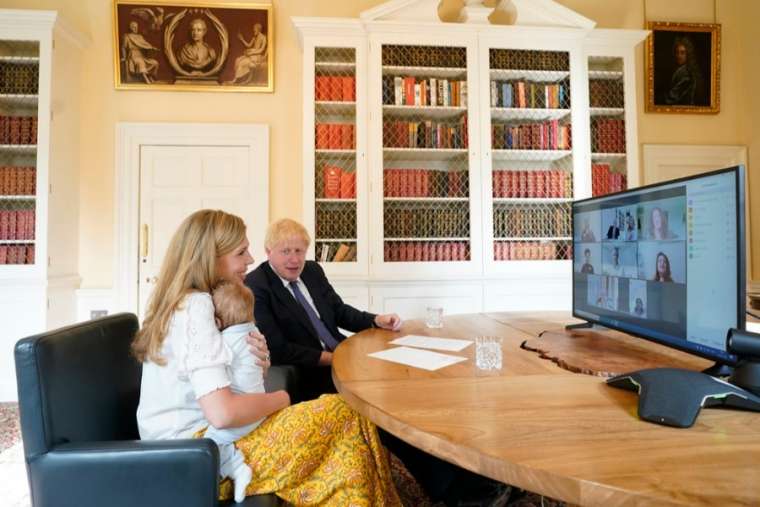 The son of British Prime Minister Boris Johnson was baptized a Catholic earlier this month, the Diocese of Westminster said Tuesday.

In a statement Sept. 22, the diocese said: “We can confirm that Wilfred Johnson was baptized in Westminster Cathedral on Sept. 12, 2020, in a private ceremony, attended by both parents and a small number of guests, in keeping with current (COVID-19) guidelines.”

The Daily Telegraph reported Sept. 21 that the ceremony took place in the Lady Chapel of the cathedral in central London. The baptism was reportedly conducted by Fr. Daniel Humphreys, acting administrator of Westminster Cathedral.

The news emerged after Italian media reported incorrectly that Johnson had flown secretly to the city of Perugia Sept. 11. The prime minister’s office denied the claim, disclosing that Johnson had attended his four-month-old son’s baptism in London Sept. 12.

Johnson himself was baptized a Catholic at the behest of his mother, Charlotte Johnson Wahl. But he was confirmed in the Church of England while studying at Eton College, effectively abandoning Catholicism for Anglicanism.

Carrie Symonds, his fiancee and the mother of his son, Wilfred, is a Catholic who hasreferred to her faithon social media.

Wilfred Lawrie Nicholas Johnson was born on April 29, 2020. Announcing her son’s birth on Instagram, Symonds said that he was named Wilfred after Johnson’s grandfather, Lawrie in honor of her grandfather, and Nicholas after Dr Nick Price and Dr Nick Hart, who saved the prime minister’s life after he wasadmitted to hospitalwith the coronavirus earlier that month.

“I couldn’t be happier. My heart is full,” she wrote.

Johnson is the first baptized Catholic to become prime minister.

Tony Blair regularly attended Mass while serving as prime minister from 1997 to 2007, but was only received into the Catholic Church after he stepped down from office.

After centuries of persecution, the Roman Catholic Relief Act 1829 enabled Catholics to sit in Parliament and hold government office. But the Act said that no Catholic could advise the Crown on the appointment of Church of England bishops. As this is one of the duties of prime ministers, the Act effectively prevented a Catholic from assuming the role.

But commentators argue that if a practicing Catholic were to be elected prime minister today, then an alternative arrangement for appointments to the established church could be found.

Stuart Reid, a Catholic who served as deputy editor of The Spectator magazine when Johnson was editor, told CNA that he thought that the prime minister would have taken the decision to baptize Wilfred seriously.

He said: “Boris is not the most obvious Christian in Westminster, but having his child by the Catholic Carrie baptized into the Church is almost certainly not something he did in a fit of irony. He leaves irony for Downing Street. What Boris has done, it seems, is to yield tohis woman, as a good man should. But there may be something more to it.”

He noted that Johnson worked alongside “fairly opinionated Catholics” when he edited The Spectator from 1999 to 2005.

“It may be why he once commissioned a feature on the ontological argument of St. Anselm. There was no news peg (as if), but he probably thought it would amuse his staff and add droll elegance to The Spectator’s pages,” he said.

“Like most editors and their underlings, he did not like advertising features, and he once published a Luxury Goods special in the Spectator in which a former chairman of the Latin Mass Society, Michael McMahon, wrote apieceattacking the idea of laying up treasures on earth. ‘Ashes to ashes; dust to dust,’ wrote McMahon, ‘in the fullness of Time, even Rolexes rust.’”

Referring to Johnson’s new fitness regime following his recovery from COVID-19, Reid added: “It is very difficult to understand what is going on here, but the child has been baptized and that is a good thing. It is possible that in the fullness of time even Boris will swim the Tiber. He is looking pretty trim these days.”