Can our prayers help a person who lives in mortal sin repent, change, and escape eternal damnation? 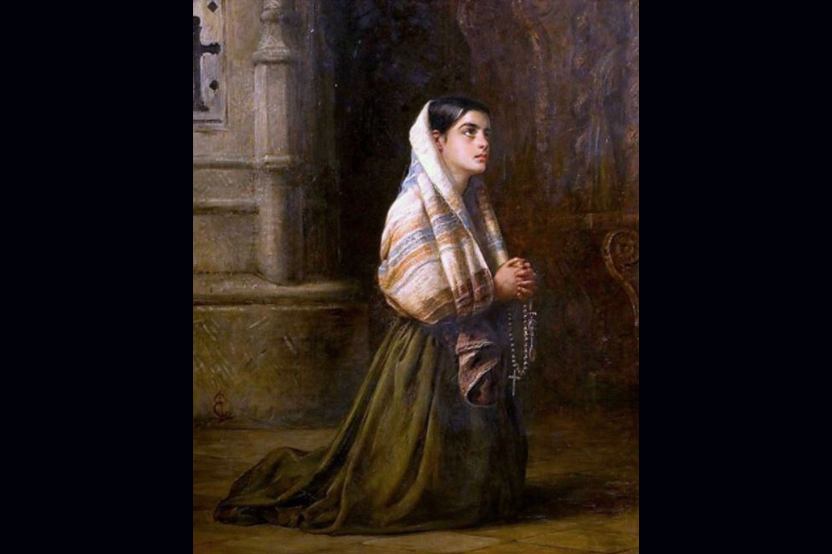 Can our prayers help a person who lives in mortal sin repent, change, and escape eternal damnation?

“Pray, pray a great deal, and make sacrifices for sinners, for many souls go to Hell because they have no one to sacrifice and pray for them.”

2635 – Since Abraham, intercession – asking on behalf of another has been characteristic of a heart attuned to God’s mercy. In the age of the Church, Christian intercession participates in Christ’s, as an expression of the communion of saints. In intercession, he who prays looks “not only to his own interests, but also to the interests of others,” even to the point of praying for those who do him harm.115

2636 – The first Christian communities lived this form of fellowship intensely.116 Thus the Apostle Paul gives them a share in his ministry of preaching the Gospel117 but also intercedes for them.118 The intercession of Christians recognizes no boundaries: “for all men, for kings and all who are in high positions,” for persecutors, for the salvation of those who reject the Gospel.119

St Thérèse and the Hardened Criminal

As St Thérèse’s vocation to become a religious matured within her, a picture of the Crucifixion brought to a climax all the desires that had been forming and becoming clearer in Thérèse as the years drew on. “I was consumed with an insatiable thirst for souls; this time it was not priests’ souls that enkindled my zeal but the souls of great sinners, whom I longed at any cost to snatch from the everlasting flames of hell.” She asked for a sign from God approving her desire for souls … The sign she wanted was the conversion of a notorious criminal, Pranzini, condemned to die on the guillotine. She prayed and made sacrifices for him daily and waited anxiously for the day of execution. “My prayer was granted to the letter. Though Papa never allowed us to read the newspapers, I did not consider it an act of disobedience when, on the day following the execution, I hastily opened the paper, “La Croix,” and looked for the part concerning Pranzini….” He had repented at the last moment and kissed the Sacred Wounds three times.

How can you refute the Protestant...