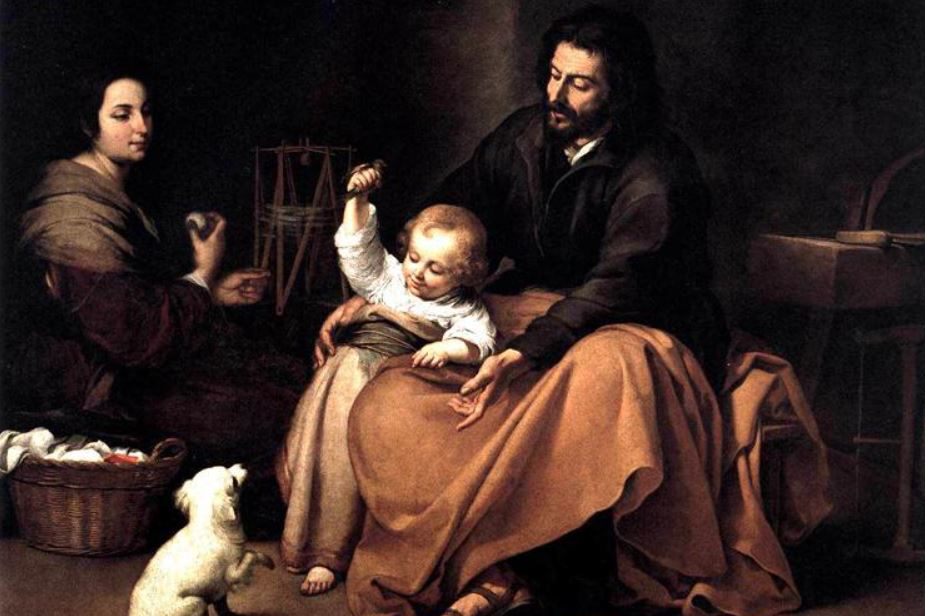 499 – The deepening of faith in the virginal motherhood led the Church to confess Mary’s real and perpetual virginity even in the act of giving birth to the Son of God made man. In fact, Christ’s birth “did not diminish his mother’s virginal integrity but sanctified it.” And so the liturgy of the Church celebrates Mary as Aeiparthenos, the “Ever-virgin”.

In the Gospel of St Mark, we do indeed read about the crowd asking, “Isn’t this the carpenter, the son of Mary, a brother of James and Joses and Judas and Simon? Aren’t His sisters our neighbors here?” (Mk 6:3) A similar reference occurs earlier in Mk 3:31—”His mother and brothers arrived….”

The problem emerges in understanding the meaning of the word brother. In the original text of the Gospel, we find the Greek word adelphos, meaning brother, used. However, adelphos does not just mean blood brothers born of the same parents. Rather, adelphos was used to describe brothers not born of the same parents, like a halfbrother or stepbrother. The word also described other relationships, such as cousins, nephews, etc.

For example, in Gn 13:8 and 14:14-16, the word adelphos was used to describe the relationship between Abraham and Lot; however, these two men did not share a brother relationship, but one of uncle and nephew. Another instance is that of Laban, who was an adelphos to Jacob, not as a brother, but as an uncle. The same is true for the word sister.

After the birth of our Lord, although the Gospels do not give us many details of His childhood, no mention is made of Mary and Joseph ever having other children. Never does it refer to the “sons of Mary” or “a son of Mary,” but only the Son of Mary.

This point is again corroborated at the crucifixion scene: Before He dies, our Lord says to Mary, “Woman, there is your son,” and then to St John, who is definitely not a blood brother, “There is your mother.”

According to Jewish law, the oldest son had the responsibility of caring for the widowed mother, and that responsibility would pass to the next oldest if anything happened to the first-born son. By this time, St Joseph has died. Since Jesus, the first born, had no “blood brother,” He entrusted Mary to the care of St John, the Beloved Disciple.

Actually, this whole confusion is not new. About 380, Helvidius suggested that the “brethren” were the children born of Mary and Joseph after Jesus. St Jerome declared this as a “novel, wicked, and daring affront to the faith of the whole world.” In his On the Perpetual Virginity of the Blessed Mary, St. Jerome used both Scripture and the fathers, like Saints Ignatius, Polycarp, Irenaeus and Justin Martyr to refute Helvidius. Later, the First Lateran Council (649) definitively declared that Mary was “ever virgin and immaculate.”

Therefore, based on Sacred Scripture and Tradition, we do not believe that Mary and Joseph had other children and consequently that Jesus had blood brothers and sisters.

Click here for the full version of this article