What is the teaching of the Catholic Church regarding cremation? 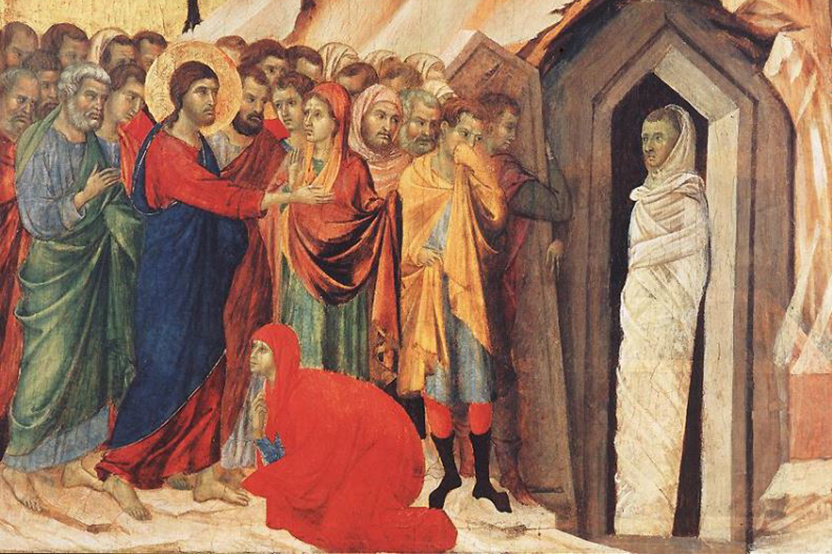 What is the teaching of the Catholic Church regarding cremation?

For the Lord himself will descend from heaven with a cry of command, with the voice of an archangel, and with the sound of the trumpet of God. And the dead in Christ will rise first.

The new Code of Canon Law (1983) stipulates, “The Church earnestly recommends that the pious custom of burying the dead be observed; it does not, however, forbid cremation unless it has been chosen for reasons which are contrary to Christian teaching” (No. 1176, 3). Therefore, a person may choose to be cremated if he has the right intention. However, the cremated remains must be treated with respect and should be interred in a grave or columbarium.

While cremation is definitely becoming more and more popular, it is actually something new to Catholic tradition. The early Church retained the Jewish practice of bodily burial and rejected the common pagan Roman practice of cremation. The basis for this rule was simply that God has created each person in His image and likeness (Gn 3:19). Moreover, our Lord Himself was buried in the tomb and then rose again in glory on Easter. Therefore, Christians buried their dead both out of respect for the body and in anticipation of the resurrection at the Last Judgment. St. Paul reminds us, “the Lord Himself will come down from heaven at the word of command, at the sound of the archangel’s voice and God’s trumpet; and those who have died in Christ will rise first (1 Thes 4:16).

The Church’s stance against cremation was also reinforced by those who mocked the belief in the resurrection of the body. Many of the early martyrs were burned at the stake and then their persecutors scattered their ashes as a sign of contempt for this Christian belief.

After the legalization of Christianity in the 4th century, cremation generally ceased in the Roman Empire. As Christian culture continued to spread, even in missionary lands, regular bodily burial became the norm, even in cultures that had once practiced cremation. Due to the religious belief of the people, the civil authorities also outlawed cremation: for example, Charlemagne made cremation a capital offense in 789. The only exception given to this rule was when there may have been a mass death and the spread of disease threatened.

In the 19th century, cremation again arose in Europe due greatly to the Freemasonry movement and the rationalistic philosophy which denied any notion of the supernatural or spiritual. Many began to view cremation as an acceptable funeral custom. Several reasons prompted the revival: concern for hygiene, the conservation of land and an atheistic bent to make a public display of denying the immortality of the soul, an afterlife and the resurrection of the body. Largely motivated by the latter reason, the Church officially condemned the practice of cremation in 1886.

The old Code of Canon Law (1917) prohibited cremation and required the bodies of the faithful to be buried. Again, an exception was given in times of mass death and the threat of disease. Those individuals who had directed their bodies to be cremated were denied ecclesiastical burial. In 1963, the Church clarified this regulation, prohibiting cremation for anyone who wanted it simply as some testimony against the faith.

The new Code of Canon Law (1983) stipulates, “The Church earnestly recommends that the pious custom of burying the dead be observed; it does not, however, forbid cremation unless it has been chosen for reasons which are contrary to Christian teaching” (No. 1176, 3). Therefore, a person may choose to be cremated if he has the right intention. However, the cremated remains must be treated with respect and should be interred in a grave or columbarium.

A pastoral problem occurs concerning the funeral Mass itself. The cremated remains cannot be present during the vigil or wake service, or during the Mass, since the regular liturgical prayers and actions are designed to honor the body. The body best reminds us of that person who entered a new life at baptism, becoming a “Temple of the Lord,” and has now gone, we hope and pray, to the fulfillment of that life and eternal rest. On the other hand, ashes remind us of the corruptibility of the deceased.

As a priest, I believe that the entire Catholic funeral liturgy—the vigil service, the Mass of Christian Burial and the Final Committal and Burial—offers to us a great reminder of our faith and aids in our healing. The death of someone we love is always hard to face; however, there is something good and comforting when we gather as a faith community in the presence of our Lord and the body of the deceased, and offer that loved one back to God. Unfortunately, on more than one occasion I have dealt with families who have had the deceased loved one cremated, and later regretted the action, even feeling great guilt. I always recommend for people who want to be cremated or want to have their deceased loved one cremated that they do so after the funeral Mass and then inter the remains properly.

Has the Catholic Church always con...