What are some common misconceptions about the Crusades? 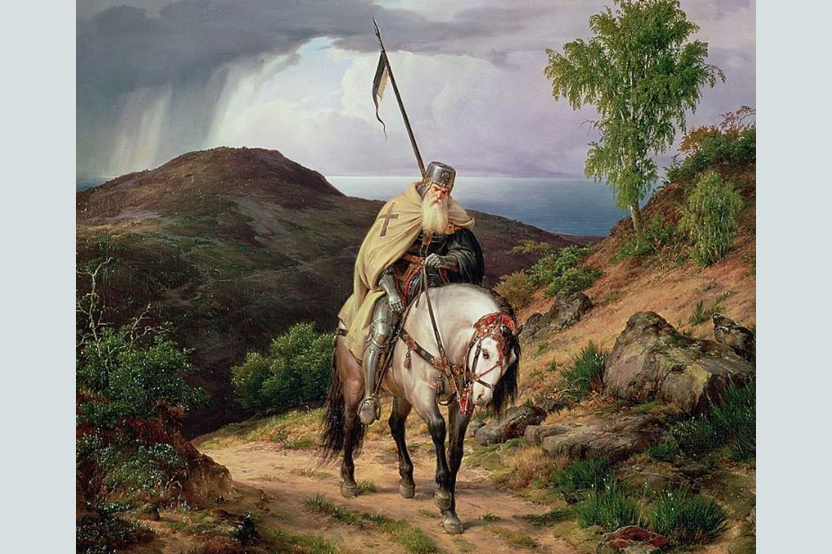 What are some common misconceptions about the Crusades?

38 Whoever does not take up their cross and follow me is not worthy of me.

Myth 1: The Crusades were wars of unprovoked aggression against a peaceful Muslim world.

Fact: From the time of Mohammed, Muslims had sought to conquer the Christian world. After a few centuries of steady conquests, Muslim armies had taken all of North Africa, the Middle East, Asia Minor and most of Spain.

By the end of the 11th century the forces of Islam had captured two-thirds of the Christian world. Palestine, the home of Jesus Christ; Egypt, the birthplace of Christian monasticism; Asia Minor, where St Paul planted the seeds of the first Christian communities — these were not the periphery of Christianity but its very core.

[The Muslims] continued to press westward toward Constantinople, ultimately passing it and entering Europe itself… At some point what was left of the Christian world would have to defend itself or simply succumb to Islamic conquest.

Myth 2: The Crusaders wore crosses, but they were only interested in capturing booty and land.

Fact: Crusading was an enormously expensive operation. Lords were forced to sell off or mortgage their lands to gather the necessary funds. Most were also not interested in an overseas kingdom. Much like a soldier today, the medieval Crusader was proud to do his duty but longed to return home.

After the spectacular successes of the First Crusade, with Jerusalem and much of Palestine in Crusader hands, virtually all of the Crusaders went home. Only a handful remained behind to govern the newly won territories.

Money and land were not the reasons [for men to join the] Crusade in the first place. They went to atone for their sins and to win salvation by doing good works in a faraway land.

They were very mindful of Christ’s exhortation that he who will not take up his cross is not worthy of Christ. They also remembered that “Greater love hath no man than this, than to lay down his life for his friends.”

Myth 3: When the Crusaders captured Jerusalem in 1099 they massacred every man, woman and child in the city until the streets ran ankle deep with the blood.

Fact: It is certainly true that many people in Jerusalem were killed after the Crusaders captured the city. But this must be understood in historical context.

The accepted moral standard in all pre-modern European and Asian civilizations was that a city that resisted capture and was taken by force belonged to the victorious forces. That included not just the buildings and goods, but the people as well. That is why every city or fortress had to weigh carefully whether it could hold out against besiegers. If not, it was wise to negotiate terms of surrender.

In the case of Jerusalem, the defenders had resisted right up to the end. They calculated that the formidable walls of the city would keep the Crusaders at bay until a relief force from Egypt could arrive. They were wrong. When the city fell, therefore, it was put to the sack. Many were killed, yet many others were ransomed or allowed to go free.

It is worth noting that in those Muslim cities that surrendered to the Crusaders the people were left unmolested, retained their property, and were allowed to worship freely.

Myth 4: The Crusades were just medieval colonialism dressed up in religious finery.

They were not colonies, therefore, …they were outposts. The ultimate purpose of the Crusader states was to defend the holy places in Palestine, especially Jerusalem, and to provide a safe environment for Christian pilgrims to visit those places.

Myth 5: The Crusades were also waged against the Jews.

Fact: No pope ever called a Crusade against Jews. During the First Crusade a large band of riffraff, not associated with the main army, descended on the towns of the Rhineland and decided to rob and kill the Jews they found there. In part this was pure greed. In part it also stemmed from the incorrect belief that the Jews, as the crucifiers of Christ, were legitimate targets of the war. Pope Urban II and subsequent popes strongly condemned these attacks on Jews.

Click here for the full version of the article

How is the date of Easter determin...