MORE FROM EWTN
FAITH & RESOURCES
Welcome to EWTN GB - Global Catholic Television Network - Copyright ©
Trending News
HomeCatechism & ApologeticsWhat is an indulgence and how can a person obtain it?

What is an indulgence and how can a person obtain it? 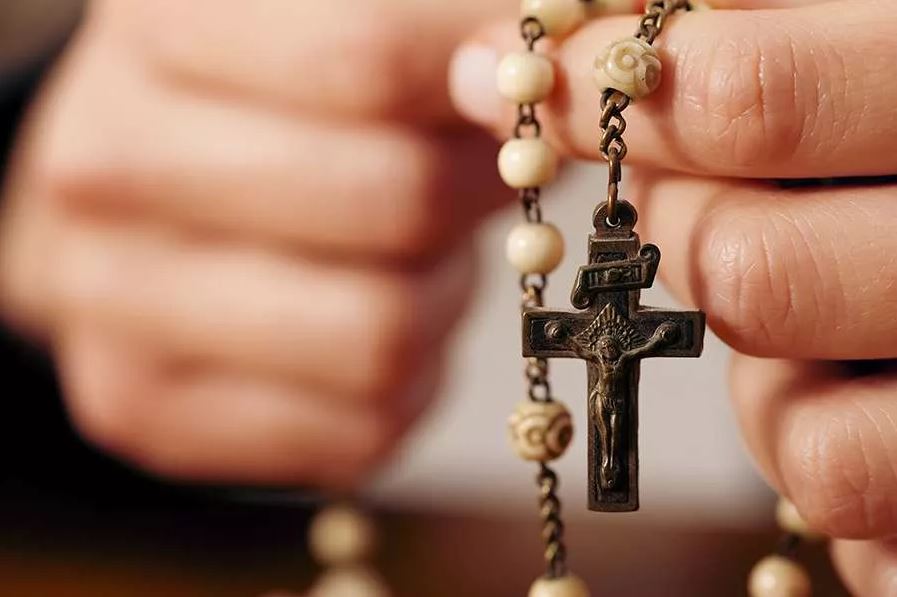 What is an indulgence and how can a person obtain it?

A Rosary is held during prayer. shutter (photo: Kzenon / Shutterstock)

1471 – The doctrine and practice of indulgences in the Church are closely linked to the effects of the sacrament of Penance.

What is an indulgence?

“An indulgence is a remission before God of the temporal punishment due to sins whose guilt has already been forgiven, which the faithful Christian who is duly disposed gains under certain prescribed conditions through the action of the Church which, as the minister of redemption, dispenses and applies with authority the treasury of the satisfactions of Christ and the saints.” 81

“An indulgence is partial or plenary according as it removes either part or all of the temporal punishment due to sin.” 82 The faithful can gain indulgences for themselves or apply them to the dead. 83

The punishments of sin

1472 – To understand this doctrine and practice of the Church, it is necessary to understand that sin has a double consequence. Grave sin deprives us of communion with God and therefore makes us incapable of eternal life, the privation of which is called the “eternal punishment” of sin. On the other hand every sin, even venial, entails an unhealthy attachment to creatures, which must be purified either here on earth, or after death in the state called Purgatory. This purification frees one from what is called the “temporal punishment” of sin. These two punishments must not be conceived of as a kind of vengeance inflicted by God from without, but as following from the very nature of sin. A conversion which proceeds from a fervent charity can attain the complete purification of the sinner in such a way that no punishment would remain. 84

Some examples of partial indulgences:

— A partial indulgence is granted the Christian faithful who devoutly spend time in mental prayer.

— A partial indulgence is granted the Christian faithful who read sacred Scripture with the veneration due God’s word and as a form of spiritual reading. The indulgence will be a plenary one when such reading is done for at least one-half hour [provided the other conditions are met].

— A partial indulgence is granted to the Christian faithful who devoutly sign themselves with the cross while saying the customary formula: “In the name of the Father, and of the Son, and of the Holy Spirit. Amen.”

— Priests who administer the sacraments to the Christian faithful who are in a life-and- death situation should not neglect to impart to them the apostolic blessing, with its attached indulgence.

What an Indulgence Is Not

It is not a permission to commit sin, nor a pardon of future sin; neither could be granted by any power. It is not the forgiveness of the guilt of sin; it supposes that the sin has already been forgiven. It is not an exemption from any law or duty, and much less from the obligation consequent on certain kinds of sin, e.g., restitution; on the contrary, it means a more complete payment of the debt which the sinner owes to God. It does not confer immunity from temptation or remove the possibility of subsequent lapses into sin. Least of all is an indulgence the purchase of a pardon which secures the buyer’s salvation or releases the soul of another from Purgatory. The absurdity of such notions must be obvious to any one who forms a correct idea of what the Catholic Church really teaches on this subject.