What is papal infallibility? 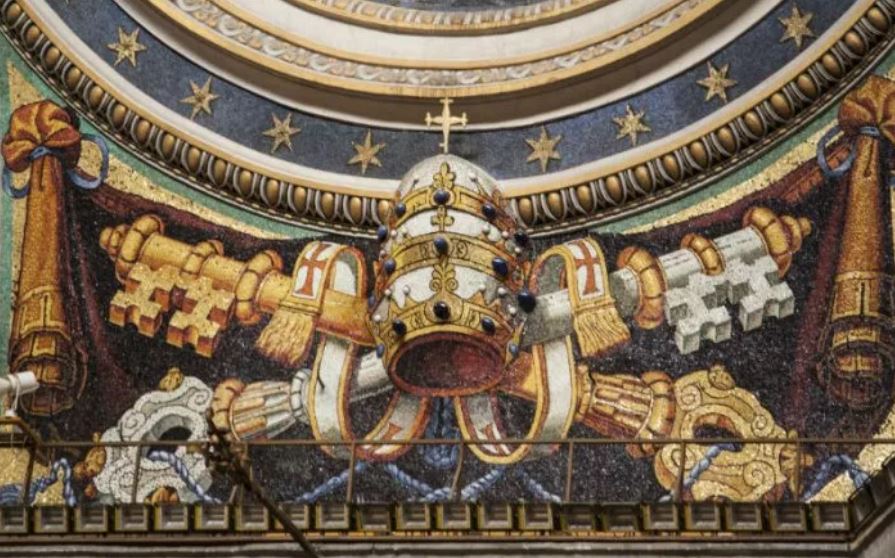 What is papal infallibility?

891 – “The Roman Pontiff, head of the college of bishops, enjoys this infallibility in virtue of his office, when, as supreme pastor and teacher of all the faithful – who confirms his brethren in the faith he proclaims by a definitive act a doctrine pertaining to faith or morals.

The evidence that papal infallibility is part of the Christian Faith comes from three sources.

Such passages as: “Thou art Peter and upon this rock I will build my Church; to you I give the keys to the Kingdom of Heaven. Whatever you bind on earth is bound in heaven; whatever you loose on earth is loosed in heaven”, and “Do you love me, Peter. Feed my sheep”, and “I have prayed for you, Peter, that your faith may not fail. You in turn must confirm your brethren”, have always been taken to refer to a special role for Peter in the establishment of the Church, and special divine protection for Peter in the exercise of his authority.

From the earliest times we see the bishops of Rome acting as if they had special authority in succession from St. Peter, and we also see the rest of the Church accepting their authority as if they knew it was genuine. Thus, Pope Clement wrote to settle a problem in the Church of Corinth before the end of the 1st century. During the first few hundred years of Church history, moreover, many who were accused of heresy appealed from every corner of the known world to Rome for vindication or condemnation. The Fathers too repeatedly attest to the authority of the Roman See. And the Popes always had the decisive word at general councils, as when the Fathers of the Council of Chalcedon said in response to the Papal definition of the two natures of Christ, “Peter has spoken through Leo”—and accepted it unhesitatingly.

It is clear even from Scripture that Peter had a special commission and special powers from Christ to care for the flock of Christ, to bind and loose, and to confirm his brothers in faith—indeed he had the very powers of the keys to the Kingdom. Obviously, these powers were essential to the Church as constituted by Christ. And Christ promised to be with the Church always to the end of time, and said that the powers of hell would not prevail against it.

Now, clearly Christ knew that Peter would not live until the end of time, so he must have intended that the power he gave to Peter would be carried on until His return. After all, Peter was to feed “my” (Christ’s) sheep, and so was serving as the vicar of Christ in Christ’s absence. When Peter died, a new vicar would take his place, and so on, until Christ returned to claim his own. The parable of the steward awaiting his Master’s return is very much to the point.

Since the successors of Peter have the same Petrine authority, which comes ultimately from Christ, to bind and loose, they have the authority to bind the faithful in matters pertaining to salvation—that is, in faith or morals. Now, if a Pope could bind the faithful to error, it would be a clear triumph of the powers of Hell, because the entire Church would be bound to follow the error under Christ’s own authority. Obviously, this cannot happen.

Therefore, the logic of the situation demands that the Petrine power of confirming the brethren must be an infallible power. When the Pope intends by virtue of his supreme authority to teach on a matter of faith and morals to the entire Church, he must be protected by the Holy Spirit from error—else the powers of hell would prevail.

Further, it is not a new thing. It was precisely defined at Vatican I in order to clarify what was at that time a confusing issue, but this was by way of stating clearly what Christ’s teaching was, not by way of adding anything new. Vatican I therefore carefully enumerated the conditions under which the Pope was in fact infallible—the same conditions which logic demands, which Scripture suggests, and which tradition shows us in action down through the centuries.

When the Pope (1) intends to teach (2) by virtue of his supreme authority (3) on a matter of faith and morals (4) to the whole Church, he is preserved by the Holy Spirit from error. His teaching act is therefore called “infallible” and the teaching which he articulates is termed “irreformable”.