What is the history and meaning of Christmas? 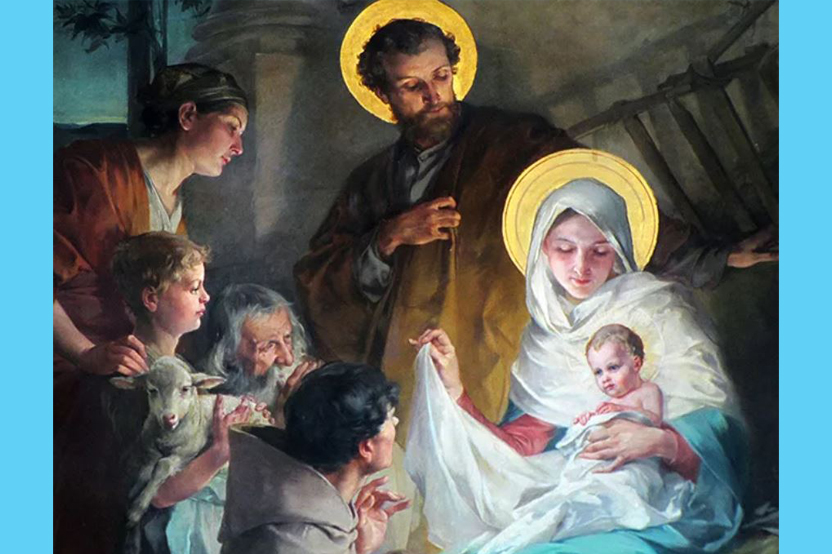 What is the history and meaning of Christmas?

526 – To become a child in relation to God is the condition for entering the kingdom.205 For this, we must humble ourselves and become little. Even more: to become “children of God” we must be “born from above” or “born of God”.206 Only when Christ is formed in us will the mystery of Christmas be fulfilled in us.207 Christmas is the mystery of this “marvelous exchange”:

O marvelous exchange! Man’s Creator has become man, born of the Virgin. We have been made sharers in the divinity of Christ who humbled himself to share our humanity.208

The History of Christmas

Hippolytus of Rome, in his commentary on the Book of the Prophet Daniel, written in about A.D. 204, was the first person to say clearly that Jesus was born on 25 December. Moreover, some exegetes note that the Feast of the Dedication of the Temple of Jerusalem, instituted by Judas Maccabee in 164 B.C., was celebrated on that day. The coincidence of dates would consequently mean that with Jesus, who appeared as God’s Light in the darkness, the consecration of the Temple, the Advent of God to this earth, was truly brought about.

For Christianity the Feast of Christmas acquired its definitive form in the fourth century when it replaced the Roman Feast of the Sol invictus, the invincible sun. This highlighted the fact that Christ’s Birth was the victory of the true Light over the darkness of evil and sin.

However, the special, intense spiritual atmosphere that surrounds Christmas developed in the Middle Ages, thanks to St Francis of Assisi who was profoundly in love with the man Jesus, God-with-us.

The Saint’s first biographer, Thomas of Celano, recounts in his Vita Secunda that St Francis “Over and above all the other Solemnities, celebrated with ineffable tenderness the Nativity of the Child Jesus, and called ‘the Feast of Feasts’ the day on which God, having become a tiny child, suckled at a human breast” (cf. Fonti Francescane, n. 199, p. 492). This particular devotion to the mystery of the Incarnation gave rise to the famous celebration of Christmas at Greccio.

The Meaning of Christmas

Thanks to St Francis, the Christian people were able to perceive that at Christmas God truly became the “Emmanuel”, the God-with-us from whom no barrier nor any distance can separate us.

Thus, in that Child, God became close to each one of us, so close that we are able to speak intimately to him and engage in a trusting relationship of deep affection with him, just as we do with any newborn baby.

In that Child, in fact, God-Love is manifest: God comes without weapons, without force, because he does not want to conquer, so to speak, from the outside, but rather wants to be freely received by the human being. God makes himself a defenceless Child to overcome pride, violence and the human desire to possess.

In Jesus, God took on this poor, disarming condition to win us with love and lead us to our true identity. We must not forget that the most important title of Jesus Christ is, precisely, that of “Son”, Son of God; the divine dignity is indicated with a term that extends the reference to the humble condition of the manger in Bethlehem, although it corresponds uniquely to his divinity, which is the divinity of the “Son”.