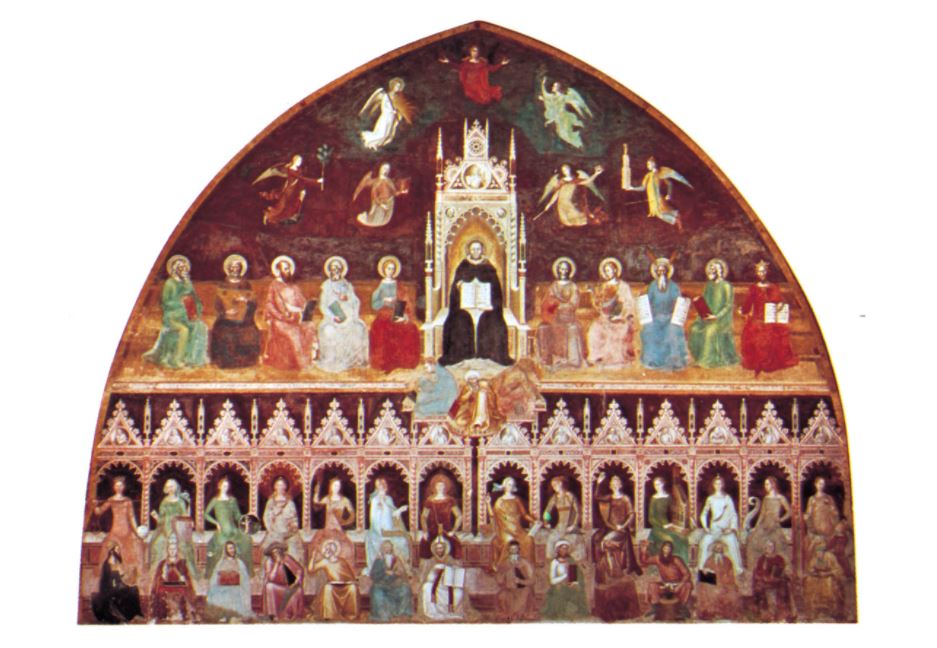 The requisite conditions to be named a Doctor of the Church are enumerated as three:

2 – A high degree of sanctity

3 – Proclamation by the Church

Pope Benedict XIV (1675-1758) explains the third as a declaration by the supreme pontiff or by a general council. But though general councils have acclaimed the writings of certain Doctors, no council has actually conferred the title of Doctor of the Church. In practice the procedure consists in extending to the universal church the use of the office and mass of a saint in which the title of doctor is applied to him. the decree is issued by the Congregation of Sacred Rites and approved by the pope, after a careful examination, if necessary, of the saint’s writings. It is not in any way an ex cathedra decision, nor does it even amount to a declaration that no error is to be found in the teaching of the Doctor. It is, indeed, well known that the very greatest of them are not wholly immune from error. No martyr has ever been included in the list, since the Office and the Mass are for Confessors. Hence, as Benedict XIV points out, St Ignatius, St Irenaeus, and St Cyprian are not called Doctors of the Church.

Doctors of the Church

St Alphonsus Liguori (1696-1787). Patron of confessors and moralists. Founder of the Redemptorists.

St Ambrose (340-97). One of the four traditional Doctors of the Latin Church. Opponent of Arianism in the WeSt Bishop of Milan.

St Augustine (354-430). Bishop of Hippo. One of the four traditional Doctors of the Latin Church. Doctor of Grace.

St Basil the Great (329-79). One of the Three Cappadocian Fathers. Father of monasticism in the East.

St Bernard of Clairvaux (1090-1153). Cistercian. Called Mellifluous Doctor because of his eloquence.

St Cyril of Alexandria (376-444). Patriarch. Opponent of Nestorianism. Made key contributions to Christololgy.

St Cyril of Jerusalem (315-87). Bishop and opponent of Arianism in the East.

St Gregory I the Great (540-604). Pope. Fourth and last of the traditional Doctors of the Latin Church. Defended papal supremacy and worked for clerical and monastic reform.

St Gregory of Nazianzus (330-90). Called the Christian Demosthenes because of his eloquence and, in the Eastern Church, the Theologian. One of the Three Cappadocian Fathers.

St Hilary of Poitiers (315-68). Bishop. Called the Athanasius of the West.

St Isidore of Seville (S60-636). Archbishop, theologian, historian. Regarded as the most learned man of his time.

St Jerome (343-420). One of the four traditional Doctors of the Latin Church. Father of biblical science.

St John Chrysostom (347-407). Bishop of Constantinople. Patron of preachers and called Golden- Mouthed because of his eloquence.

St John of the Cross (1542-91). Joint founder of the Discalced Carmelites. Doctor of Mystical Theology.

St Lawrence of Brindisi (1559-1619). Vigorous preacher of strong influence in the post-Reformation period.

St Leo I the Great (400-61). Pope. Wrote against Nestorian and Monophysite heresies and errors of Manichaeism and Pelagianism.

St Robert Bellarmine (1542-1621). Jesuit. Defended doctrine under attack during and after the Reformation. Wrote two catechisms.

St Therese of Lisieux (1873-1897). French Carmelite nun. Known as the Little Flower, her autobiographical “Story of a Soul” has become a spiritual classic, inspiring millions to follow her “Little Way” of holiness. Already Patroness of the Missions, she was proclaimed the third woman Doctor of the Church by Pope John Paul II on October 19th, 1997.

What Is Superstition And Which Com...

What is an indulgence and how can...