Campaign seeks to unite a million children in praying the rosary 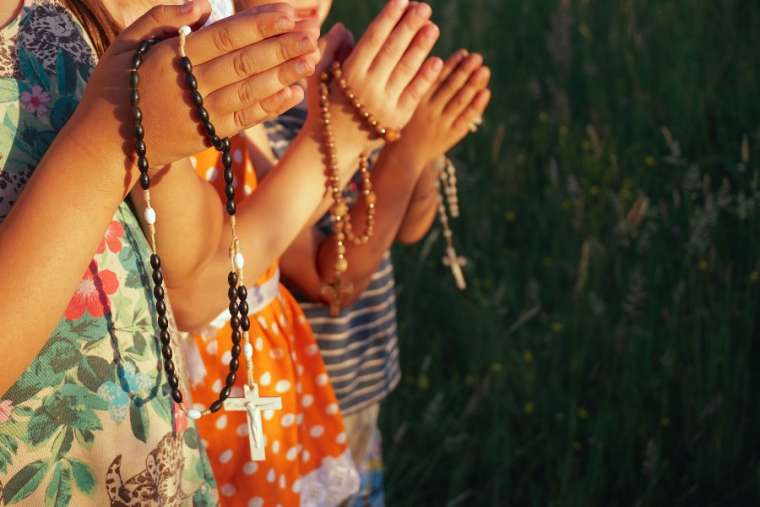 Campaign seeks to unite a million children in praying the rosary

A Catholic charity hopes to bring together a million children worldwide to pray the rosary this Sunday.

Aid to the Church in Need (ACN) is seeking to unite the children Oct. 18 in praying for peace and the end of the coronavirus pandemic, which has killed more than a million people around the world.

A spokeswoman for ACN International told CNA Oct. 13 that the “One Million Children Praying the Rosary” campaign was “going very well.”

She said that in the past week alone almost 75,000 more people had registered their intention to join in the event on theofficial website.

She added that ACN had sent information about the prayer initiative to 80 countries in 23 languages. She highlighted anonline mapthat shows that children from Iceland to New Zealand have registered to take part.

Many people who were preparing to join in had not yet registered on the website, she explained.

Pope Francis offered his support for the event after the Angelus Oct. 11.

He said: “Next Sunday, Oct. 18, the Aid to the Church in Need Foundation promotes the ‘One Million Children Praying the Rosary’ campaign for unity and peace.”

“I encourage this beautiful event that involves children throughout the world, who will pray especially for critical situations caused by the pandemic.”

ACN is a pontifical foundation, established in 1947, that helps persecuted Christians and others in pastoral need. Each year it supports more than 5,000 projects in over 140 countries.

ACN holds the prayer event annually on Oct. 18, the feast of the Gospel writer St. Luke.

The initiative originated in the Venezuelan capital, Caracas, in 2005. According to the official website, children were praying the rosary at a wayside shrine when “several of the women in attendance strongly felt the presence of the Virgin Mary.”

“They immediately thought of St. Padre Pio’s promise: ‘When one million children pray the rosary, the world will change,’” the website said.