Can Working From Home Make Your Life Better? 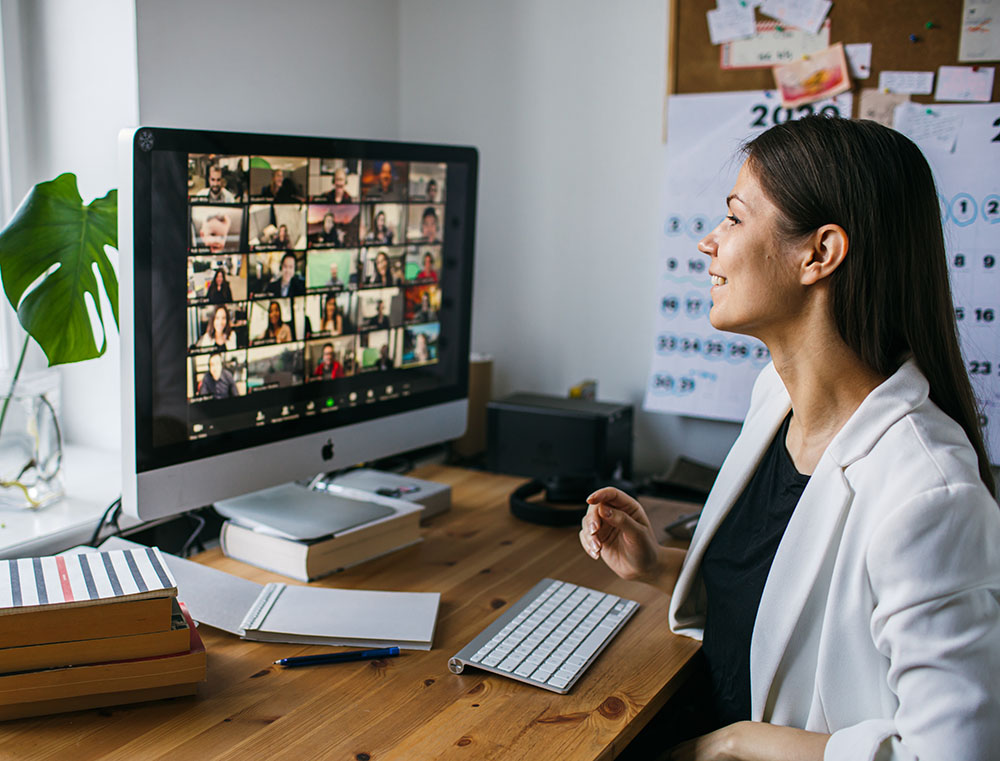 Can Working From Home Make Your Life Better?

There is something mysterious about the whole COVID-19 episode — for the Church, for the world, but especially for the world of work.

COVID-19 has dominated two secular conversations, one on public health and the other on the economy. With regard to the latter, we have witnessed the rapid growth of a relatively recent phenomenon — namely, working from home (WFH).

WFH is not new. The WFH tag, however, has often met with a raised eyebrow and a knowing look. WFH has, in the past, been seen as a way of spending time away from the office without too much attention being paid to the work at hand while at home. The reason for this is self-evident. Until recent times, WFH has been all but impossible in most occupations. For workers and employees, whether blue or white collar, to carry out required tasks, they have needed to report somewhere.

In the last 20 years, as the digital revolution took hold, many decided to work from home as for some it became ever possible to work from anywhere. The shift from office to home was slower than the technology that enabled it, however, and the reason for this was all too human. Many people needed — welcomed even — leaving home and reporting to a workplace. The “work/life balance” mantra seemed to be better served by this clear differentiation between one’s home life and one’s work environment. Many enjoyed, too, the sociability of the workplace. For some, guiltily, it was a relief to leave the pressures of family life to escape into a world where there was a different set of challenges that called on other aspects of the personality. In short, the workplace provided variety to one’s life.

But there were other more negative connotations associated with WFH. The ambitious looked out for rivals WFH. A well-timed wry smile and comment from someone in the office could convey the message that a WFH colleague wasn’t really serious about or committed to the work at hand.

Between 1993 and 2017, the average number of sick days for British workers, according to the Office of National Statistics (ONS), halved from 7.2 days per year to 4.1. In the City of London in recent years an unhealthy culture has grown up: as many, in hope of promotion, have worked longer and longer hours. These workers hoped to show the company bosses and their colleagues how committed they were to their work — and sometimes, by default, how uncommitted others were. Many companies colluded in this too prevalent culture of “presenteeism”.

This changed in 2020 with the coming of COVID-19. In one fell swoop, a virus no one had ever heard of capsized office-culture almost overnight. Offices, and the commutes via public transport to those offices, became unsafe. WFH became no longer an option for some but rather a necessity for many.

During this period of enforced home-time, the millions who normally commute in and out of London each day have started to scratch their heads, wondering how they do the same amount of work at home while saving, on average, four hours of commuting time a day — that’s 20 hours per week, 80 hours per month, 960 hours per year, six weeks per year. And remember: this is time traveling — not work time and certainly not time for which people get paid, but rather time they spend standing in overcrowded trains and underground tubes that are often late, and that are now perceived as dangerous places to one’s health.

Therefore, for many a workplace revolution is underway. For a start, who would turn down the prospect of six weeks extra vacation per year? What’s more, will anyone willingly go back to spending that six weeks standing in a crowded and possibly disease-ridden train? That’s six weeks more time to spend with the family. That’s four hours extra a day to pray, to read, to take exercise, to play with the children, to talk to one’s spouse, to learn a language, and so on.

Traditionally, face-to-face interactions have been seen as the best form of business communication for establishing relationships and shaping collaboration. But the recent lockdown has proved that it is still possible to be productive without meeting people in the flesh. Interestingly, this revelation has exposed many bad habits formed over years in the workplace. According to a 2018 survey by eShare, the average U.K. employee has 4.4 meetings per week, over half of which those surveyed thought unnecessary. On average, workers are spending 5 hours and 47 mins per week in these meetings, and nearly five hours preparing for them. All of that time spent unnecessarily could be at an end due to WFH.

On the last day of May 2020, only 22 passengers boarded flights at London’s Gatwick Airport. Normally, that airport’s traffic is around 60,000 passengers per day. And with this decline in air travel comes the end of foreign business travel for many. And for many the soulless morning flights from dull airports is an experience to which they would gladly say goodbye if there was an alternative possibility to doing business. COVID-19 made such travel redundant. Instead, it has moved Zoom and other video meetings, and the whole concept of virtual business meetings, mainstream in a way that even six months ago could not have been envisaged. Zoom usage alone has soared from 10 million daily meeting participants back in December 2019 to approximately 300 million users in April 2020.Via computer you can speak to someone in London in the morning, to another in Los Angeles in the afternoon and to someone else in Sydney in the evening. People like the convenience; they also like the fact it is more informal, and what you lose in not being together is made up by the fact that you can meet more often.

For some, workplaces are, have been, or might be a source of temptation and sin. Temptations such as leaving one’s spouse for a work colleague are lessened in the virtual Zoom-dominated world; the excesses of business trips nullified; the backbiting and gossip of the office silenced. Instead, simply the work at hand becomes the focus rather than the “noise” that surrounds it. And this seems to be something most people desire. Late last year, Zapier surveyed 900 U.S. “knowledge workers” — people who primarily work in an office setting and use a computer — and found that 95% wanted to work remotely and 74% would be willing to quit a job in order to do so.

There is something mysterious about the whole COVID-19 episode, for the Church, for the world, but especially for the world of work. No one quite knows how the virus will disrupt the economy in the short term never mind the longer term. Yet, good can come out of evil and if this virus ends the 19th-century working practices we are all too familiar with, then, for my money, that’s not such a bad thing for many individuals and their families.