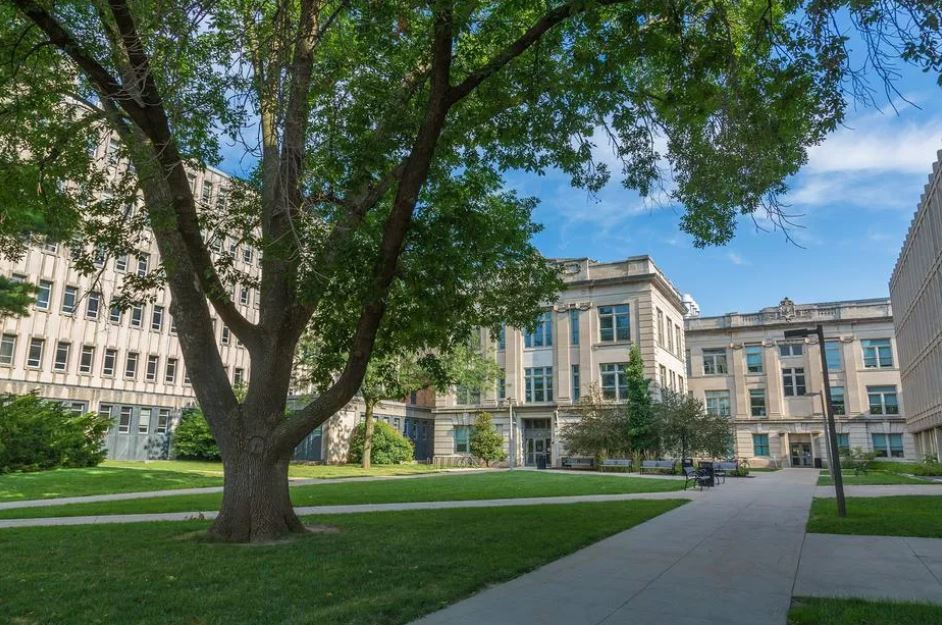 Whether public or private, they will lose federal funding if they stifle free speech and religious freedom, according to new rules from the Department of Education.

The suppression of free speech on U.S. campuses has become a disturbing and apparently permanent feature of daily life in our universities. Now, at last, the Department of Education has intervened. We shall have to wait and see whether, as a result, the notorious liberal “cancel culture” is actually weakened. But new rules from the department do at least promise to make life difficult for those countless colleges where speech is curtailed as a matter of official policy.

Put simply, college administrators, public and private, have been put on notice that they will lose federal funding if they stifle free speech and religious freedom. The department’s new “Religious Freedom and Free Inquiry” ruleis a response to a 2019executive orderfrom President Donald Trump and reflects the administration’s determination to dismantle key aspects of “cancel culture.” (Note that it’s taking a similarly pugnacious line on college-sanctioned racism hysteria. The president of Princeton, having melodramatically declared that his university was institutionally racist, has just beentoldthat he must therefore account for the millions of federal dollars that Princeton has accepted on the strict understanding that it doesn’t discriminate on grounds of race.)

The Department of Education’s threat to withhold funds is intended to “help ensure that public institutions uphold fundamental rights guaranteed by the First Amendment to the U.S. Constitution and that private institutions adhere to their stated institutional policies regarding freedom of speech, including academic freedom.”

Lest you think the Department of Education is overstepping itself, these new rules don’t grant it any sort of policing power over higher education. Instead, action is authorized only when there has been “a final, non-default judgment by a state or federal court.” State and federal courts, the department recognizes, have a “well-developed body of case law to determine whether a public institution has violated the First Amendment, or whether a private institution has violated its own stated institutional policies.”

But there is, however, a loophole for colleges that harass students who hold the “wrong” views, and it’s one that the Supreme Court has the opportunity to close this fall.

The loophole is that sometimes a college will deny a student’s right to free speech and then quickly change its policies in order to avoid censure. But that is little consolation to the student whose constitutional rights were trampled on in the first place. Let’s look at the disturbing background toUzuegbunam v. Preczewski, which is the case that will be heard by the Supreme Court this coming term.

Back in 2016, Chike Uzuegbunam, a born-again Christian, was ordered by school officials at Georgia Gwinnett College to stop handing out pamphlets in a campus play and talking about the Gospel with students as they passed by. He was told he would have to reserve time in what the school called its “speech zone” — that is, a small area, less than 1% of the campus, where the school magnanimously allowed students to exercise First Amendment rights that are supposed to extend over the whole of the United States (and for only 10% of the week).

Uzuegbunam duly reserved time in the “speech zone,” only for the school to find a sneaky way of shutting him up. Gwinnett officials said that Chike’s sharing his faith “arguably rose to the level of ‘fighting words,’” a category of speech unprotected by the First Amendment.

And then, having silenced this passionate Christian, and attracted bad publicity in the process, Gwinnett backed down and amended its policies to allow for speech in any outdoor area of campus. Uzuegbunam’s case was taken up by the Alliance Defending Freedom (ADF), but two federal courts declined to address whether the college violated the students’ First Amendment rights because Gwinnett modified its unconstitutional speech policies after the case was filed.

Thankfully the Supreme Court agreed to take the case. We shall have to see what happens, but at least this alarming incident has thrown a spotlight on the dystopian regimes that operate in many public universities.

But what about private colleges and universities? Sadly, they are not all that different from their public counterparts when it comes to suppressing speech. Because these schools do not operate with the authority of the government, they are not constrained by the First Amendment. Consequently, the Department of Education’s new rules “do not require a private institution to ensure freedom of speech, including academic freedom, unless it chooses to do so through its own stated institutional policies.”

One provision of the department’s free-speech portion of the rules strengthens religious institutions. It specifically states that such schools “may define their free speech policies as they choose in a manner consistent with their mission.”

The Department of Education’s new rules are extremely welcome. Not only do they protect academic freedom by advancing free inquiry, but they also insist on the fair treatment of religious student organizations at public colleges and universities. This additional clarification is essential, particularly as college and university administrators embrace “secular orthodoxy” on campus. Under the new rules, faith-based student groups must be allowed to operate without undue interference from school administrators.

Such guidance from the federal government comes none too soon for religious student groups at the University of Iowa. For the last three years, university officials have targeted and kicked off campus religious student groups with standards for leadership consistent with the groups’ ideology and mission. Becket law group — the religious-liberty lawyers who represent the Little Sisters of the Poor in their objection to the Affordable Care Act’s “contraceptive mandate” — is pressing university officials to stop their blatant religious discrimination. The U.S. Court of Appeals for the 8th Circuit heard oral argument recently in theappealon behalf of one group, Business Leaders in Christ (BLinC). The argument is simple: The university should be held accountable for such clear violations of students’ constitutional rights.

The 2020-21 academic year at colleges and universities across the country is under way. With its new rules promoting free inquiry and religious freedom on campus, the Department of Education has given school officials a reminder they must safeguard the guarantees of free speech and religious freedom. This may be the most important lesson learned on campus this year.