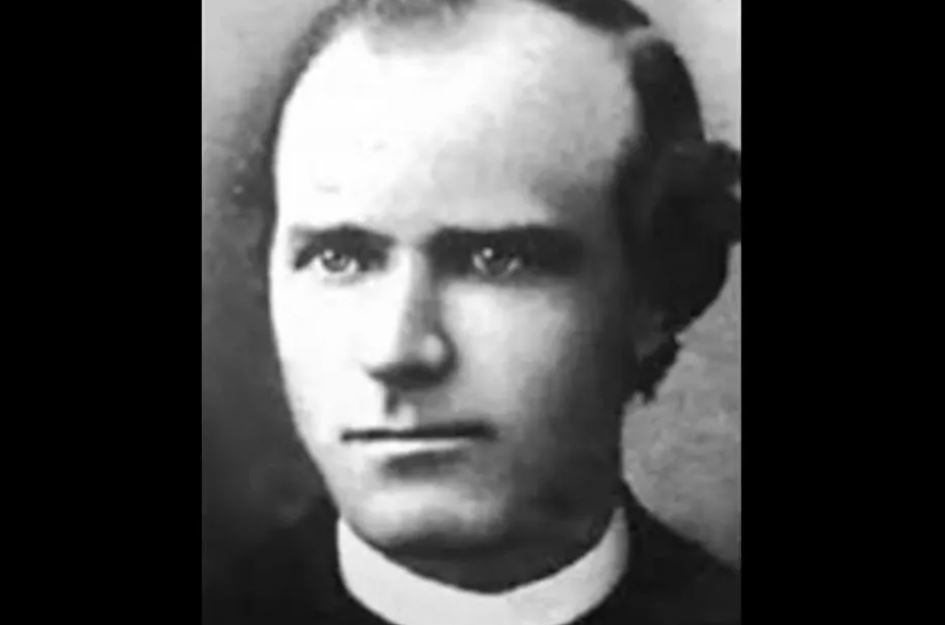 Father Patrick Ryan refused to abandon his flock. During the yellow fever epidemic of 1878, four-fifths of the population of Chattanooga, Tennessee, fled to avoid the life-threatening disease. But even as the yellow fever ravaged the city, with most patients succumbing within days of their exposure, the young priest continued to go from house to house in the worst-infected area of the city, offering sacraments and prayer for the sick and needy.

Not unexpectedly, Father Ryan himself contracted the disease — but even then, he continued to minister to his flock until two days before his death. Father Ryan was diagnosed on Sept. 26, 1878, and died just two days later at the age of 33.

Who Was Father Patrick Ryan?

Patrick Ryan was born in 1845 near Nenagh, Ireland, the county seat of Tipperary County. When his family was evicted from their home, the parents emigrated with their children to New York, where Patrick lived and attended school. He had always felt a longing for the priesthood, so in 1866 he enrolled in the seminary at St. Vincent’s College in Cape Girardeau, Missouri. He was, according to a report from one classmate, “one of the soundest and most reliable students in the seminary and was noted for his common sense.”

After his ordination in 1869, Father Ryan was assigned as pastor of Clarksville, Tennessee, and its missions. For three years, he ministered to the people of Clarksville, Cedar Hill, Edgefield Junction and the outlying territories. But Nashville’s Bishop Patrick Feehan recognized in Father Ryan an energy and an enthusiasm for serving God’s people, and he transferred the young priest to Chattanooga, where a rapidly growing Catholic population called for strong spiritual leadership. With few priests available to serve the rural communities, Father Ryan routinely traveled to parishes in Chattanooga and throughout the southeastern counties of Tennessee.

During the six years that Father Patrick Ryan served as pastor of Saints Peter and Paul parish in Chattanooga, he earned a reputation as a dedicated and hardworking priest. “He was cheerful and chatty,” wrote Father George Flanigen inThe Centenary, a chronicle of the parish which was published in 1952. He spearheaded a much-needed expansion program at the parish, updating parish buildings and persuading the Dominican Sisters of St. Cecilia to send four sisters to operate Notre Dame de Lourdes Academy as well as a “select school,” a private school open to students of all faiths.

Despite the school’s success, it had to be closed two years later when the dreaded yellow fever arrived in Chattanooga. The building was converted into a hospital and orphanage, caring for the children left behind by parents who had died in the epidemic. When Father Ryan became ill from the disease, he received the Last Rites from his younger brother, Father Michael Ryan, who had come to Chattanooga anticipating a happy visit with his brother but instead found illness and death.

A New Kind of Martyrdom

One hundred forty-two years after the young priest’s death, on Sept. 28, the Diocese of Knoxville opened the first session in Father Ryan’s cause for canonization. Father Ryan’s case falls under a new category of Christian life called the Offering of Life, which was established by Pope Francis on July 11, 2017. “Offering of life” is a category that may be applied when a Servant of God has died prematurely through an offering of their life for love of God and neighbor. The “offering of life” is a new category which is added to the three traditional paths to beatification — martyrdom, a life of heroic virtue and the very rare “exceptional cases.” While similar to martyrdom, this is different in that it does not require the presence of a persecutor.

Speaking of those who have made an “offering of life” in his apostolic letterMaiorem Hac Dilectionem(Greater Love Than This), Pope Francis wrote:

They are worthy of special consideration and honor, those Christians who, following in the footsteps and teachings of the Lord Jesus, have voluntarily and freely offered their lives for others and have persevered until death in this regard.It is certain that the heroic offering of life, suggested and supported by charity, expresses a true, full and exemplary imitation of Christ, and therefore deserves the admiration that the community of the faithful usually reserves to those who have voluntarily accepted the martyrdom of blood or have exercised in a heroic degree the Christian virtues.

Bishop Rick Stika, bishop of the Diocese of Knoxville, recognized the generous spirit which compelled Father Ryan to serve his community, even though it cost his life. “Father Ryan,” Bishop Stika said,

…truly had the heart of a priest. He gave himself completely to people of all backgrounds and faiths. He saw the presence of God in all people and refused to abandon anyone in order to protect his own life. I find it a blessing to know that at this moment of a pandemic, we have the example of Father Patrick Ryan!

Deacon DeGaetano had helped to assemble the many documents which together help to make the case for Father Ryan’s sanctity. Among the initial files, he told the Register, are a report from the historical commission, testimonies from individuals, and photos. The case will be reviewed by a confidential tribunal, and as postulator, Deacon DeGaetano will not be present for those meetings.

As the Cause for Canonization moves forward, Deacon Gaspar will welcome information from people who may have heard stories about him, or who have prayed for his intercession. A prayer card is available, and Deacon Gaspar has offered to send one to anyone who contacts him at his email,deacongaspar@me.com.

Prayer for the Intercession of Father Patrick Ryan

Heavenly Father, Through the intercession

of the Servant of God, Patrick Ryan,

may I be granted the favor I seek…

I ask this in the name of Jesus, Your Son,

who lives and reigns with You and

the Holy Spirit, one God, forever and ever.

Into Great Silence with Saint Brun...