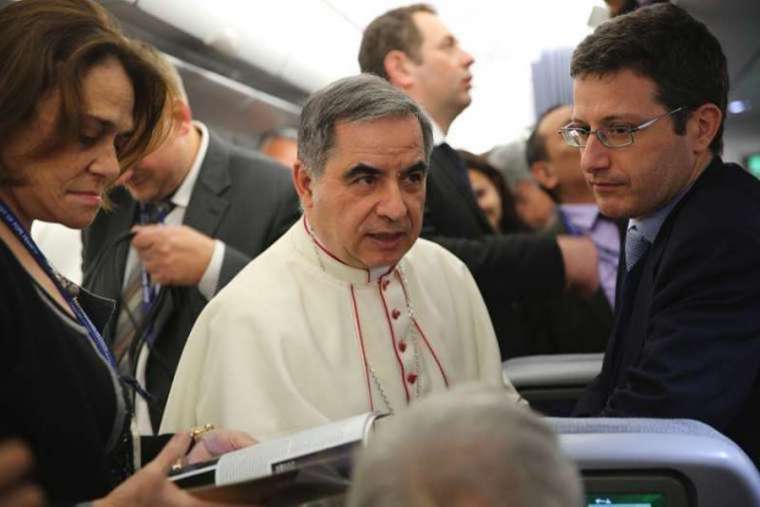 The lawyer representing Cardinal Angelo Becciu has resigned over criticism of his social media activities.

Ivano Iai, who had been handling legal and media matters for the cardinal and his family, announced that he had withdrawn from the case after criticism of pictures he posted on social media.

Iai, apparently a recreational body-builder, posted a series of photographs of himself in revealing swimwear on different social media sites, including Instagram and Twitter. In the photos, Iaiappearsin seaside settings, and strikes a number of attitudes and poses, including arching backwards across a rock and sporting playfully in the surf.

Iai served as attorney and spokesman for Cardinal Becciu and his family after the cardinal’s resignation last week. The lawyer confirmed to CNA Sept. 29 that he had quit the role.

“I gave up the job,” Iai said in a statement sent to CNA on Tuesday, saying he was “sorry” that his social media presence had added to the difficulties of the cardinal and his family.

“With great sorrow I communicate that I have renounced the mandate given to me by the Becciu family who honored me with their uncommon trust and affection,” Iai said.

Iai’s resignation comes, according to the lawyer, after mounting criticism and mockery online of his social media presence, including by the tabloid site Dagospia.

The lawyer told Italian news site Adnkronos that images he posted of himself were meant to be “lighthearted” and he “never ever” imagined they would create a problem for his high-profile clients.

“It saddens me to have had to be the cause of further affliction which adds to the unjust sufferings suffered in these days by His Eminence Cardinal Becciu and his family members,” Iai said in his statement to CNA. The lawyer called the Becciu family “examples of uncommon honesty and correctness – and worthy of having the best defense in a matter so very complex.”

Becciu, the former head of the Congregation for the Causes of Saints, resigned on Thursday following an unscheduled meeting with Pope Francis in which the pope told the cardinal he had lost his trust and ordered him to step down. The following morning, Italian newspaper L’Espresso published a story accusing Becciu of using his positions in the curia to funnel money to members of his own family.

The cardinal’s resignation followed more than a year of reporting by CNA and other news outlets on various financial scandals involving Becciu and the Holy See’s Secretariat of State, where he served as sostituto for seven years, until he was made a cardinal and placed in charge of the Congregation for the Causes of Saints in 2018.

Many of those reports stemmed from the Secretariat’s controversial investments, including the purchase of a London property for hundreds of millions of dollars.

Since October, investigators in Vatican City have conducted several raids on different Vatican departments in connection with the London property deal and connected investments.Investigators raidedoffices at the secretariat and the AIF, the Vatican’s financial watchdog, seizing computers and phones and resulting in the suspension of several members of staff.

After those raids, investigators also raided the home and offices of Msgr. Alberto Perlasca, who worked closely with Becciu at the Secretariat of State.

In July, Italian police served a search and seizure warrant on Raffaele Mincione, anassociate of Torzi’s, through whom the Vatican invested hundreds of millions of dollars. The warrant was issued at the request of Vatican prosecutors.Investigators took away cell phones and tabletsfor examination in relation to the case. Mincione has repeatedly denied any wrongdoing, and earlier this year fileda lawsuitagainst the Secretariat of State in a U.K. court, asking a judge to rule he acted in good faith in his dealings with the Vatican.

Iai’s most recent communication on behalf of Cardinal Becciu, released Monday, announced that he had filed complaints on behalf of the Becciu family “for violation of the criminal provisions on slander and aggravated defamation and prohibition of disclosure of office and investigation secrets, [and] cases of corruptive malpractice.”

Iai said that “the illegal leakage of confidential information and documents continuously disclosed by the media in a distorted and disparaging form” had “led to the committing of further crimes and the infringement of the rights of various interested parties.”

Iai did not specify which media were the subject of his complaints, or to what authority he had submitted them.