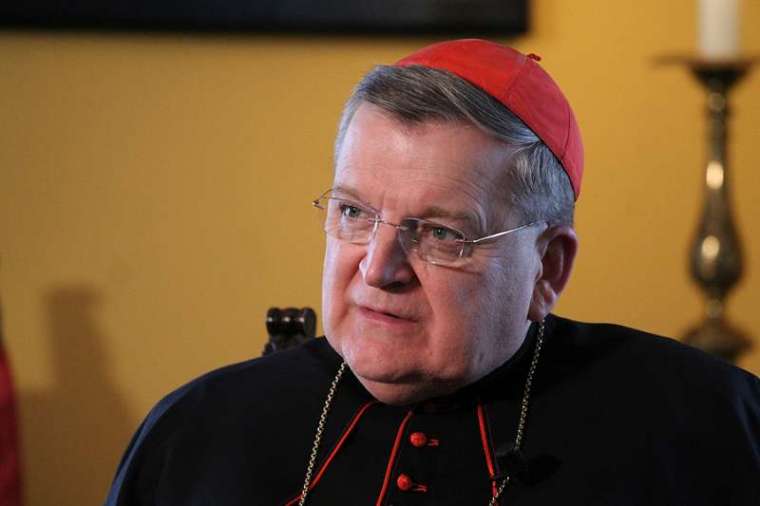 Biden “is not a Catholic in good standing and he should not approach to receive Holy Communion,” Burke said in an Aug. 31 interview with Thomas McKenna, who as head of an organization called Catholic Action for Faith and Family periodically conducts interviews with the cardinal.

“This is not a political statement, I don’t intend to get involved in recommending any candidate for office, but simply to state that a Catholic may not support abortion in any shape or form because it is one of the most grievous sins against human life, and has always been considered to be intrinsically evil and therefore to in any way support the act is a mortal sin.”

Asked specifically about Biden, Burke said he “has not only been actively supporting procured abortion in our country but has announced publicly in his campaign that he intends to make the practice of procured abortion available to everyone in the widest possible form and to repeal the restrictions on this practice which have been put in place.”

“So, first of all, I would tell him not to approach Holy Communion out of charity toward him, because that would be a sacrilege, and a danger to the salvation of his own soul.

“But also he should not approach to receive Holy Communion because he gives scandal to everyone. Because if someone says ‘well, I’m a devout Catholic’ and at the same time is promoting abortion, it gives the impression to others that it’s acceptable for a Catholic to be in favor of abortion and of course it’s absolutely not acceptable. It never has been it never will be.”

Buke was the Bishop of La Crosse, Wisconsin and the Archbishop of St. Louis before in 2008 he was appointed prefect of the Supreme Tribunal of the Apostolic Signatura, the highest canonical court in the Church. The cardinal was the Signatura’s prefect until 2014 and remains a member of the court.

In 2007, Burke published in the prestigious canonical journal “Periodica” a scholarly article on the admission of Catholics in grave public sin to Holy Communion. The article is regarded by many canon lawyers as the definitive scholarly and technical treatment of the subject.

In the interview, obtained by CNA Tuesday, Burke said it is the historic teaching of the Church that those in a condition of grave sin should not be admitted to Holy Communion, citing St. Paul’s admonition in 1 Corinthians, that anyone who “eats the bread or drinks the cup of the Lord in an unworthy manner will be guilty” and “eats and drinks judgment on himself.”

The cardinal discussed the notion of scandal, saying that “scandal means that you lead others into wrong thinking and wrong acting by your example.”

“If people were perhaps questioning in their mind about abortion, and they see this man who pronounces himself to be a devout and he’s promoting abortion in the strongest possible way, this leads people into error thinking well it must be morally acceptable to commit abortion and so the person then bears responsibility — not only the person who gives the scandal, not only for his own wrong actions in supporting abortion but also for leading others into thinking that abortion is acceptable,” Burke said.

“I can’t imagine that any Catholic wouldn’t know that abortion is a grievous sin, but if they don’t, once they’ve been told, then they either have to cease to support abortion or accept the fact they are not a Catholic in good standing and therefore should not present themselves for Holy Communion,” he added.

Burke explained that when he, as a diocesan bishop, became aware of pro-choice politicians in his dioceses, it was his practice to contact them “to make sure that they understood.”

If, after a conversation about the Church’s teaching on human life, they were “still unwilling to act accordingly then I simply had to tell them ‘you may not present yourselves for Holy communion,’” the cardinal explained.

Burke’s comments drew from canons 915 and 916 of the Code of Canon Law, which explain that a person conscious of grave sin should not approach Holy Communion without first making a sacramental confession, and that Catholics “obstinately persevering in manifest grave sin are not to be admitted to holy communion.”

Among U.S. bishops, disagreement over the meaning of the canon, and its application to pro-choice Catholic politicians, has been ongoing since John Kerry’s 2004 presidential campaign.

In 2004, Cardinal Joseph Ratzinger, then head of the Church’s doctrinal office, wrote a memorandum to the U.S. Catholic bishops, explaining the application of canon 915 to the question of pro-choice politicians.

The case of a Catholic politician who is “consistently campaigning and voting for permissive abortion and euthanasia laws” would constitute “formal cooperation” in grave sin that is “manifest,” the letter explained.

In such cases, “his pastor should meet with him, instructing him about the Church’s teaching, informing him that he is not to present himself for Holy Communion until he brings to an end the objective situation of sin, and warning him that he will otherwise be denied the Eucharist,” Ratzinger wrote.

If the individual perseveres in grave sin and still presents himself for Holy Communion, “the minister of Holy Communion must refuse to distribute it.”

Shortly after Ratzinger wrote that memo, the U.S. bishops agreed the application of those norms should be decided by individual bishops, rather than by the bishops’ conference, largely under the influence of Theodore McCarrick, then-Archbishop of Washington, who paraphrased the letter, which was not yet publicly available, but did not present it in its entirety to the bishops.

Some bishops have prohibited politicians advocating for “permissive abortion laws” from receiving communion, but others have demurred, or said outright they would not deny such politicians the Eucharist.

Asked by a journalist, Cardinal Timothy Dolan of New York said in October that he would not deny Biden Holy Communion. Before that, in January 2019, Dolan had said that he would not deny the Eucharist to New York’s Governor Andrew Cuomo, who signed into law one of the most permissive abortion laws in the country’s history.

Biden’s own shepherd, Bishop William Malooly, has said in the past that he does not want to “politicize” Holy Communion by denying it to politicians. Washington, D.C.’s ordinary, Archbishop Wilton Gregory, has said that the Eucharist should be denied only as a last resort, and is not on record as ever having done so.

Biden was in October 2019 denied the Eucharist at a South Carolina parish.

“Holy Communion signifies we are one with God, each other and the Church. Our actions should reflect that. Any public figure who advocates for abortion places himself or herself outside of Church teaching,” Fr. Robert Morey, pastor of St. Anthony Catholic Church in the Diocese of Charleston, told CNA after Biden was denied Holy Communion.

CNA reportedafter Biden was denied Holy Communion that the policy of the Charleston diocese requires priests to withhold the sacrament from politicians and political candidates who support legal protection for abortion.

“Catholic public officials who consistently support abortion on demand are cooperating with evil in a public manner. By supporting pro-abortion legislation they participate in manifest grave sin, a condition which excludes them from admission to Holy Communion as long as they persist in the pro-abortion stance,” says a 2004 decree signed jointly by the bishops of Atlanta, Charleston, and Charlotte.

In the interview released this week, Burke responded to those who say that Catholics ought not judge the interior dispositions of pro-choice poltiicians,among them Fr. James Martin, SJ,who was mentioned specifically by McKenna.

“We judge people on the basis of objective facts. On their actions, their public record, their public statements, and certainly, Vice President Biden hasn’t left any doubt in anyone’s mind what his position is. He clearly knows what the Church’s teaching is,” Biden said.

“God put an order into the world, killing, directly killing an unborn human life is evil no matter how you look at it….and of course the conscience can’t justify it in any way,” Burke added.

“Our heart isn’t something that’s hidden, our heart manifests itself in our actions. As our Lord said, we know the tree by its fruit,” the cardinal said.

Speaking on scandal, Burke recounted the story of a non-Catholic government official he knew who said he expected that Catholic teaching might change, or that the Church must not take it seriously because, Burke said, of the number of Catholics in Congress who voted for permissive abortion legislation.

“The Church’s teaching on aboriton will never change because it’s part of the natural moral law. It’s part of the law which God has written on every human heart, namely that human life is to be safeguarded, and protected and promoted.” 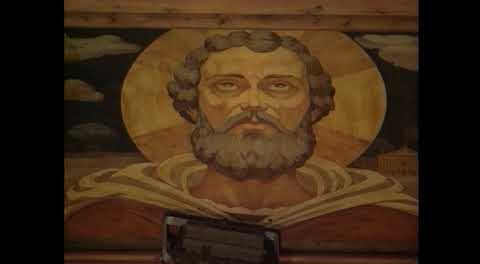