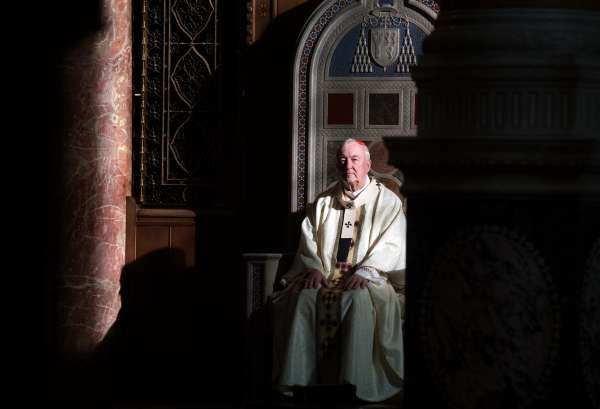 CNA Staff, Nov 20, 2020 / 01:00 pm (CNA).- Cardinal Vincent Nichols said Friday that he was committed to overseeing a major overhaul of safeguarding procedures in England and Wales following an independent report that sharply criticized his handling of abuse cases.

The Catholic Church in England and Wales announced sweeping changes to its child protection system Nov. 20, 10 days after the Independent Inquiry into Child Sexual Abuse (IICSA) issued a scathing report on the Church.

In a personal statement shared with journalists at a press conference Friday, the cardinal said that the report had “brought together a picture of abuse inflicted in the Catholic Church over a period of 50 years.”

“It is a terrible picture,” he said. “I remain shocked and ashamed. It is a reality that hangs like a dark cloud over my heart and mind.”

Nov. 20 saw the publication of an independent review of safeguarding measures in the Catholic Church England and Wales, commissioned by the bishops in October 2019. The review, overseen by child protection expert Ian Elliott, recommended significant changes to the Church’s safeguarding structures.

Asked if he was the right person to lead the reform of the Church’s safeguarding measures, Nichols told reporters: “I have no wish whatsoever to turn my back on this challenge, no wish to walk away at all. I want to be there. I want to do everything I can to take these important recommendations forward.”

Nichols, who turned 75 on Nov. 8, will continue to serve as president of the bishops’ conference of England and Wales. The day after his 75th birthday, he announced that Pope Francis had accepted his resignation as archbishop of Westminster but that he would remain in post donec aliter provideatur (until further provision is made).

The bishops of England and Wales studied both the IICSA report and the Elliott Review at their plenary meeting this week.

In a collective statement Friday, they said that they accepted all 15 of the review’s recommendations, which included creating a new body, known as the Catholic Safeguarding Standards Agency (CSSA), as a professional standards agency for dioceses and religious orders.

The report also called for the creation of a reference panel, within the CSSA, composed of abuse survivors who would offer their views on “proposed policy and practice developments.”

In addition, it recommended the formation of a National Tribunal Service to “address the canonical matters connected to clergy discipline and canonical offences.”

The bishops described the review as “a searching analysis of our safeguarding work, in its weaknesses and strengths.”

They said: “It proposes a number of remedial and forward-looking recommendations, which accord with the IICSA Report’s own recommendations. The work of implementation will begin immediately.”

The bishops added that all Church members would be “required to work to clear, published standards of behavior and action.”

“Most significantly, the Elliott Report has been fashioned with the participation of survivors of abuse,” they said. “Their insight and wisdom has been crucial. We thank them for their great courage and generosity in working with us and we look forward to continuing this growing collaboration.”