Cardinal Parolin: Church financial scandals ‘must not be covered up’ 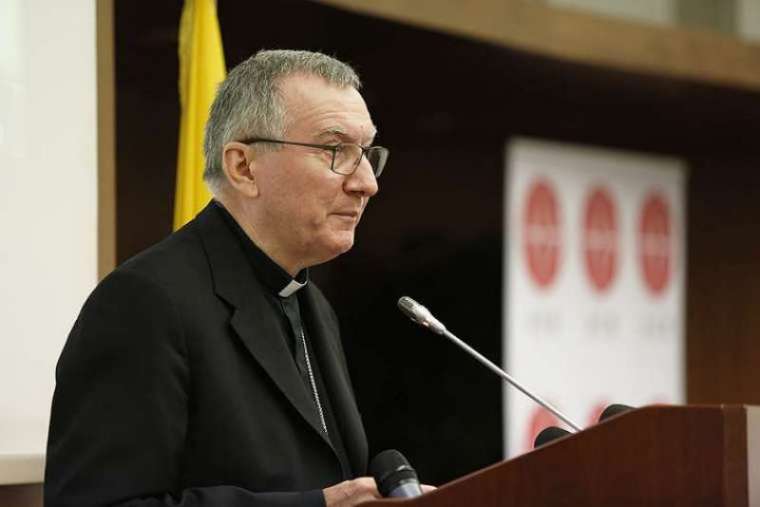 Cardinal Parolin: Church financial scandals ‘must not be covered up’

In an interview Thursday, Cardinal Pietro Parolin, the Vatican Secretary of State, spoke about uncovering financial scandal, saying that hiding scandal increases and entrenches it.

“Mistakes must make us grow in humility and push us to convert and improve, but they do not dispense us from our duties,” the Vatican Secretary of Statetold the Italian cultural association Ripartelitalia Aug. 27.

Asked if “scandals and inefficiencies” hurt the Church’s credibility to propound economic ethics, the cardinal said “errors and scandals must not be covered up, but recognized and corrected or sanctioned, in the economic field as in others.”

“We know well that the attempt to hide the truth does not lead to healing the evil, but to increase and entrench it,” Parolin stated. “We must learn and respect with humility and patience” the requirements of “fairness, transparency, and economic competence.”

“In fact, we must recognize that we have often underestimated them and realized this with a delay,” he continued.

Cardinal Parolin said this is not only an issue in the Church, “but it is true that good witness is expected in particular from those who present themselves as ‘teachers’ of honesty and justice.”

“On the other hand, the Church is a complex reality made up of fragile, sinful people, often unfaithful to the Gospel, but this does not mean that she can renounce announcing the Good News,” he stated.

The Church, he added, “will not be able to renounce affirming the requirements of justice, of service to the common good, of respect for the dignity of work and of the person in economic activity.”

The cardinal explained this “duty” is not a matter of triumphalism, but of being a companion to humanity, helping it “to find the right path thanks to the Gospel and the right use of reason and discernment.”

The Secretary of State’s comments come as the Vatican faces a massive income shortfall, months of financial scandal, and an international banking inspection slated for the end of September.

In May, Fr. Juan A. Guerrero, S.J., prefect of the Secretariat for the Economy, said in the wake of the coronavirus pandemic, the Vatican is forecasting a reduction in income between 30%-80% for the next fiscal year.

Guerrero dismissed suggestions the Holy See could default, but said “that doesn’t mean that we are not naming the crisis for what it is. We’re certainly facing difficult years.”

Cardinal Parolin himself was involved in one of the Vatican’s controversial financial dealings.

Last year, he claimed responsibility for arranging a Vatican loan to a bankrupt Italian hospital, the IDI.

Parolintold CNA in November 2019he also arranged with Cardinal Donald Wuerl a grant from the U.S.-based Papal Foundation to cover the loan when it could not be repaid.

The cardinal said the arrangement was “carried out with fair intentions and honest means,” but that he felt “compelled” to address the matter “in order to put an end to a controversy that takes away time and resources from our service to the Lord, to the Church and to the Pope, and disturbs the conscience of many Catholics.”