Cardinal Parolin in Ars for feast of St John Vianney 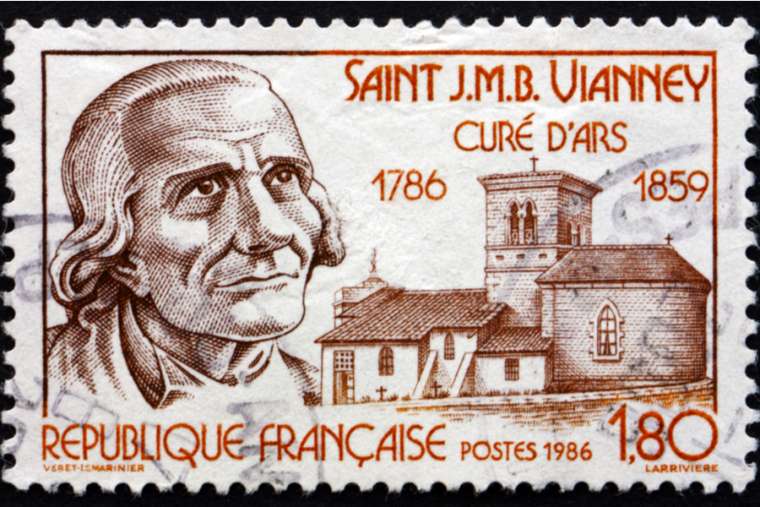 Cardinal Parolin in Ars for feast of St John Vianney

Cardinal Pietro Parolin, Vatican Secretary of State, was in Ars Tuesday for the feast of St. John Vianney, the patron of priests.

Parolin offered Mass at the Ars shrine, where St. John Vianney is buried, Aug. 4. He later gave a speech on the saint.

The Curé of Ars, as St. John Vianney was known, is “very relevant,” Parolin said in his homily. “In these difficult times, he teaches us to transmit joy and hope through the witness of our personal life.”

The cardinal also called the saint an example of holiness for all Catholics, because he “teaches us that intimate personal union with Christ helps to conform our desires to the will of God, fills us with joy and happiness, helps us to be salt and light of the world.”

St. John Vianney, Parolin said, is an example of a priest “who comes close to all with tenderness and does not reject those who are wounded in their existence and sinners in their spiritual life.”

Vianney warned people away from the “traps and stratagems of the demon,” including acedia, “that sweet sadness which paralyzes the mind and prevents it from persevering in prayer and in the mission,” Parolin stated.

In his homily, he recalled Benedict XVI’s characterization of St. John Vianney in 2010 as “a model of priestly ministry in our world.”

Parolin pointed out that though there are priests who have been led astray, the examples of good priests “who, in a constant and transparent manner, devote themselves entirely to the good of others” outnumber them.

The cardinal urged people to pray for priests and for priestly vocations “as our first intention of prayer, which we all entrust to the particular intercession of the Holy Curé of Ars.”

Later, in his address titled “Pope Francis and priests on the way with the people of God,” Parolin gave a reflection on St. John Vianney and the “principles which can guide pastoral ministry in our 21st century.”

According to Parolin, the Curé of Ars was a priest who “went out” in search of lost sheep to rebuild the flock, despite the challenges of a post-revolution, de-Christianized France.

“It is not the first time that the Church is forced to renew her missionary commitment,” Parolin said.

“Faced with the novelty of the situations we are facing, the Holy Spirit stimulates creativity to find the best way to approach others,” he continued. “The Holy Father asks that creativity in the Spirit is also empathy in the same Spirit.”

The cardinal also stressed the intense prayer life of Vianney, his dedication to preparing his homilies well, and his charity to the poor.

The saint is best known for his giftedness as a confessor: “His art of listening, of advising, his mercy attracted more and more penitents,” Parolin noted.

Pope Francis “is inexhaustible on the theme of confession because it is the sacrament of mercy,” he added.

“You know that nowadays many faithful no longer go to confession or go very little,” requiring priests to have patience and to constantly teach about mercy and the essential nature of the sacrament, he said.

Parolin concluded his address with a prayer from Pope Francis: “Remember, Lord, your covenant of mercy with your children, the priests of your people. May we be, with Mary, the sign and sacrament of your mercy.”