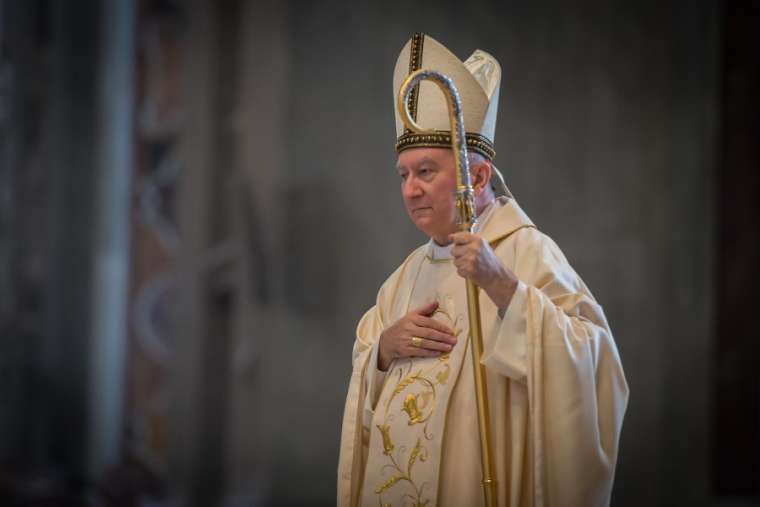 Cardinal Pietro Parolin has written an introduction to a book describing the continuity between Pope Francis and his predecessor Pope Emeritus Benedict XVI.

The book, published Sept. 1, is entitled“Una Sola Chiesa,”meaning “OnlyOne Church.” It is a compilation of papal catecheses that places the words of Pope Francis and Benedict XVI side by side on more than 10 different topics, including faith, sanctity, and marriage.

“In the case of Benedict XVI and Pope Francis, the natural continuity of the papal magisterium has a unique feature: the presence of a pope emeritus in prayer next to his successor,” Parolin wrote in the introduction.

The Vatican Secretary of State highlighted both the “spiritual consonance of the two popes and the diversity of their style of communication.”

“This book is a lasting sign of this intimate and profound closeness, presenting side by side the voices of Benedict XVI and Pope Francis on crucial issues,” he said.

In his introduction, Parolin recounted that Pope Francis’ concluding speech at the 2015 Synod on the Family included citations of Paul VI, John Paul II, and Benedict.

The cardinal used this as an example to express that “the continuity of the papal magisterium is the path followed and carried out by Pope Francis, who in the most solemn moments of his pontificate always referred to the example of his predecessors.”

Parolin also described the “lively affection” that exists between the pope and the pope emeritus, quoting Benedict assayingto Francis on June 28, 2016: “Your goodness, evident from the moment of your election, has continually impressed me, and greatly sustains my interior life. The Vatican Gardens, even for all their beauty, are not my true home: my true home is your goodness.”

The 272-page book was published in Italian by Rizzoli press. The editor of the compilation of papal speeches was not disclosed.

The Vatican Secretary of State called the book a “primer on Christianity,” adding that it touches on the topics of faith, the Church, the family, prayer, truth and justice, mercy and love.

“The spiritual consonance of the two popes and the diversity of their communicative style multiply the perspectives and enrich the experience of the readers: not only the faithful but all the people who, in an age of crisis and uncertainty, recognize in the Church a voice capable of speaking to the needs and aspirations of man,” he said.