MORE FROM EWTN
FAITH & RESOURCES
Welcome to EWTN GB - Global Catholic Television Network - Copyright ©
Trending News
HomeArticleCardinal Zen on China: ‘There is Nothing More to Do Other Than Prayer’

Cardinal Zen on China: ‘There is Nothing More to Do Other Than Prayer’ 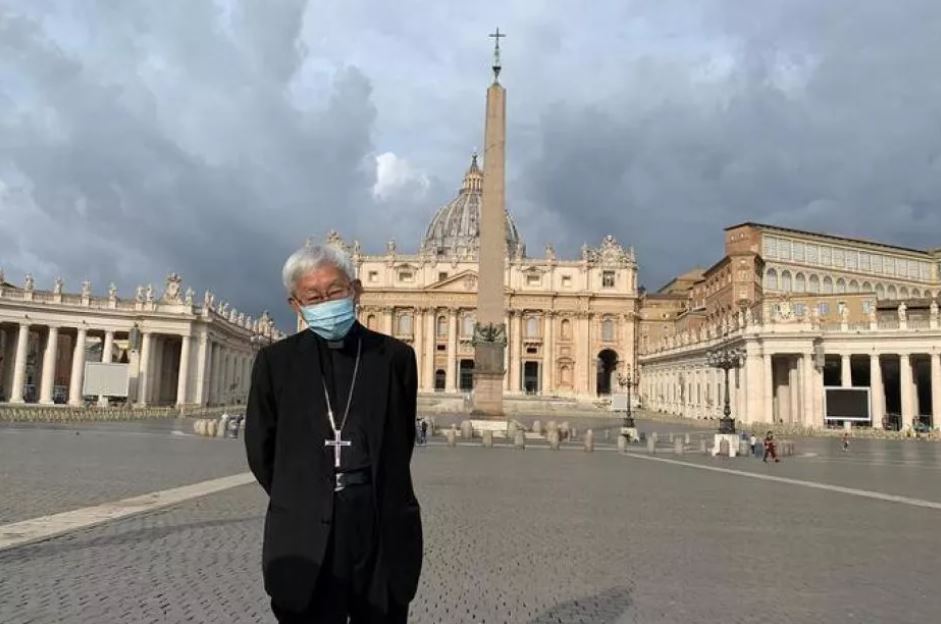 Cardinal Zen on China: ‘There is Nothing More to Do Other Than Prayer’

Cardinal Zen has criticized the lack of transparency over the Vatican’s handling of China.

By Bree A. Dail

Cardinal Joseph Zen Ze-kiun returned to Hong Kong from Rome Sunday, after seeking a meeting with Pope Francis. The purpose for the trip, he told the Register, was primarily to advocate for the elevation and installation of a new bishop successor in a city facing ongoing protests and a strong-armed response from the Chinese Communist Party-backed regional government.

The 88-year old bishop emeritus of Hong Kong told the Register the visit is likely his last. “I do not believe I will return again,” he said. “My legs do not work so well, now, for these long trips.”

Hong Kong has beenwithout a bishopsince the death of Bishop Yeung Ming-cheung in early 2019. In the interim,Cardinal John Tong Hong has overseen the diocese, to include representing the Vatican engaging the regional government . The city has faced increasing tension since 2019, after the regional governmentproposed a billthat permitted extradition of “fugitive criminals.”

Cardinal Zen hassought to interveneseveral times, advocating for the freedoms that were promised by the Chinese , including a “high degree of autonomy” and democratic rights, when the region was returned by Great Britain in 1997. Last week, he traveled to Rome for the second time since the Hong Kong see’s vacancy to advocate, in person, for a new bishop.

“As I did last year, I handed a letter to a secretary at Casa Santa Marta, hoping to see the Holy Father. I let him know how urgent it was, and how I was here only for a short time,” Cardinal Zen told the Register. He explained his anxiety that a bishop “who is trusted by the people” be installed as soon as possible, as the faithful in both Hong Kong and China grow increasingly wary of what is being seen as political posturing by the Vatican.

“The Vatican seems to be guessing the mind of Beijing — always seeking to anticipate what Beijing will do, always appeasing. It seems they areafraid to nominate Bishop Ha(Bishop Joseph Ha Chi-shing) as doing so may offend Beijing,” said the cardinal.

Bishop Joseph Ha Chi-shing is acurrent auxiliary bishopof the diocese. He has publicly supported human rights protesters in Hong Kong and is thus perceived by some to be antagonistic to Beijing.

“Bishop Ha has never done anything — not like me — to cause trouble,” said Cardinal Zen.

To have “the blessing of Beijing” means, today, with the national security law, to support their goal — which is to silence any voice claiming freedom and democracy,” he told the Register.

Cardinal Zen and others have said that Bishop Ha originally was the Vatican’s first choice for Hong Kong.

“They retracted this because of fear of Beijing,” said Cardinal Zen. “Then, this other nomination — and then they suspended that decision after knowing [Father Choy] would not be accepted by the people. So, now the Vatican has put aside both and are looking for a third candidate.”

This situation is why, Cardinal Zen explained, he returned to Rome last week to seek a meeting with the Pope. “It seems to me after one and a half years, the Holy Father must hear from his people in Hong Kong. I am afraid, after so long, that Cardinal Parolin and Cardinal Tong have procrastinated in order to try and go back to Beijing’s favorite” he said. “So I have come to Rome once more for my people, and for the Pope.”

Renewal of the Sino-Vatican Deal

Cardinal Zen’s concerns extend beyond the Church in Hong Kong. He continues to express his frustration over the Sino-Vatican Deal, a 2018provisional agreementheaded by the Vatican’s secretary of state, Cardinal Pietro Parolin and the Chinese Communist Party.

Outside the recognition of seven “independent” bishops (once excommunicated due to their election by the Chinese government), and a “pastoral document” that directs clergy in the underground and persecuted Church to register with the government, details of the agreement are unknown — even to Cardinal Zen. Last week, Vatican PressinterviewedCardinal Parolin, who confirmed the secret deal is expected to be renewed this month.

“The Holy See has done three things to kill our Church. The first is this secret document, this secret deal with Beijing. Because it is secret, the government can use it to demand from the people anything in the name of the Pope,” Cardinal Joseph Zen told the Register.

“The second horrible act was to legitimize the seven schismatic bishops,” said Cardinal Zen, referencing the lifting of excommunications, and recognition ofseven bishopscreated by the Chinese communist state within the state-established Chine Patriotic Catholic Association.

“The third, and even more terrible is this document for registration — to sign a document joining the independent church? That’s apostasy! I raised my voice, I wrote a letter to the Pope, and then to all the cardinals of the world, and nothing happened. This is incredible,” the Cardinal said.

Cardinal Zen presented the latter document, which he strongly protested in a number of “dubia,” to Pope Francis and the College of Cardinals, last year, and has still not been addressed by the Vatican.

The Register asked Cardinal Zen why he believed Pope Francis remains silent on Chinese religious persecution and the protests and violence in Hong Kong, especially after aleakedVatican Press release indicated he would speak during his Juky 5 Angelus, only to have retracted at the last moment.

“I already asked the Holy Father, I already put it in my letter to him this week. I said to him, ‘This silence is terrible. We have lost credibility with our people.’”

Cardinal Zen noted three possible reasons that speculate why Pope Francis withdrew his Angelus comments. “Some said, Pope Francis had second thoughts about speaking out. This is, obviously, a simple and possible conclusion,” said the cardinal. “A second position — maybe even more possible — that the embargoed press release made it to the Chinese Embassy, and they may have put pressure on the Pope to not speak.”

“The third — and I find this terrible — is that the Pope was being a clever politician,” said Cardinal Zen, referring to speculation that circulated through the media. “That he permitted this statement to be released to the press so that the people would read it and see he really cares for Hong Kong, but then he knows that Beijing would put pressure on him, and so he willingly refrained from reading it, but succeeds in appealing to both sides.”

What Are the Solutions?

Seeing the continued delay from the Vatican, the conflicts in Hong Kong and the continued persecution in China, the Register asked Cardinal Zen what the Western world could do to aid him.

“Nothing. I’ve done more than I can, and there is nothing more to do other than prayer,” said the cardinal. “If tomorrow, the Vatican chooses this bishop, blessed by Beijing — if they appoint this bad bishop for Hong Kong, my job is finished. I will choose to disappear.”

Continued Cardinal Zen, “My last act of protest will be to do just that, to now disappear with everyone knowing why. I put this in my last will and testament — that my bones shall not be placed in the cathedral, I do not want to be buried with such men. I will be buried in a simple cemetery with what remains of the faithful people of God.”