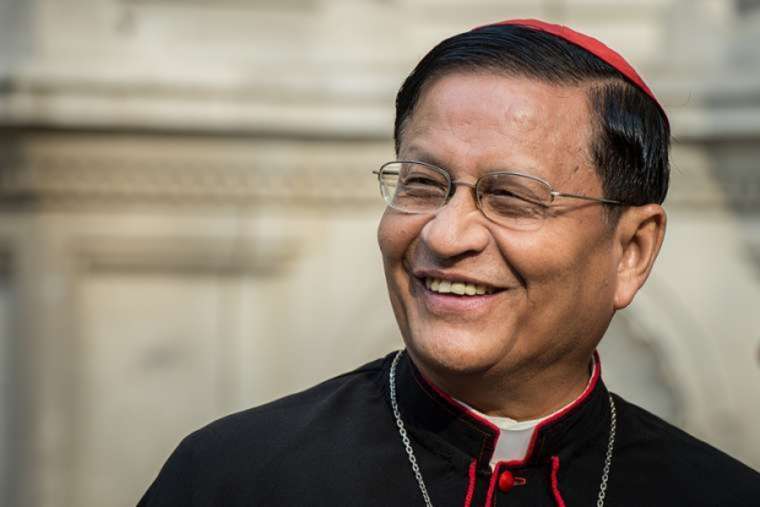 The Chinese government’s treatment of Uyghurs is “one of the most egregious human tragedies since the Holocaust,” two Asian cardinals and 74 other religious leaders wrote in a statement released August 8.

Cardinal Charles Maung Bo, archbishop of Yangon and president of the Federation of Asian Bishops Conferences, and Cardinal Ignatius Suharyo, archbishop of Jakarta, Indonesia, were among the 76 signatories calling for “prayer, solidarity and action to end these mass atrocities” against the Muslim minority in China.

“After the Holocaust, the world said ‘Never Again.’ Today, we repeat those words ‘Never Again’, all over again. We stand with the Uyghurs. We also stand with Tibetan Buddhists, Falun Gong practitioners and Christians throughout China who face the worst crackdown on freedom of religion or belief since the Cultural Revolution,” thestatementsaid.

“We make a simple call for justice, to investigate these crimes, hold those responsible to account and establish a path towards the restoration of human dignity,” it states.

The letter’s signatories — which include the former Archbishop of Canterbury Rowan Williams and other Muslim, Jewish, Buddhist, and Christian leaders — cited China’s incarceration of one million Muslims and campaign of forced sterilization among the “many persecutions and mass atrocities.”

According to multiple reports, anywhere from 900,000 to 1.8 million Uyghurs and other ethnic minorities have been imprisoned in Xinjiang, China’s far northwest province. The government has set up more than 1,300 detention camps where survivors have reported being subjected to political and anti-religious indoctrination, torture, beatings, and forced labor.

The AP reported on June 29 that many Uyghurs had also reported being forced by authorities to implant IUDs and take other forms of birth control, as well as being forced to undergo abortions and sterilizations in order to enforce China’s family planning policies. One expert told the AP that the campaign is “genocide, full stop.”

In addition, authorities have set up a system of mass surveillance in the region to track the movements of people, one that includes DNA sampling and facial recognition technology, as well as predictive policing platforms.

The religious leaders’ statement asserted that the forced sterilization of Uyghur women of childbearing age campaign in four Uyghur-populated prefectures could elevate this action to the level of genocide according to the 1948 Genocide Convention.

“The clear aim of the Chinese authorities is to eradicate the Uyghur identity. China’s state media has stated that the goal is to ‘break their lineage, break their roots, break their connections and break their origins,’” the statement reads.

“Parliamentarians, governments and jurists have a responsibility to investigate,” it states. “As faith leaders we are neither activists nor policy-makers. But we have a duty to call our communities to their responsibilities to look after their fellow human beings and act when they are in danger.”

Twenty rabbis and 19 imams signed the statement, as did the representative of the Dalai Lama in Europe and the Coptic-Orthodox Archbishop of London Archbishop Angaelos. Other Catholic signatories include Bishop Declan Lang of Clifton, UK and Fr. Nicholas King, a chaplain at the University of Oxford.

Human rights advocate Benedict Rogers responded to the statement by asking when Pope Francis and Archbishop of Canterbury Justin Welby will speak out about the plight of the Uyghurs in China.

“Perhaps they have had their reasons for biding their time until now. Yet now that so many of their own clergy are speaking out, the world will be looking to these two spiritual leaders for their response,” Rogers wrote Aug. 10. “When it comes to genocide, crimes against humanity and mass atrocities, the world expects faith leaders to take a stand.”