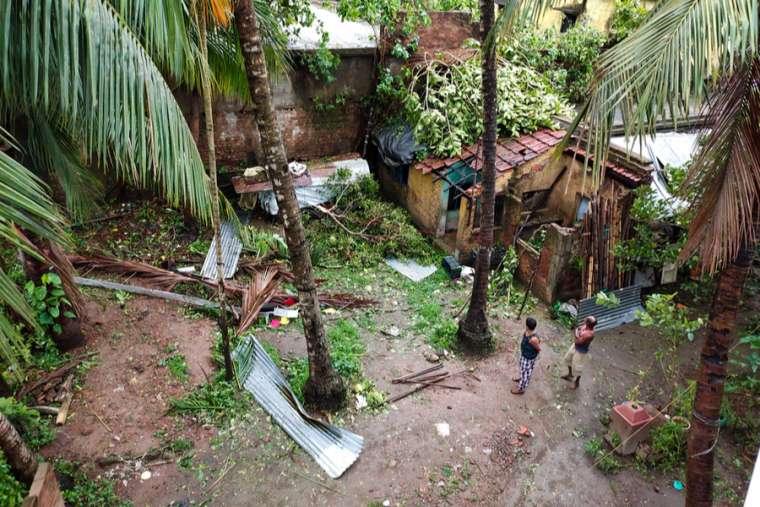 Catholic Relief Services is among the agencies providing aid to those impacted by Cyclone Amphan in Bangladesh and eastern India. The storm killed at least 96, millions were evacuated, and Kolkata was devastated.

The cyclone made landfall in India May 20, and it dissipated the following day. It brought winds of as much at 160 mph, and waves up to 15 feet.

Kolkata, a city of 4.5 million, was without power for at least 14 hours, and its roads were flooded.

“Initially they were not willing to evacuate, because they were weighing between the risk of the cyclone and the invisible risk of Covid-19,” Snigdha Chakroborty, CRS’ Bangladesh country director, told PBS NewsHour May 20 of local residents.

“They do not have income, they do not have homes, they also lost their crops in the field. So basically it a devastating and painful situation that they will have to live with now.”

CRS and Caritas have indicated there are immediate needs for shelter, potable water, sanitation, and hygiene.

Ahead of the storm, the groups indicated they had “pre-positioned emergency supplies” and were “supporting efforts to clean evacuation centers and procure critically needed supplies in local markets.”

Archbishop Thomas D’Souza of Calcutta has asked Church officials to open their facilities to those rendered homeless by the cyclone, according to UCA News. The “top priority is to arrange food for so many people who have lost everything,” he told the independent Catholic news source.