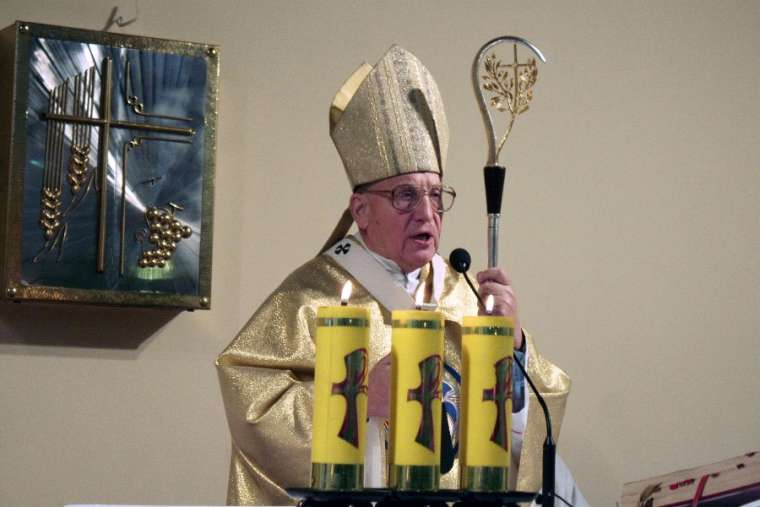 According to an Aug. 18reporton the website of the Catholic Church in Belarus, Archbishop Tadeusz Kondrusiewicz addressed the appeal to the country’s Interior Minister Yuri Karaev.

Kondrusiewicz, the Archbishop of Minsk-Mohilev and president of the Catholic Episcopal Conference of Belarus, asked Karaev to ensure that priests were able to visit people detained during mass protests following a disputed presidential election.

The protests began Aug. 9 after the incumbent Alexander Lukashenko was declared the winner with 80% of the vote.

Police arrested thousands of demonstrators who took to the streets demanding a recount. Despite the crackdown,protests have continued across the country, which has a population of 9.5 million and is bordered by Russia, Ukraine, Poland, Lithuania, and Latvia.

The website of the Catholic Church in Belarus said that Kondrusiewicz had asked Karaev to release the detainees immediately.

It added that the archbishop had asked the Interior Minister for a face-to-face meeting “to discuss the current difficult situation in order to prevent future violence.”

Lukashenko has served as president of Belarus since the position was created in 1994, three years after the countrydeclared independence from the Soviet Union. He has reportedly asked Moscow to help him to weather the protests and maintain his 26-year grip on power. He was heckled during an Aug. 17 visit to a factory on the outskirts of the capital, Minsk, with workers calling on him to step down.

Kondrusiewiczappealed last weekfor an end to the crackdown against protesters.

“At this crucial moment in our history, in the name of the God of boundless mercy, love, and peace, I call on all parties to the conflict to end the violence. May your hands, created for peaceful work and fraternal greetings, lift neither weapons nor stones. Let the force of argument, based on dialogue in truth and mutual love, prevail over the argument of force,” he wrote Aug. 11.