Catholic archbishop prays outside of prison for detained Belarusian protesters 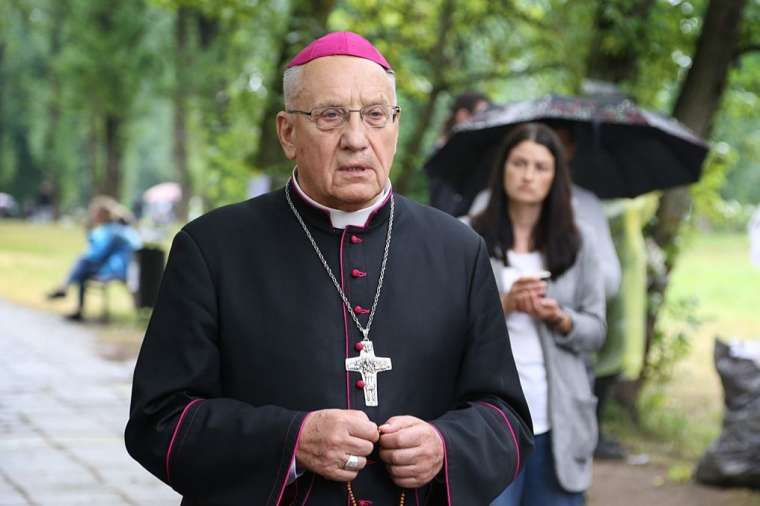 Catholic archbishop prays outside of prison for detained Belarusian protesters

The archbishop of Minsk prayed outside of a prison in Belarus Wednesday where detained protesters were reported to have been tortured.

With a rosary in his hands, Archbishop Tadeusz Kondrusiewicz walked the streets in front of the Akrestsin Street pre-trial detention center at 3pm on Aug. 19, reported the website of the Catholic Church in Belarus.

After praying the chaplet of Divine Mercy, the archbishop spoke with released protesters who had been detained at Akrestsin Street, according to a report on thewebsiteof the Catholic Church in Belarus.

The detention center itself became the site of protests following Belarus’ disputed presidential election Aug. 9 in which government electoral officials announced that Alexander Lukashenko — who has ruled the country for five consecutive terms since 1994 — had won 80% of the vote.

An estimated 6,700 people were arrested in the protests in which demonstrators clashed with police forces. Many protesters were released Aug. 13.A number of released protesters made allegations of torture and ill treatment, according to the United Nations’ representative in Belarus.

Archbishop Kondrusiewiczcalled on the governmentof Belarus to allow priests to visit imprisoned protesters earlier this week and appealed to the country’s interior minister to release the detainees. The archbishop himself was barred from entering the Akrestsin Street pre-trial detention center after his Aug. 19 prayer.

The European Union announced it rejected Belarus’ election results on Aug. 19 and stated that it wouldimpose sanctions on the individuals responsible for “violence, repression and election fraud.”

Pope Francisoffered a prayer for Belarusduring his Angelus address Aug. 16 and appealed for dialogue.

“I carefully follow the post-electoral situation in this country and appeal for dialogue, the rejection of violence and respect for justice and law. I entrust all Belarusians to the protection of Our Lady, Queen of Peace,” Pope Francis said.