Catholic bishop: Mali coup ‘a big failure for our democracy’ 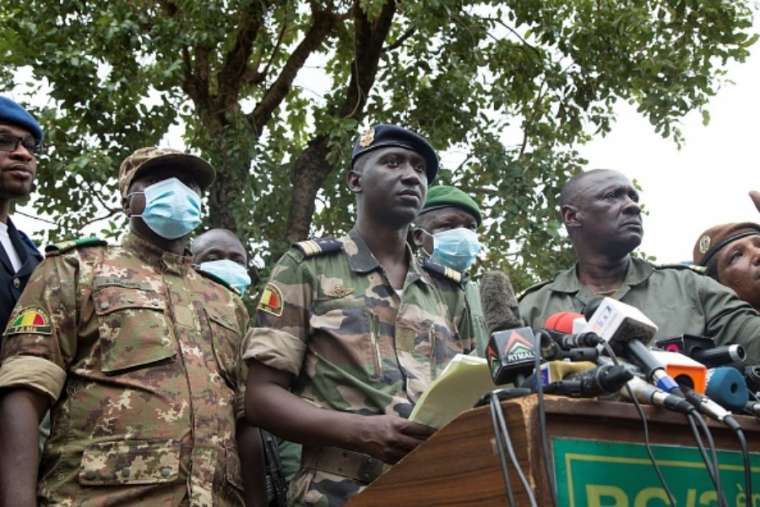 Catholic bishop: Mali coup ‘a big failure for our democracy’

The military coup in Mali is “a big failure for our democracy,” the president of the country’s Catholic bishops’ conference said Wednesday.

Bishop Jonas Dembélé, who has led the Episcopal Conference of Mali since 2017, told CNA’s sister agency ACI Africa that the Aug. 18 coup which ousted the country’s president and prime minister was “regrettable.”

“The military coup that led to the ousting of President Ibrahim Boubacar Keïta is regrettable because we are in a state of law and democracy,” he said.

“This is the second time that Mali has had a military coup as a result of the way in which the country is governed. It is a big failure for our democracy even if there were reasons for it.”

“Why is it that we Malians have not managed to engage in dialogue to be able to discuss these problems and face up to these challenges responsibly?” he asked.

“Our leaders, our people, lack transparency. They hate those who speak the truth and advocate for good governance. This mentality must change for our country to move on.”

In atelevised address to the nation, Keïta said: “For seven years, I have with great joy and happiness tried to put this country on its feet. If today some people from the armed forces have decided to end it by their intervention, do I have a choice? I should submit to it because I do not want any blood to be shed.”

On Aug. 19, Mali’s military personnel, grouped under the National Committee for the Salvation of the People, addressed citizens on state television.

Ismail Wague, Mali’s Air Force deputy chief of staff, said: “We are not holding on to power but we are holding on to the stability of the country.”

He announced the closure of borders and a curfew.

The military officials promised to organize, within an agreed “reasonable timeframe,” general elections that would “equip Mali with strong institutions, which are able to better manage our everyday lives and restore confidence between the government and the governed.”

Dembélé, who is bishop of Kayes diocese in western Mali, told ACI Africa that military leaders must “ensure a return to democracy as promised but most especially ensuring the new leadership of the country put the people first and tackle the security challenges facing the nation.”

Asked about the role of the Church in the current crisis, the 57-year-old bishop said: “For us, the Catholic Church in Mali, our role is to preach peace; our role is to preach dialogue. We shall continue in this path of dialogue for peace just like Cardinal Jean Zerbo [the archbishop of the capital city, Bamako] and some religious leaders initiated.”

“In a state of law, power is not in the hands of certain individuals but to the people. The anger of our people led to this crisis, but we must work for peace and reconciliation in Mali.”

He continued: “The bishops in Mali have always issued messages before every election in our country, sounding the alert, and inviting the government to organize transparent elections, ensure good governance and better management of resources.”

“But it seems our messages are never taken into consideration that is why we find ourselves in this situation today.”

“If the opinion of the Episcopal Conference of Mali is needed to mediate in bringing back stability and peace in the country, then we are ready.”

Mali, which has a population of 19 million, has reportedly experienced a surge in violence involving both civilians and the military since 2016, with more than 4,000 deaths recorded in 2019 alone, compared to some 770 three years earlier.

In July, religious leaders in the West African nation appealed for calm and peaceful dialogue following days of violent protests and unrest in Bamako.

“We are greatly concerned about the upsurge in violence in Bamako. We use this opportunity to launch an appeal for peace, with regard to all the damagecaused. Mali does not deserve what is happening now,” Zerbo, the first cardinal to hail from Mali, told local media July 14.

Dembélé said that “things cannot change if Malians themselves do not accept to change.” As a way forward, he urged the people of God in Mali to “seek the path to conversion” and to accept dialogue in the spirit of truth and honesty.

An estimated 95 per cent of Malians are Muslims. There are approximately275,000 Catholics in the country, comprising less than 2% of the population. About 3% of Malians adhere to traditional African religions.

“We all want change in our country, but this change can only be possible if individually we seek the path to conversion. It is for Malians, be they Muslims or Christians or members of traditional religion, to do an examination of conscience and accept personal and community conversion in order to engage in sincere dialogue,” the bishop said.

“This dialogue must take into consideration our traditional African values that encourages justice and reconciliation.”

“Malians are true and faithful believers, Muslims or Christians alike; we must not forget that prayer is an effective weapon for forgiveness and reconciliation.”

Dembélé added: “The dialogue process can only succeed if we allow God to come into our lives [and]touch our hearts for us to be able to ensure the changes our country really needs.”

“We invite Malians not to relent in their prayers. Continue to pray for peace in our country, for forgiveness and reconciliation.”