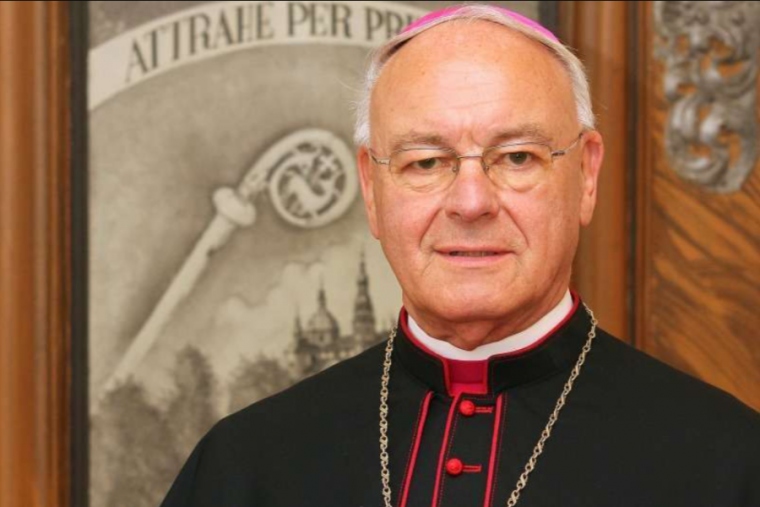 Pope Francis has expressed “dramatic concern” about the Catholic Church in Germany, according to a bishop who met him this week.

Bishop Heinz-Josef Algermissen said that the pope addressed the situation in Germany when he spoke to him after the general audience Oct. 7.

The former bishop of Fulda, in the west-central German state of Hesse, said that the pope recalled theletterhe wrote to German Catholics in June 2019, urging them to focus on evangelization. Francis reportedly complained that his message had been ignored.

The pope issued the letter amid concerns at the Vatican over the German Church’s “Synodal Way,” which is bringing together lay people and bishops to discuss four main topics: the way power is exercised in the Church; sexual morality; the priesthood; and the role of women.

The Vaticanintervenedafter the German bishops said that the process would end with a series of “binding” votes, ruling that the plans were “not ecclesiologically valid.”

The Fuldaer Zeitung reported that the pope told Algermissen that the “Synodal Way” was too focused on “political questions,” such as the position of women in the Church and priestly celibacy.

Algermissen said that the pope urged him “very clearly and expressively” to “make sure that the letter is remembered.”

The 77-year-old bishop said that everywhere he went he was asked: “What is going on in Germany?” He added that the perception in Rome was that the path being pursued by the German Church “deforms and distorts” the Gospel,reportedCNA Deutsch, CNA’s German-language news partner.

Algermissen’s comments echoed those of Vatican Cardinal Kurt Koch, whosaidlast month that the pope had expressed his concern about the Church in Germany “in personal conversations.”

In a Sept. 22 interview with the magazine Herder Korrespondenz, Koch said he believed that the pope backed a recent intervention by the Vatican’s doctrinal office in a debate over intercommunion between Catholics and Protestants in Germany.

The Congregation for the Doctrine of the Faith (CDF)wroteSept. 18 to Bishop Georg Bätzing, president of the German bishops’ conference, saying that a proposal for a “Eucharistic meal fellowship” would harm relations with Orthodox Churches.

Bätzing insisted that Francis “appreciates” the “Synodal Way” after a private audience with the pope in June.

“I feel strengthened by the intensive exchange with the Holy Father to continue on the path we have taken. The pope appreciates this project, which he associates closely with the concept of ‘synodality’ which he coined,” hesaid.

Other German Church leaders have voiced misgivings about the “Synodal Way.” Cardinal Rainer Maria Woelki of Cologne said last month that the worst outcome would be if the process “leads to a split and thereby outside of the Church, out of communion with the universal Church.”

Bätzingdownplayedthe cardinal’s concerns, insisting that the Church in Germany is “part of the Universal Church and nothing will change that.”

In his letter to German Catholics, the pope spoke of a “growing erosion and deterioration of faith.”

“Every time an ecclesial community has tried to get out of its problems alone, relying solely on its own strengths, methods and intelligence, it has ended up multiplying and nurturing the evils it wanted to overcome,” he wrote.