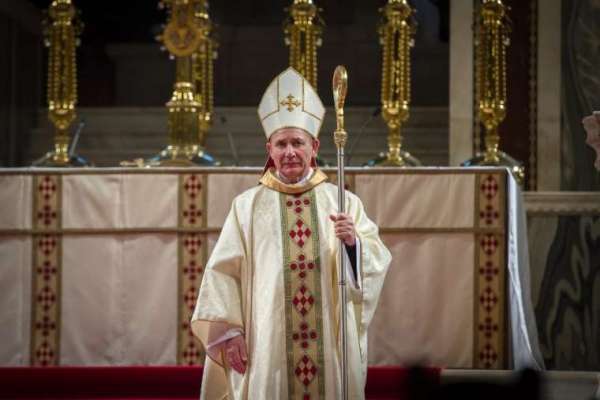 CNA Staff, Jul 23, 2020 / 07:30 am (CNA).- A Catholic bishop has urged the U.K. and France to address the “underlying reasons” for a rise in migrants risking their lives to cross the English Channel.

In a statement issued July 21, Bishop Paul McAleenan said that a new agreement between the two countries should prioritize saving the lives of migrants who attempt the perilous crossing from France to the U.K.

“Their focus must be in determining why so many choose to flee their home country and use their influence to eradicate the underlying reasons why these same people are willing to risk their lives in the open sea,” he said.

Migrants brought ashore by the U.K. Border Force in recent days have fled from war-torn countries such as Afghanistan, Libya, Syria, and Yemen, as well as impoverished nations including Chad, Eritrea, and Sudan. The U.K. Home Office has said that the migrants should claim asylum in the first safe European country they reach, rather than traveling on to the U.K.

McAleenan, the lead bishop for migrants and refugees of the bishops’ conference of England and Wales, was responding to a meeting between British Home Secretary Priti Patel and French Interior Minister Gérald Darmanin.

The two ministers signed a Declaration of Intent July 12 establishing a Franco-British Operational Research Unit to combat migrant smuggling. They also underlined their commitment to returning migrant boats to France, rather than allowing them to dock in the U.K.

According to the BBC, more than 3,000 migrants have reached the UK in about 230 small boats so far this year. On Tuesday, the authorities intercepted 13 boats carrying more than 150 people over a six-hour period. Last week more than 350 people made the crossing, reported the BBC.

McAleenan said: “I would like to see the details of the agreement between the U.K. and France, that would indicate how they understand and perceive what is taking place in the English Channel.”

“Surely two countries which pride themselves on being progressive and enlightened will see that the welfare of those who are destitute is vital. Protection of people should be foremost in their thinking.”

Assembly rejects ‘imposition’ of a...