Catholic bishops in Queensland aim to educate on sanctity of life 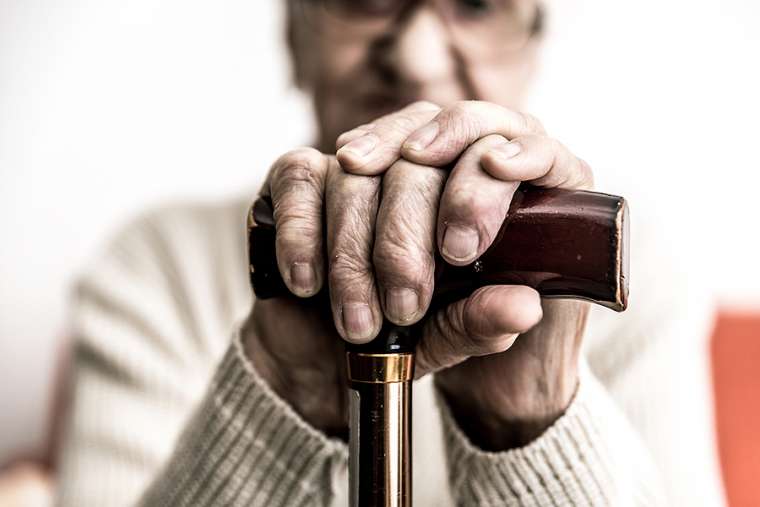 Catholic bishops in Queensland aim to educate on sanctity of life

The bishops of the five dioceses in Australia’s Queensland state have written a pastoral letter urging that euthanasia and assisted suicide not be legalized, and recalling that a peaceful death can be had with palliative care.

“The Catholic Church is opposed to voluntary assisted dying. However, the Church strongly supports high-quality palliative care, respect for patient autonomy, preservation of personal dignity and a peaceful end to life. Nobody is morally compelled to suffer unbearable pain, nobody should feel like a burden, and nobody should feel that their life is worthless,” the bishops wrote in “Dying Peacefully – No Euthanasia Sunday”.

The Queensland government, currently led by the Australian Labor Party, has commissioned the independent Queensland Law Reform Commission to provide draft legislation to legalize assisted suicide and euthanasia by March 1, 2021.

Assisted suicide and euthanasia have been legal in Victoria since June 2019, and in December 2019 Western Australia passed a law allowing the practices, which will take effect in mid-2021.

Queensland is holding a state election Oct. 31, with all of the seats in the unicameral Legislative Assembly up for election.

Ahead of that vote, the state’s bishops are observing Oct. 11 as Dying Peacefully – No Euthanasia Sunday.

The bishops wrote that “it is clear … that people people are afraid of losing their freedom, their dignity, their worth, as they face what they believe will be a terrible process of dying.”

They said the Church maintains “that none of these things need come true. Freedom, dignity, worth, and minimal suffering can all be achieved. Dying need not be horrifying.”

While dying is a challenging process, it is one “that we as a society and as individuals must face in a way that respects and preserves those principles of freedom, dignity and the minimization of harm that we all hold dear,” they wrote.

Research has demonstrated “that many people do not understand the Church’s position on end-of-life care,” they said in their letter, written to the people, clergy, and religious Catholic Catholic communities of the state.

“Misunderstandings may lead people to support voluntary assisted dying (VAD) legislation on mistaken assumptions about what dying entails and how the Catholic Church teaches one should respond to it,” they continued. “There is confusion about the right to refuse or end treatment, about the moral legitimacy of advance care planning, about the use of pain-relieving medications, and about when hastening death may be morally acceptable.”

They added that many “struggle to see the potential implications for society as a whole of legalising intentional killing of another person, even in strictly limited circumstances.”

“The sanctity of life is not about doing everything possible to stay alive for as long as possible regardless of whether there is any real benefit or regardless of how severe the burden may be for the individual, their family, or society. Rather, the sanctity of life is about recognising that all life, all of creation is sacred because it is the foundation, the necessary condition of all meaningful and purposeful endeavour.”

“Societies in which life is cheap suffer from many maladies and injustices,” they advised. “But where the meaningfulness and purposefulness of life are held sacred from cradle to the grave, for the just and the wicked, for rich and for poor, in short, for all, a society can genuinely care for the common good. Because in such a society there is always the opportunity for a change of heart, for a conversion of the mind, for love and mercy to shine through.”

The Church, the bishops said, “recognises the need to help people better understand what choices they already have and what pathways already exist to ensure a dignified and peaceful death,” regardless of whether assisted suicide and euthanasia are legalized.

“People need assistance — not to end their lives butat the end of their lives— in ways that they feel fully recognise their autonomy and dignity. Finding ways to improve understanding, access, and assistance may also have the effect of delaying or preventing the legalisation of voluntary assisted dying.”

“Even if voluntary assisted dying (VAD) should be legalised, then this important service offered by the Church may help to ensure that voluntary assisted dying (VAD) is seldom utilised. Moreover this service to the People of God, and to all of society, becomes a prophetic voice affirming the dignity and worth of all life against a belief that a life can be meaningless and purposeless on the one hand or that one’s own freedom is all that matters,” they added.

The bishops said, “We are challenged now to approach death and the dying differently, accompanying every person on the way to death and allowing them to love and to be loved to the very end and into eternity.”

They noted that Pope Francis has encouraged Catholics “to resist euthanasia and to ensure that the elderly, the young and the vulnerable are not cast aside in what he has called a ‘throw-away culture’. Instead, the Pope calls us as Catholics to follow Jesus Christ by accompanying people at the end of their life with all the skill of palliative medicine and all the compassion of the human heart, since true palliative care embraces the whole person, physically, emotionally, psychologically and spiritually.”

That “care-first approach” should be “made available on a statewide basis – an alternative path to that of assisted dying legislation,” the bishops stated.

They announced they may develop a training program “to help people better understand what choices they already have and what pathways already exist to ensure a dignified and peaceful death.”

This would help guide people to experts “who can provide opportunities for those experts to interact with people in their particular contexts from time to time in a formative way. This is the type of care that Pope Francis envisions the Church being able to offer as an accompaniment to those coming to the end of their life. It should be well within our capacity to offer.”

In Victoria, the Assisted Dying Review Board recently reported 124 deaths by assisted suicide and euthanasia in the first year that they became legal.

Victoria Health Minister Jenny Mikakos, of the Australian Labor Party, expected the number of persons seeking assisted suicide or euthanasia to be low initially, and increase in later years.

“We anticipate that once the scheme has been in place for some time, we’ll see between 100 and 150 patients access this scheme every year,” Mikakos told the ABC shortly before the law took effect.

“In the first year, we do expect the number to be quite modest — maybe only as low as a dozen people,” she added.

Tasmania is also considering a bill to legalize assisted suicide and euthanasia.