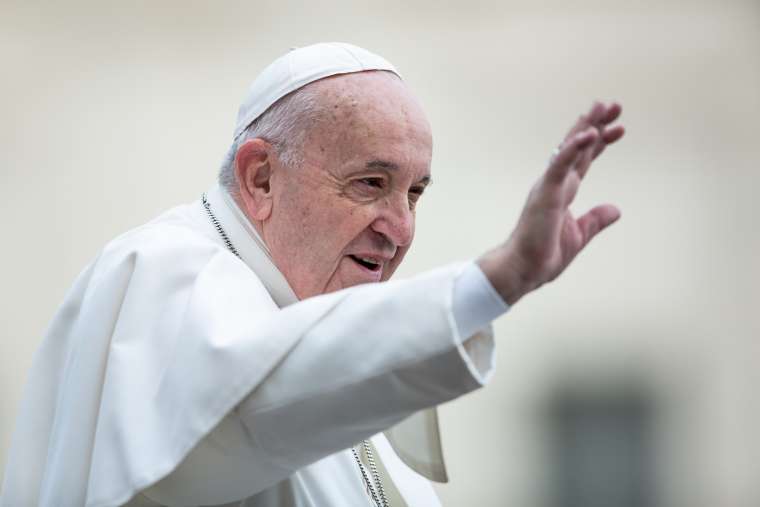 The bishops’ conferences of Zambia, Zimbabwe, and Malawi thanked Pope Francis last week for his gift of 300,000 euros ($355,000) to help vulnerable populations in the three southern African countries.

In their letter to the pope, the bishops expressed their joy and gratitude at the donation, which will support people who have been affected by the COVID-19 pandemic, and by natural disasters such as flooding and droughts.

Fr. Cleophas Lungu, secretary general of the bishops’ conference of Zambia, spoke about the letter to CNA’s sister agency,ACI Africa.

Lungu said that the bishops’ conferences of Zambia, Zimbabwe, and Malawi had writtentogether to Pope Francis for help and had each received 100,000 euros.

He noted that, after receiving the funds this month, the bishops had informed the Holy Father that the financial donation would be put to its intended use — help for the poor.

“The bishops were first of all, very grateful to the Holy Father for his continued care, leadership and for responding to the needs of the poor. They thanked him for particularly demonstrating how close he is to the suffering and assured him that the money would be put to good use, just as it was intended,” Lungu said in the Aug. 11 interview.

Lungu said the money, which will be shared equally among each of the 11 dioceses in Zambia, wouldbe used to help the poor, the homeless, widows, and other vulnerable groups regardless of their ethnic, political, or religious characteristics.

“Already, bishops in all the dioceses have a list of the needy people who were drawn from parishes and small Christian communities,” Lungu told ACI Africa.

He explained that the help from the Vatican was timely, especially forthe people ofZambia, who had been worsehit by the pandemic than many other countries in the region.

“The situation of Zambia during this pandemic is worse than many countries considering the fact that we are a landlocked country and we depend on other countries, especially our neighbors, for supplies,” Lungu said.

“When COVID-19 struck and lockdown was declared in many countries, we were cut out of important supplies such as food and even medical supplies.”

Since the start of the lockdown in Zambia in March, the country has been grappling with a shortage of medical equipment and personal safety equipment such as face masks and sanitizer.

“The testing has not been efficient because the country doesn’t have sufficient equipment,” he said, explaining that those who test positive for the virus are left to their own devices because they cannot afford medical expenses.

The country’s lockdown came just as Zambia’s economy was recovering after suffering from floods that werepreceded by one of the worst droughts the country had experienced in decades.

According to a March 23 local media report, shortly after the country proceeded to lockdown, more than700,000 people in different parts of Zambia had been affected by floods.

The country’s Disaster Management and Mitigation Unit (DMMU) reported that families in the most affected provinces — Luapula, North-Western, Copperbelt, Northern, Muchinga, Eastern, Western and Lusaka — were in urgent need of relief food during lockdown.

As for the protracted 2018-2019 drought season, Lungu said that more than 2.3 million people had been left on the verge of starvation and their situation had been aggravated by the lockdown.

Caritas Zambia, in February, sent out an appeal for $882,000 to support communities that had been affected by the drought, especially in the western side of the country where years without rainfall had left fields parched and rivers dried up.

To support the vulnerable communities, even before the donation from Pope Francis was received, the leadership of the Church in Zambia was providing pastoral outreach to the people affected by COVID-19, Lungu noted.

“We accompany those who have tested positive with the virus through prayers, counseling and even administering the sacraments of baptism and anointing of the sick. We always assure our people that they are not on their own,” he said.

The Church leadership, through Caritas Zambia and other institutions within the local Church, had also embarked on a humanitarian response, raising funds to buy food and protective equipment for vulnerable individuals in the country, regardless of their religious backgrounds.