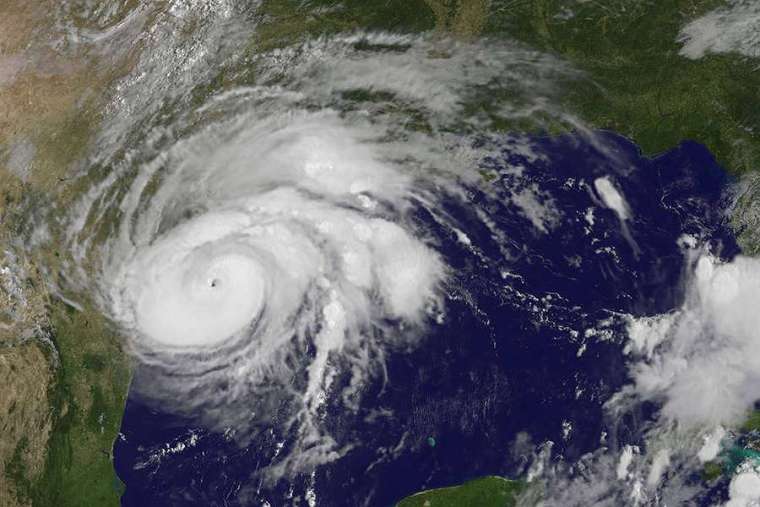 After Hurricane Laura struck states along the Gulf of Mexico last week, Catholic Charities and other groups have provided aid to victims, some of whom have been displaced or are still without utilities.

With winds of 150 mph, the category 4 hurricane made landfall near Cameron, Louisiana, on the early morning of Aug. 27. As measured by maximum sustained winds, it is one of the strongest hurricanes to hit Louisiana in recorded history.

In the United States alone, the storm has killed 22 people: 14 in Louisiana, one in Florida, and seven in Texas. A large portion of deaths was attributed to carbon monoxide poisoning due to unsafe generators, CBS News reported.

As of Aug. 30, 900,000 people were still without power and 220,000 were without running water. Karen Clark & Company’s industry estimated that the hurricane’s damages have caused $8.7 billion of insured losses in the U.S.

Hurricane Laura has also caused severe damages to parishes and church buildings in the Diocese of Lake Charles. According to the diocese, nearly one-third of priests in active ministry have been displaced and all the homes for the Daughters Mary Mother of Mercy are uninhabitable. Additionally, only one of the six Catholic schools can open next week, and the chancery is closed because of extensive roof damage.

“The city is a disaster,” said Bishop Glen Provost of Lake Charles. “No house, no business is left untouched. The Chancery will be unusable in the foreseeable future. We have 39 (church) parishes and seven missions. All suffered some damage.”

“St. Louis Catholic High School is severely damaged,” the bishop added. “Father (Nathan) Long, rector of the school, reported that the roof on the administration building is, for the most part, blown off. Windows in various classrooms are blown in, and there is roof damage at the gym.”

“We are here, we are open and we are trying to meet the needs of the community,” said Sister Miriam.

“The Lord preserved Catholic Charities from any major damage for sure so that we can be up and operational,” she continued. “We have a little bit of leakage in the roof, and a couple of roll-up doors got a little damage, but we are blessed. We have a generator, and the Religious Sisters of Mercy are running the office.”

Sister Marjorie Hebert, president of Catholic Charities Archdiocese of New Orleans, told CNA that other dioceses across the state would also be providing services including her own. She said that as the hurricane struck on the 15th anniversary of Hurricane Katrina, she has been able to share her experience with other dioceses.

“Part of what my staff and I have been about is being in contact with the other Catholic Charities in the rest of the state and the other dioceses of Louisiana … We have been in contact with some of those directors and are doing assessment [to] see how we might further assist them.”

“My counterpart in the Lake Charles diocese, I know exactly what she’s dealing with the darkness of no electricity, no potable water, all of those. So at least I’ve been there, and I can say, ‘I know what you’re going through,’” she added.

“Just [a] short 15 years ago, we New Orleanians we’re on the receiving end, and now it’s our time to give back and to further assist.”

As New Orleans has received thousands of evacuees, she said their community has also provided help by offering basic necessities and counseling services to help comfort those who have been displaced. She said some of the people were able to evacuate with some supplies while others were rescued and brought over with almost nothing.

“Our immediate efforts are to reach out. As a Catholic Charities agency in New Orleans, we are working very closely with the city to coordinate efforts of responding to the needs of the evacuees in the community.”

“We have been in contact with our churches and parishes and civil authorities just to see if there are some basic needs of some areas near the coastline that they may have gotten some floodwaters. We are working with the calls that are coming into our agency as well as referrals coming to us from the city and state officials locally.”

Among other Catholic initiatives in the Archdiocese of New Orleans, several parishes and charity groups have launched donation drives to bring in water, nonperishable food items, cleaning supplies, hygiene products, and baby supplies.

Bishop Provost expressed his gratitude for all the contributions and prayers.

“We appreciate everyone’s prayers,” he said. “Bishops in other dioceses have sent word of assistance to us, so we appreciate the fellowship of the other Catholic dioceses throughout the nation. I have heard from bishops on the East and West coasts, and especially in Texas and Louisiana.”

Polish bishops concerned by rise i...