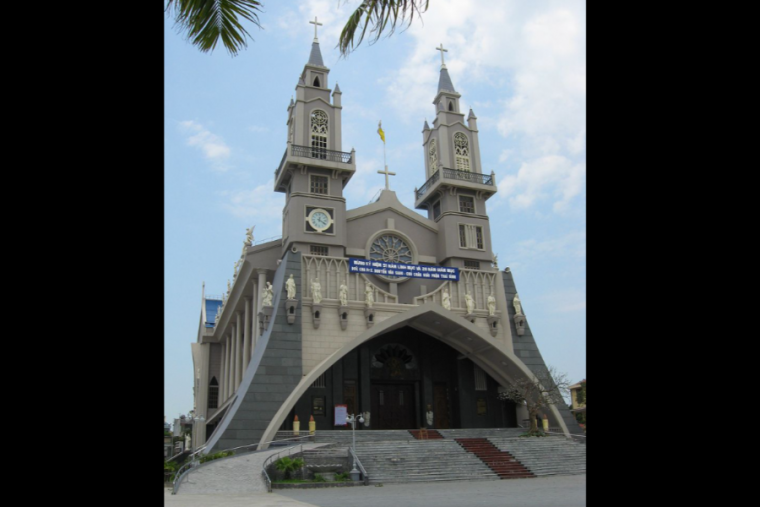 A diocese in northern Vietnam is expanding its seminary in response to an increasing number of priestly vocations.

Sacred Heart Major Seminary in the Vietnamese diocese of Thái Bình will be able to house 200 to 300 seminarians once the construction ofits expanded facilities isfinished.

In recent years the diocese had to turn away seminary candidates or send them to seminaries in other dioceses, which themselves have limited spaces available.

The head of Nam Ti?n H?i deanery told UCA News that of 40 seminary candidates in a recent year, only six were able to be sent to the seminary in the capital, Hanoi.

Catholics in the diocese ofThái Bìnhunderwent decades of persecution when Vietnam was divided between North and South Vietnam from 1954 to 1975. Around 70,000 Catholics, including most priests and religious, fled to the south, while many of the local lay people, seminarians, and priests who stayed in the Communist north were sent to prisons or labor camps, and some were killed.

Sacred Heart Seminary remained closed for much of the Vietnam War.After the war, the government shut down the seminary for the next 32 years until Bishop François Xavier Nguyên Van Sang obtained permission to reopen it in 2008.

As the Vietnamese authorities continueto exert controlover religious practices in the country, Bishop Pierre Nguy?n V?n ??, the current bishop of Thái Bình, had to obtain permission to expand the seminary.

Vietnam does not have full diplomatic relations with the Holy See. There have been a series of meetings at the Vatican and in Vietnam between a working group of Holy See and Vietnamese representativessince 2009. Most recently, this group has been working towards the establishment of a permanent papal representative for Vietnam.

Construction began on the new Sacred Heart Seminary building in January. Once finished, it will include a new library, conference rooms, and chapel, according to ACI Stampa, CNA’s Italian-language news partner.

In Dec. 2019 Bishop Nguy?n ordained 26 seminarians as deacons and 11 as priests. The diocese of Thái Bình currently has 138 priests, who serve about 160,000 Catholics in the provinces of Thái Bình and Hung Yên.

With the expanded space, the seminary will also be able to provide priestly formation for seminarians from other dioceses and congregations.

The Catholic Church in Vietnam, organized in 27 dioceses, currently has 11 major seminaries and 2,824 seminarians.