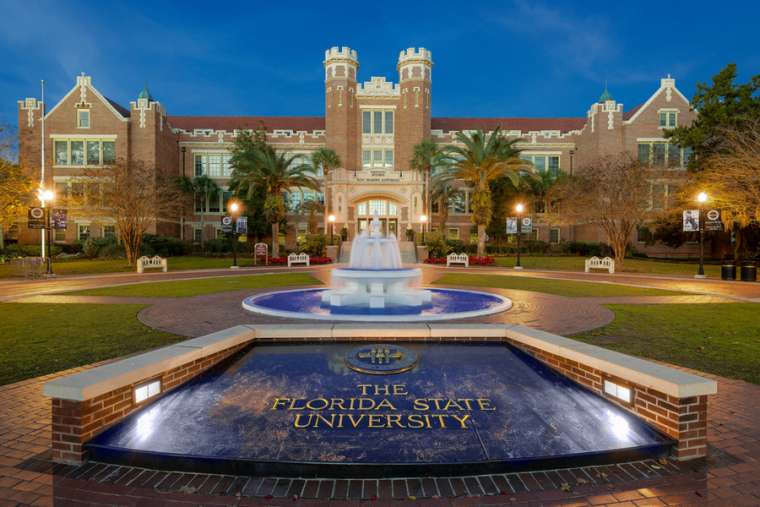 The Catholic former head of Florida State University’s student senate is suing the school, saying his religious freedom was violated when he was removed from his position.

Jack Denton, a member of Florida State University’s (FSU) Class of 2021, was ousted from his position as head of the FSU student senate in June when comments he made in a private chat forum for Catholic students were made public. He had claimed that policy positions of BlackLivesMatter.com, the ACLU, and Reclaim the Block contradicted the teachings of the Catholic Church, in a conversation about racial justice.

A change.org petition called his comments “transphobic and racist” and the student senate subsequently voted to remove him as chair. He unsuccessfully appealed to the student supreme court and to university administrators for his reinstatement.

Denton’s lawyer, Tyson Langhofer of Alliance Defending Freedom, said on Tuesday that “Florida State should be fostering real diversity of thought, not punishing individuals based on their religious convictions or political beliefs.”

“While FSU students claim they’re creating a ‘safe space,’ they’ve tried to cancel Jack’s freedoms and discriminate against him because they don’t like his beliefs, in direct violation of the school’s SGA Ethics Code, the Student Body Constitution, and—most importantly—the First Amendment,” Langhofer stated.

Denton’s comments were made in a GroupMe text messaging forum for members of the university’s Catholic Student Union, in a conversation about racial justice and which organizations that students should financially support. He noted that the groups “BlackLivesMatter.com, Reclaim the Block, and the ACLU all advocate for things that are explicitly anti-Catholic.”

The group Reclaim the Block, he said, “claims less police will make our communities safer and advocates for cutting PD’s budgets.” The claim “is a little less explicit,” he said, “but I think it’s contrary to the Church’s teaching on the common good.”

He later explained his comments to CNA, saying that “as a devout Catholic and a college student, I felt that it was my responsibility to point out this discrepancy, to make sure that my fellow Catholics knew what they were partaking in.”

One of the students in the forum took a screenshot of Denton’s comments and sent them to a member of the student senate. A student senate motion of no-confidence in Denton failed on June 3, but on June 5 the senate held a vote and removed Denton from office.

Denton’s lawsuit alleges that his free speech was constitutionally-protected by the First Amendment, and that the state university unlawfully retaliated against his speech and committed viewpoint discrimination. He names university administrators and members of the student senate as defendants.

Denton had planned to appeal his case to the university’s Supreme Court, but the student senate “intentionally prevented the Court from hearing his complaint,” his lawsuit states, adding that the university’s leadership also failed to take action and reinstate him.

He is seeking reinstatement to his old position, compensation for the time he would have spent working as student senate chair over the summer, and “the expungement of all records” related to his removal.

Archbishop Thomas Wenski of Miami, who chairs the U.S. bishops’ religious freedom committee, cited Denton’s case as an example of a “soft despotism” in the U.S. that is hostile to public Catholicism.

Denton’s “defenses of, basically, Catholic moral teachings,” Wenski said, were “a step too far for many of these new Jacobins we see around.”