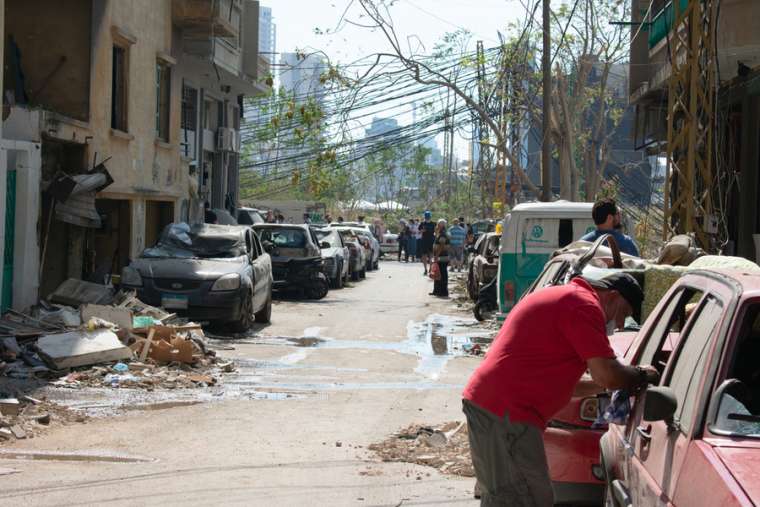 Following an explosion that killed more than 150 people in Beirut, international Catholic groups have responded by providing health services and necessities to the victims.

At least sixteen Catholic organizations, including Catholic Relief Services and Caritas International, have responded to the Aug. 4 explosion at Beirut’s port.

As victims in Beirut face an urgent need for shelter, medication, hygiene kits, and mental health services, these organizations have dispatched medical teams and relief groups to assist with basic necessities.

The explosion killed at least 154 people, and injured about 5,000 others. Beirut Governor Marwan Abboud estimated that the explosion has caused as much as $10-15 billion in damages and as many as 300,000 people to be temporarily displaced from their homes, according to the BBC.

The fire started near the port’s large grain silos. It soon spread to a warehouse holding 2,750 tonnes of ammonium nitrate, a fertilizer that can be made into an explosive.

Many buildings and warehouses along the docks were completely destroyed, and the explosion’s shockwave caused damage within a six-mile radius. The adjacent areas included Beirut’s mostly Christian neighborhoods of Mar Maroun and Achrafieh.

Despite damages to their own facilities, CRS has provided relief to the victims of the explosion. Caritas Lebanon has offered water and hot meals at several locations throughout Beirut. Caritas health care centers have also opened, and a mobile medical unit and mental health team have been available to the public.

“Our partners started working right away to make sure people were getting help, even though their own buildings were damaged in the explosion,” said CRS spokesperson Megan Gilbert.

“At CRS we’re privileged to contribute to the overwhelmingly generous volunteer response of the Lebanese people, despite all that they have been through over the past year,” she said Aug. 6.

Gilbert added, “many people in Lebanon were struggling to get by even before this explosion. Now because of the destruction, people are staying in severely damaged homes, or even out in the streets. They are going to need long-term support to get through this.”

“We are determined to go ahead with an investigation and unveil the circumstances surrounding what happened as soon as possible and hold those responsible and those who were negligent accountable and serve them the most severe punishment,” he said Aug. 5.

However, many Lebanese have blamed the government for corruption and negligence. They see the investigation as an attempt by political officials to avoid blame.

The ammonium nitrate had been stored at the port since 2014.