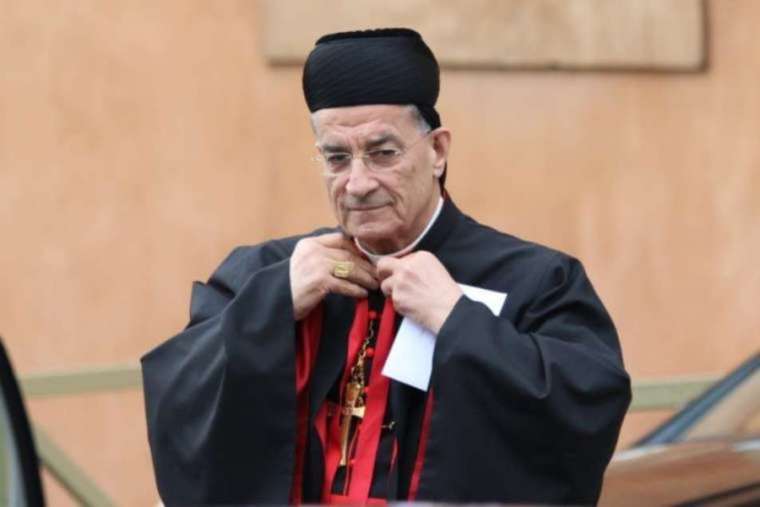 Lebanon’s Maronite patriarch issued a memorandum Monday outlining hisvision for the restoration of the country’s neutral status as the “Switzerland of the East.”

The future of Lebanon is currently being decided — as French President Emmanuel Macron wrote on Twitter Aug. 9 following theexplosion in Beirut’s port– and the leader of Lebanon’s Maronite Catholics, Cardinal Bechara Boutros Rai, is adamant that the only way forward for the country in crisis is a foundation of “active neutrality” that will lead to economic stability and security.

“Lebanon’s neutrality is the guarantee of its unity and its historical position, especially in this phase full of geographic and constitutional changes. It is its strength and guarantee of its stability,” Cardinal Rai wrote in the memorandum posted on the website of the Maronite Patriarchate Aug. 17.

“A neutral Lebanon is able to contribute to the stability of the region as well, defend the rights of the Arab peoples and the cause of peace, and play a role in weaving healthy and secure relations between the countries of the Middle East and Europe, by virtue of its location on the shore of the Mediterranean,” he said.

One pillar of Rai’s vision of Lebanon’s “active neutrality” is a commitment to human rights and freedom, which entails Lebanon’s continued support for the Palestinian cause.

Another dimension is strengthening Lebanon’s institutions, rule of law, and military to guarantee internal security and defense from aggression, he said.

Rai argued that a commitment to neutrality would enhance Lebanon’s economic recovery by creating an environment that is stable and secure, which he said would lead to economic confidence, investment, and tourism.

Rai’s statements came at a time when Hezbollah — the Shiite Muslim political and militant group designated as a terrorist organization by the U.S. government — has strong alliances with Bashar al-Assad’s regime in Syria and with Iran in its conflicts with Sunni-majority Gulf states.

Hezbollah has held significant political sway in Lebanon for the past 30 years. A mass protest movement in the country, which began in October 2019, included calls for Hezbollah to give up power after years of government mismanagement and corruption.

The cardinal pointed to examples in Lebanon’s history of when the country thrived due to its commitment to neutrality and to difficult times when that neutrality was violated.

Though Lebanon endured a 15-year civil war starting in 1975, in recent years it has stood out as a relatively peaceful and pluralistic society inthe Middle East. An estimated 60% of Lebanon’s people are Muslim, evenly split among Sunni and Shia, and nearly 35% of the country’s population is Christian, most of whom are Maronite Catholic Christians.

The Maronite Church, which has deep historical roots connected tothe fourth-century monk St. Maron, is one of the 23 Eastern Catholic Churches in full communion with the Holy See.

“Lebanon’s relative neutrality from the region’s conflicts between 1943 and 1975 led to prosperity, increased growth, increased per capita income, and a decline in unemployment, until Lebanon was called the ‘Switzerland of the East,’” Rai said.

“Lebanon arose and followed the line of neutrality and impartiality from its founding until 1969 when the ‘Cairo Agreement,’ which allowed Palestinian refugees to possess heavy weapons and fight Israel from Lebanese lands, and the subsequent emergence of Lebanese and non-Lebanese military forces outside the state,” he said.

Lebanon’s Prime Minister Hassan Diab announced his resignation last week, the day after Cardinal Rai delivered a homily echoing protesters’ calls for the Lebanese government to resign due to corruption and economic mismanagement. Diab’s government had been formed in January with backing from Hezbollah.

The Maronite patriarch had been outspoken in his call for Lebanon to return to its commitment of regional neutrality before the devastating blast, with a series of homilies calling for neutrality beginning July 5.

Prior to the damage and loss caused by the explosion in Beirut, the country was already facing a severe economic crisis. Unemployment in Lebanon had risen and the country’s national currency had lost at least 80% of its value against the U.S. dollar since last year, according to AP. Lebanon has one of the world’s highest public debt burdens, which is 150% of its gross domestic product.

“There is no matter that can lift us from the situation in which we are today, including the economic crisis … other than neutrality,” Cardinal Rai said July 14.

“The system of neutrality is the source of Lebanon’s independence and stability,” he stated in his memorandum.