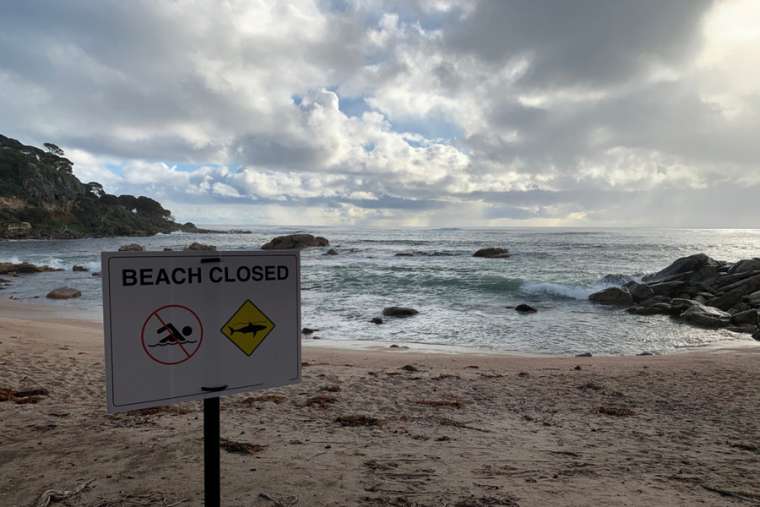 Fr. Liam Ryan, a long-time surfer, was on vacation visiting his best friend in Western Australia when, on the afternoon of July 31, he noticed a fellow surfer in distress.

“I saw him off his board, looking really lost and there was half a board floating there,” Ryan, 33,told The Catholic Leader, the publication of the Archdiocese of Brisbane.

Ryan was surfing at Bunker Bay, about 60 miles southwest of Bunbury.

Ryan said it was ominously quiet before the great white shark, which had bitten Phil Mummert’s board in half, resurfaced to continue its attack.

“And then we saw this huge breach. The shark rolled onto him… and then went back under,” Ryan told The Catholic Leader.

According to Mummert and witnesses, Mummert used half of his broken board to try and beat the shark away, and pummeled the shark’s head with his bare hands, local news station 7News Perth reported.

“I started screaming ‘help him, help him,’” Ryan told The Catholic Leader.

Fortunately the priest’s calls for help were heard by another nearby surfer, Alex Oliver, who swam towards Mummert and hoisted him on his longboard, which he and Ryan then paddled to shore.

According to The Catholic Leader, Mummert was “bleeding profusely” by the time they reached shore, having sustained deep shark bites in his upper leg.

“As soon as we got into the shallows, someone clamped the wound with his hand to slow the bleeding,” Fr. Ryan said.

Ryan said once Mummert had been airlifted to the hospital, he took a “quiet moment of solitude in the sand dunes.”

“Not only did he risk his own life to help save Phil’s, he then sprinted all the way to the end of the beach to tell me what happened and got everyone else out of the water,” she said.

“I honestly don’t know how a person can see a total stranger getting attacked by a four metre great white shark and swim towards to save him so we are beyond grateful to everyone that helped save Phil’s life.”

Mummert was back home and on crutches by Aug. 3, when he was reunited with Ryan, Oliver, and several others who helped save his life.

“Just the definition of heroes, isn’t it? I mean they risked their own lives to come help me out,” Mummert told 7News Perth.

Ryan told The Catholic Leader that he didn’t hesitate to help.

“There’s something deep inside you that wants to help,” he said. “Christianity is built on that principle of someone giving their life for you.”

“You come face to face with what would be one of the greatest fears for a lot of people, a lot of surfers… but what gives you strength in that moment is the grace of God,” he said.

Ryan added that he didn’t want the experience to stop him from surfing and enjoying the water, which has always been one of his favorite ways to relax and enjoy God’s creation. He said he went back to the same beach the next day to offer Morning Prayer and Mass.

“I didn’t want that one event, traumatic as it was, to take away all that surfing has meant to me – all the good surfs and the people I’ve met,” he said.

Ryan was ordained in August 2019 after having attended the Redemptoris Mater Seminary in Perth. Fatal shark attacks in Australian waters are rare, with the country averaging 1.1 deaths from shark attacks per year. This year has already seen an above-average shark attack fatality rate, with 5 deaths so far in 2020.