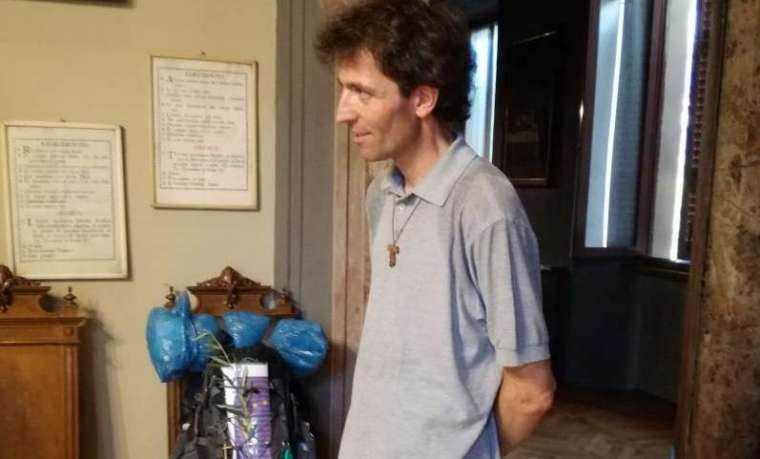 A 51-year-old priest was found dead from knife wounds Tuesday near his parish in the city of Como, Italy.

Fr. Roberto Malgesini was known for his devotion to the homeless and migrants in the northern Italian diocese.

The pastor died in a street near his parish of the Church of St. Rocco after sustaining several stab wounds, including one to the neck, around 7 a.m. Sept. 15.

A 53-year-old man from Tunisia admitted to the stabbing and turned himself in to police shortly afterward. The man was understoodto suffer from some mental ailments and was known by Malgesini, who had let him sleep in a room for the homeless run by the parish.

Malgesini was the coordinator of a group to help people in difficult situations. The morning he was killed, he was expected at a breakfast for the homeless. In 2019, he was fined by local police for feeding people living under the portico of a former church.

Bishop Oscar Cantoni will lead a rosary for Malgesini in Como Cathedral Sept. 15 at 8:30 p.m. He said “we are proud as a bishop and as a Church of a priest who gave his life for Jesus in the ‘least ones.’”

A diocesan statement said “in the face of this tragedy, the Church of Como is clinging to prayer for its priest Fr. Roberto and for the person who struck him to death.”

The local newspaper Prima la Valtellina quotedLuigi Nessi, a volunteer who worked with Malgesini, as saying that“he was a person who lived the Gospel daily, in every moment of the day. An exceptional expression of our community.”

Fr. Andrea Messaggi told La Stampa: “Roberto was a simple person.He just wanted to be a priest and years ago he made this wish explicit to the former bishop of Como. For this he was sent to St. Rocco, where every morning he brought hot breakfasts to the least. Here everyone knew him, they all loved him.”

The priest’s death has caused sorrow in the migrant community, La Stampa reported.

“He devoted his whole life to the least, he was aware of the risks he ran,” Bernasconi said. “The city and the world did not understand his mission.”