Catholic school superintendent: ‘Our kids need to go back to school’ 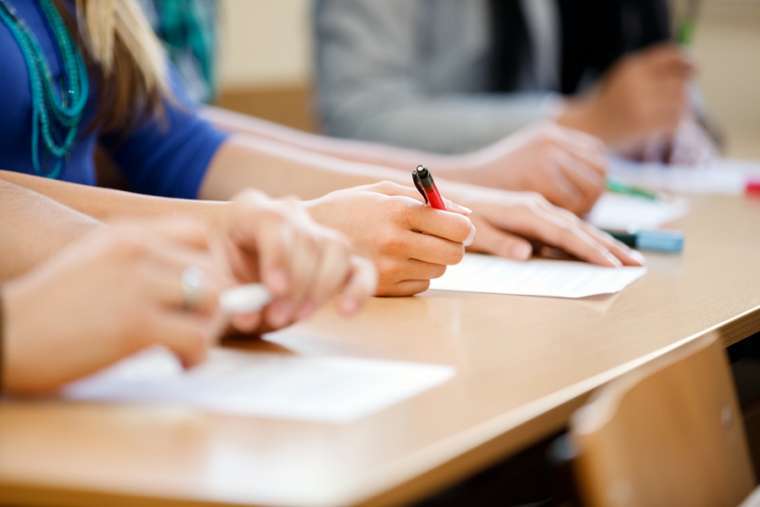 Catholic school superintendent: ‘Our kids need to go back to school’

Bishops and school superintendents across the US are emphasizing the importance of in-person education for the coming fall term, and are seeking to reassure parents that schools are taking the precautions necessary to keep children safe.

In Florida, where Governor Rick Scott has issued an order mandating that schools must reopen in person in the fall, superintendents say they are doing everything they can to prepare to welcome students in safely while also offering remote learning for those who need it.

Chris Pastura, superintendent of schools in the St. Petersburg diocese, told CNA in an interview July 31 that he and other leaders in the diocese believe strongly it is important for students to come back in person.

“COVID is not the only dangerous thing in our society. Lack of community, loneliness, and all those kinds of things affect kids. And I think it’s important for our kids to be back in school.”

Florida has become a center of the US coronavirus outbreak of late, with infections on the rise over the past few months.

From a pro-life standpoint, Pastura said, the schools in his diocese will be doing comprehensive testing for their employees, and other measures such as social distancing in the classroom to protect the students.

On Monday, the Diocese of St. Petersburg sent a letter to the parents of its nearly 13,000 students asking them to sign a waiver of liability, choosing to accept the risk that their children may be sickened by coronavirus at school.

Several other dioceses in Florida and a number of others across the country are asking parents of students returning to class in-person to sign similar waivers.

Pastura said for the most part, parents are accustomed to signing waivers for almost any activity their child does. The diocese had in spring drafted a waiver for summer camps, and early in the summer began to consider adapting it for the school year, as well.

All schools are giving the option of coming back in person, or doing online learning for students in high-risk medical categories, or who may have high-risk people in their households, Pastura said.

The idea, he said, was to create a “statement of understanding” for parents, make them aware that a child could contract coronavirus despite the school’s best efforts.

“Since this is just such uncharted territory, we thought it was important for people to first realize that we are doing all kinds of plans to make sure that our students and our employees are safe, and we’re trying to make sure we do this the right way.”

However, Pastura said, the school cannot possibly know what children are being exposed to outside the seven hours a day they spend at school.

“The release from liability— is it overly cautious? Maybe,” he said.

“But we do live in a very litigious society, and we just thought it to be prudent…providing families with a very clear statement, I think that’s the responsible thing to do, I think it’s the fair thing to do.”

Being asked to sign a waiver for any activity can raise red flags for people, Pastura said, and because there is so much uncertainty around coronavirus, it is understandable that parents may not understand the importance of the waiver.

Pastura said he and his Catholic school colleagues at other dioceses across Florida speak regularly about their reopening plans. He said he hopes that parents will trust those in authority over the state’s Catholic schools, and recognize that those authorities are creating reopening plans with students’ best interests at heart.

“There’s a lot that goes into these decisions, and sometimes we just have to have some faith in one another. Even if we don’t agree with someone’s decision, maybe we can accept that it was made in good confidence based on the information available.”

The superintendent of schools for the Pensacola-Tallahassee diocese has also spoken out about the importance of opening Catholic schools in person.

“We feel that their spiritual growth is vital to them. We’re educating the whole child, and spiritually is a big part of that,” superintendent Mike Juhas told EWTN News Nightly.

Elsewhere, the bishops of California said this week that Catholic schools in California are taking appropriate measures against the threat of coronavirus and authorities should issue waivers to rules that bar the schools from reopening for “vital” in-person education, citing the low risk of coronavirus infection among children.

Initially, the nation’s largest Catholic archdiocese of Los Angeles, with 74,000 students attending its schools, announced on June 15 that schools would be reopening for in-person learning in the fall in Los Angeles, Ventura, and Santa Barbara.

However, California governor Gavin Newsom said on July 17 that schools in the state where coronavirus cases were high would remain closed for in-person learning.

Meanwhile, in Texas where COVID-19 cases have soared in the summer, the state is granting religious private schools the freedom to decide for themselves how to reopen in the fall.

The bishops argued that Catholic schools— many of which are facing closure amid the pandemic— are worth saving because of their savings to taxpayers and their success in creating successful and well-formed citizens.

“Students and families for generations have benefited from Catholic schools, which have benefited America as a whole. This is now in serious jeopardy, as another sad legacy of the coronavirus pandemic,” Cardinal Timothy Dolan, Cardinal Seán O’Malley, and Archbishop José Gómez wrote.

“Urgent action by President Donald Trump and Congress to meet the needs of Catholic and other school families will preserve this important education option for generations to come and prevent added financial burdens on our government school systems.”

What Christ’s Words on the Cross T...