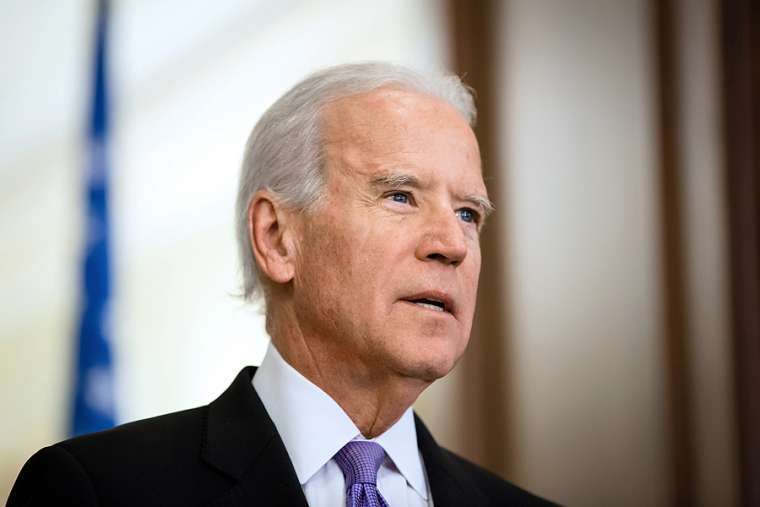 The Biden campaign announced on Monday a panel of co-chairs for its “Catholics for Biden” outreach. Among the Catholics chairing Biden’s Catholic coalition are several politicians who have advocated for laws permitting or promoting abortion, along with the former head of the U.S. bishops’ global relief organization.

Biden, himself a Catholic, has made efforts to win the votes of Catholics in November’s presidential election, especially in the swing states where Catholic demographic groups could be the difference in the election.

Kaine, a senator from Virginia, has said that despite his “personal opposition” to abortion, he supports legal protection for abortion, opposes laws that challengeRoe vs. Wade, and opposes efforts to end federal funding for Planned Parenthood, the nation’s largest abortion provider.

In 2017, Kaine sponsored legislation that would have permanently repealed the Mexico City Policy, which prohibits U.S. foreign aid from supporting global organization that provide abortions or refer women to abortion providers.

While Kaine has supported laws requiring parental consent before minors can undergo abortions, and a prohibition on late-term abortions, the senator has received perfect legislative ratings and endorsements from Planned Parenthood and abortion lobbyist NARAL.

As California’s attorney general, Becerra defended state mandates requiring insurers to cover abortions, even after Catholic nuns complained to the civil rights office of the federal Department of Health and Human Services, and the state faced major cuts to federal HHS funds.

Pennsylvania Senator Bob Casey, another co-chair, identifies as a pro-life Democrat and has voted for late-term abortion bans, though in 2011 he voted against defunding Planned Parenthood, earning himself a 100% rating from NARAL, a distinction he has matched in several subsequent years.

Illinois Senator Richard Durbin, a U.S. Senator since 1997 and a “Catholics for Biden” co-chair, was in 2004 prohibited from receiving Holy Communion in his home Diocese of Springfield in Illinois because of his support for legally protected abortion; in 2018, Bishop Thomas Paprocki of Springfield said that prohibition remains in effect.

Biden has pledged to support taxpayer-funded abortion and codify legal abortion in law. His “public option” health care plan would also cover elective abortions. The National Abortion Rights Action League has endorsed his candidacy, and Planned Parenthood Action Fund said they were “thrilled” at his selection of Sen. Kamala Harris (D-Calif.) as his running mate.

Pope Francis has made forceful denunciations of abortion. He has likened it to “hiring a hitman,” and has condemned selective abortion of the disabled as “the same as the Nazis to maintain the purity of the race, but with white gloves.”

In his 2013 apostolic exhortationEvangelii gaudium, Pope Francis wrote that “defence of unborn life is closely linked to the defence of each and every other human right.”

Amid the 2020 campaign, pro-life Democratshave decried the party’s “extreme” support of abortion in its 2020 platform. Biden has not responded to their call for a platform that would welcome pro-lifers to the party.

Biden has also said that he would repeal new religious exemptions to the contraceptive mandate, which had granted relief to Catholic organizations including the Little Sisters of the Poor. If the exemptions are repealed, the sisters could once again have to appear in court.

Also among the co-chairs of Catholics for Biden is Dr. Carolyn Woo, who from 2012 to 2016 was CEO of Catholic Relief Services, the U.S. bishops’ conference international humanitarian aid organization.

While Biden has hoped to attract practicing Catholics to his campaign, his broad support for abortion protections and funding is likely to draw ire from the U.S. bishops, and deter some Catholics from supporting his candidacy.

The Trump campaign’s Catholic voter outreach began with its online launch in April, which emphasized Trump’s efforts to appoint federal judges who were not “activist,” his administration’s pro-life policies and measures to protect religious freedom, and his record on the economy and on the coronavirus pandemic—which has killed nearly 200,000 Americans.

Trump has been criticized by the U.S. bishops for his policies on immigration and refugee resettlement, housing, and the federal death penalty, which the administration reinstated after a 17-year hiatus on federal executions. But the president has mostly drawn praise from Church leaders for his efforts on abortion and religious liberty.

Trump’s 2020 letter promises to build upon “our transformation of the federal judiciary” with judges who will “not legislate an abortion agenda from the bench.”

He also promised to “overcome Democratic filibusters in Congress to pass and finally sign into law” a 20-week abortion ban. He pledged to sign legislation protecting infant abortion survivors and blocking all taxpayer funding of abortion providers, and promised to “fully defund the abortion industry” of taxpayer dollars.

The president has also issued a list of candidates for judicial positions that could become vacant in his second term, and promised to dramatically expand the Mexico City Policy if he is reelected.