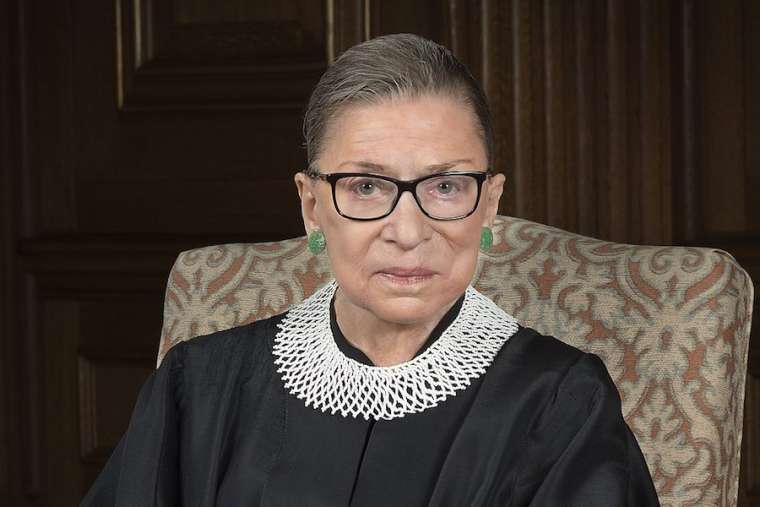 Supreme Court Justice Ruth Bader Ginsburg, who served on the court for more than 27 years, died of pancreatic cancer Sept. 18. She was 87.

President Bill Clinton appointed Ginsburg to the Supreme Court in 1993. Ginsburg had previously been an appeals court judge.

Ginsburg, who was Jewish,was noted for her friendship with Antonin Scalia, a Catholic and fellow Supreme Court Justice, who died in 2016.

Scalia’s son Christopher tweeted some recollections of his father’s friendship with Ginsburg after her death was announced.

Ginsburg expressed her support for legalized abortion during her 1993 Senate confirmation hearing, as she had also done previously. Though she was publicly critical before her appointment of the legal reasoning used inRoe v. Wade, Ginsburg consistently penned opinions in favor of abortion and contraception, including a 2007 dissent in a case upholding a law that banned partial-birth abortion.

Ginsburg’s death could tip the balance of the court to a 6-3 conservative majority, if President Donald Trump nominates a new justice to fill the vacancy left by Ginsburg before the November election.

Senate Majority Leader Mitch McConnell has said previously he would try to ensure Senate confirmation of a Trump Supreme Court nominee. Senate Democrats have expressed opposition to any nomination, citing McConnell’s objection to Barack Obama’s March 2016 of Merrick Garland to the court. At the time, Senate Republicans said they would not consider an appointment during an election year.

In a statement released Friday night, McConnell said that “President Trump’s nominee will receive a vote on the floor of the United States Senate.”

Trumplast week expanded a list of potential judicial nominees under his consideration.At a presidential debate in October 2016, Trump pledged to appoint justices who would overturn Roe v. Wade. In 2017, he nominated Neil Gorsuch to be Scalia’s replacement, and in 2018 he nominated Brett Kavanaugh to replace Justice Anthony Kennedy, who was retiring.

Catholics on social media urged prayers for Ginsburg and her family Friday evening.

Fr. Pius Pietrzyk, OP, a civil and canon lawyer and a professor of canon law at St. Patrick’s University and Seminary in California tweeted that: “In our modern divided politics the friendship between Justices Ginsburg and Scalia shone as a model of the respect that people can have for each other, even if they disagree. May she, now along with him, rest in peace.”

Many reactions came from pro-life organizations, some of whom expressed their hopes for a pro-life replacement on the court.

“Rest in peace, Ruth Bader Ginsberg. Let’s pray for the repose of her soul and for her family. Let’s continue to pray for our nation,” said Lila Rose, president of the pro-life group Live Action.

Americans United for Life, a national pro-life group, noted that despite some positive elements in Ginsburg’s efforts for gender equality, her pro-abortion jurisprudence has left a far more regrettable legacy.

“We are grateful for Justice Ruth Bader Ginsburg’s contributions as an advocate prior to being a judge, in bringing down legal barriers to women’s advancement in American society. We are deeply saddened by her death, particularly at this moment in our nation’s history,” the group said on Twitter.

“Abortion is understood for what it is by millions of Americans due to its cruelty and violence. Future generations will not smile on the culture of indifference toward human life that Justice Ginsburg perpetuated [for] women who deserve better…Abortion doesn’t contribute to women’s happiness, and abortion isn’t necessary for women to succeed.”

Pro-life group Students for Life tweeted: “Tonight, Supreme Court Justice Ruth Bader Ginsburg has passed away, and our thoughts are with her family.”

“In partnership with Students for Life Action, we call for President Trump to move quickly with an appointment, in light of her tragic death.”

Ginsburg had survived several bouts of cancer before she died surrounded by her family,the Supreme Court said. Her husband, Marty Ginsburg, died in 2010.