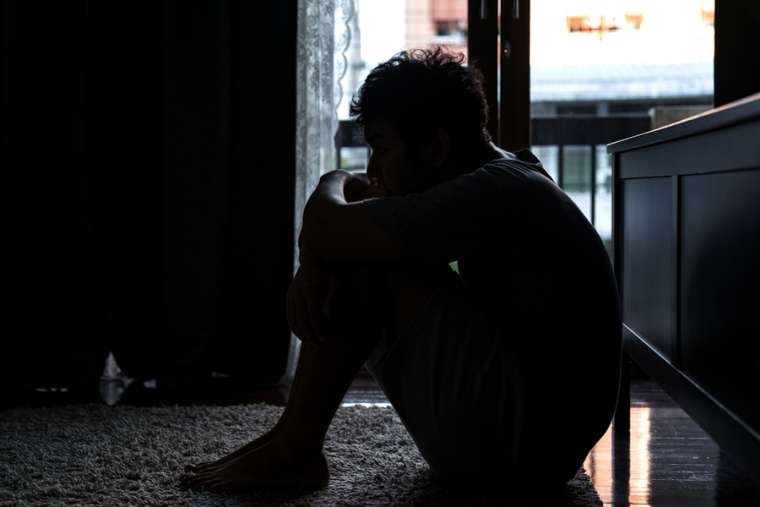 Over a quarter of young adults aged 18-24 have seriously contemplated suicide over the last month, a new Centers for Disease Control survey has found.

The report, titled “Mental Health, Substance Use, and Suicidal Ideation During the COVID-19 Pandemic — United States, June 24–30, 2020” was published on August 14. The data was collected from adults across the United States in late June.

Tommy Tighe, a marriage and family counselor and host of the Catholic mental health podcast “Saint Dymphna’s Playbook,” told CNA that he found the data to be “really heartbreaking, though expected.”

After months of extended lockdowns across the country, and anxieties about the coronavirus pandemic, Tighe said “our baseline level of anxiety has gone up during this experience.”

“Trying to live with this higher baseline has certainly impacted our ability to tolerate frustration and stress.”

According to the CDC, “40.9% of respondents reported at least one adverse mental or behavioral health condition, including symptoms of anxiety disorder or depressive disorder (30.9%), symptoms of a trauma- and stressor-related disorder (TSRD) related to the pandemic (26.3%), and having started or increased substance use to cope with stress or emotions related to COVID-19 (13.3%).”

Those figures rose considerably among certain groups. Nearly three out of four adults aged 18-24 and slightly more than half of adults aged 25-44 reported “at least one adverse mental or behavioral health symptom” in the survey. Among Hispanics, 52.1% of respondents reported at least one adverse mental health symptom related to the pandemic, as well as two-thirds of respondents who had less than a high school diploma.

Fifty-four percent of essential workers surveyed said they had experienced at least one adverse mental or behavioral health symptom related to COVID-19.

Tighe said the bleak figures reflected a lack of mental health awareness in wider culture and a lack of access to services.

“Mental health symptoms and healthy coping skills to combat those symptoms are ignored by our culture at large, and thus many of us are left utterly unprepared for dealing with an experience of this magnitude,” he said.

With the COVID-19 pandemic, schools of all levels throughout the country closed to in-person instruction. For graduating seniors at colleges and universities–most of whom are in the 18-24 age group–this meant that their final semester of college was spent online. Many students had their jobs or internships canceled due to the unstable economic effects of the pandemic.

James Marafino, a Catholic social worker in the Washington, DC area, told CNA that these factors have certainly played a role in the feelings reported by 18-24 year olds.

“This is the age when [young adults] are going to college and finding employment,” Marafino told CNA. “This is one of their first experiences with independent living, and they are managing a pandemic most likely on their own.”

“This would cause significant mental/emotional distress. They may feel their lives are on hold or delayed, and do not know when they can ‘resume their lives,’” he said.

Sophia Swinford, the founder of Catholic Mental Health, a nonprofit organization aiming to increase awareness and access to mental health resources for Catholics, told CNA that she is concerned that the stigma surrounding suicide prevents people, particularly those of a religious faith, from getting help.

“It’s ironic–‘stigma’ comes from a word that refers to a mark or brand on a slave, and it is from this word that we get ‘stigmata,’” said Swinford. “So maybe it is precisely the ‘stigma’ around these people’s sufferings that should make it clear we are called to serve Christ in them.”

Swinford called the rates of suicide and suicidal idelation a “social failure.”

“We as a society have failed those individuals, and it’s about time we start to give serious discernment to how we can change that,” she said.

Both Tighe and Marafino told CNA that they believe it is important to reach out to one another during this time.

“We need to talk to each other and see how people are doing,” said Marafino. “We live in a time when we have technology to be in consistent contact with each other.”

Spirituality plays a role in mental health as well.

People need to “pray for each other like everything depends on it,” said Tighe. He also suggested that people facing stress set aside time to “pause, breathe, pray, medidate,” and to take note of their feelings without judgment.

Tighe suggested taking a break from media and other settings that heighten anxiety is also important.

“Social media really works against us. If we’re trying to work on our anxiety, we need to pay attention to the impact it is having on us and take breaks when needed.”

5 Marks of an Adolescent Progressi...