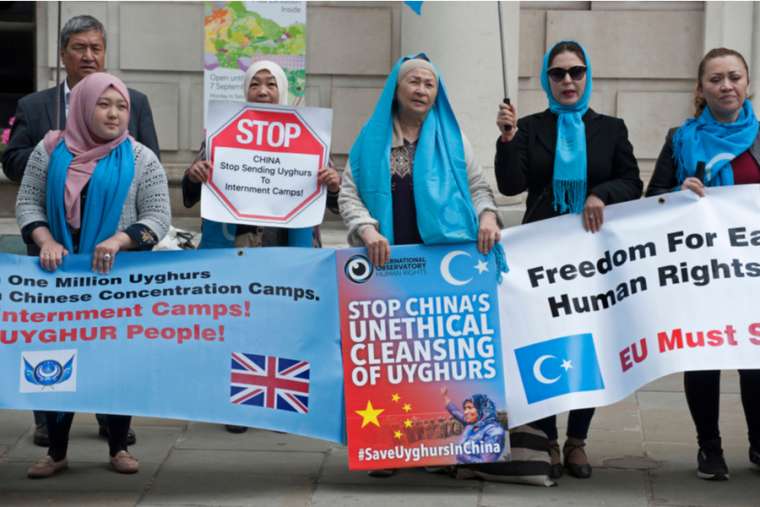 The Chinese government is attempting to extradite a Uighur man who fled the country to Turkey in 2014, according to a dossier obtained by Axios. The disclosure sheds new light on Communist Party persecution of religious and ethnic minorities, even beyond Chinese borders.

The man, Enver Turdi, left the Xinjiang region of China in 2014 on a tourist visa. He left China after a man he worked with relaying information to Radio Free Asia was detained. The following year, the Chinese Embassy in Turkey refused to issue Turdi a new passport, meaning that he could not renew his residency permit to legally stay in the country.

According to the 92-page dossier, published by Axios on Wednesday, China requested that Turkey extradite Turdi in May 2016. The dossier contains other documents from the following year, when the Turkish Ministry of Justice agreed to remove Turdi from the country.

In 2017, Turdi was placed in a deportation facility for one year, as he did not have a residency permit. His case has not yet been decided by the Turkish court system.

According to Axios, Turdi’s lawyer obtained the documents, and they believe them to be authentic. The documents are published in both Turkish and Chinese.

Turdi was accused of running a pro-Islamic State website and working alongside the Islamic State, both charges he emphatically denies. He says that when he was interrogated by Turkish authorities, he was shown his high school graduation picture from 2004. The only way Turkish authorities could have obtained that picture, he said, was from China.

Until the year 2017, Turkey was a common first port of call for Uighurs fleeing China due to persecution or fears of persecution. Since then, the Turkish government has become increasingly hostile to the Uighur population, and Uighurs in Turkey say they have been accused of terrorism.

The camps are estimated to hold millions of prisoners. The highest estimate sets the total number of inmates at 3 million, plus approximately half a million minor children in special boarding schools for “re-education” purposes.

Since the existence of the camps was confirmed, there have been various leaks of official documents related to the camps’ operation and the rationale for detention. Among the offenses that merit detention in the camps are the wearing of traditional religious clothing, or the celebration of Islamic holidays.

In addition to the camps, the Chinese government has engaged in mass surveillance of the Uighur population, again using the excuse of terrorism prevention.