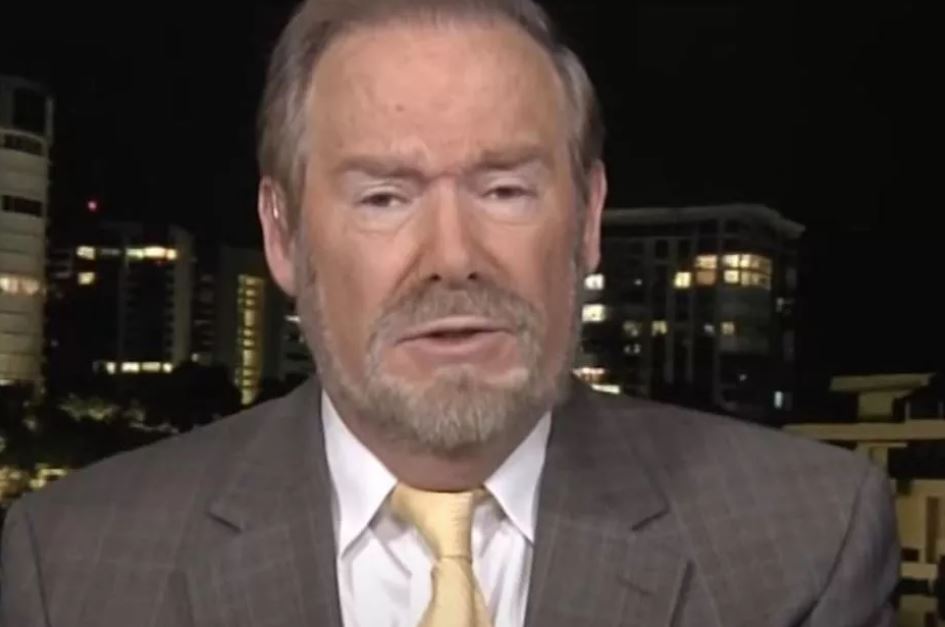 “The walls are indeed closing in on the Chinese people in many ways. And the walls that are closing in the fastest and farthest are the walls that are enclosing believers in China today — Catholics specifically, but not just Catholics. The Chinese Communist Party under Xi Jinping has decided that everyone should worship in the church of China. Everyone should bow before the new leader of the party, Xi Jinping.”

So said Steven Mosher, speaking this week on China and religious freedom under assault, along with other matters.

Mosher, one of America’s leading experts on China and president of the Population Research Institute, spoke at St. Theresa Church in Trumbull, Connecticut, Oct. 5. He was the first American social scientist to visit mainland China in the 1980s.

He detailed how, in 2020,shrines are being torn down or closed and being converted into social “reeducation” centers. In one example he described the Communist Party removing the crucifix and all Christian symbols and putting up a picture of Xi Jinping to tell the people that Xi puts food on the table and provides jobs and housing.

Mosher pointed to the 2018 Vatican-China agreement, a provisional agreement on the appointment of bishops, and argued against it. In 2018 he went to see the Vatican’s secretary of state, Cardinal Pietro Parolin. “I suggested to him it was a very bad idea. Under the current circumstances in China, where the walls are closing in on people of faith and where Catholic churches are being torn down and where Catholic priests are being hunted and imprisoned — in some cases tortured — now is a particularly inauspicious time to sign an agreement with the Communist Party, which, after all, wants to destroy the Church,” Moser told the Oct. 5 audience. “He told me the agreement was ready to sign and they were just waiting for the Chinese side to come over and ink it and then it would become law — at which point I pointed out that every agreement the Chinese Communist Party has ever signed … [was] only to gain an advantage and then violate the agreement before the ink is dry on the paper. I said, ‘They’ll violate the agreement, your Eminence. There’s no question in my mind. That’s their pattern of behavior.’ He suggested he understood …”

“The larger hope of Cardinal Parolin, which he expressed to me, is that this would heal the long-standing division between the underground Church and the ‘patriotic church’ created by the Communist Party,” Mosher said. “It would signal, he said, that the Pope was the head of both. Those were the goals of the Vatican. The Communist Party had very different goals in mind.”

The Vatican agreement “encountered tremendous headwinds right from the beginning,” he said. “It has in fact enabled the Chinese Communist Party to cloak its persecution of Catholics in China by suggesting that some of what happened had been approved by the Vatican.”

He pointed out that under recent rules the control of Catholics in China “has transferred directly to the Chinese Communist Party … which is officially atheistic and wants to stamp out the Church forever.”

The Chinese Communist Party (CCP) is currently rewriting the Bible to conform to communism and “socialism with Chinese characteristics.” He added that the entire Book of Revelation is not included because the CCP believes there is no hereafter.

Added to this, Mosher said, is “a new high-techcultural revolutionunderway,” which is “not quite as obvious,” but “requires everybody in China to have a Xi Jinping app on their phone” and requires citizens every day “to open the app and study the works of Xi Jinping for 30 minutes” and take a mandatory test to make sure the “lesson” was completed. If the questions are not answered correctly, people have to continue until they get it right. This is “brainwashing the Chinese people,” Mosher said.

“The ultimate goal of the United Front Department of the Chinese Communist Party, which now has control of all religious faiths in China, is to infiltrate these organizations to co-opt them for party ideological purposes and ultimately to destroy them from the inside out,” Mosher warned. “Now, we know that won’t happen. We know that God is ultimately in control. We know that this battle which I just described is also going on in the supernatural. We know that we win in the end. But right now things are very, very grim for our fellow believers in China. We must pray for them and do all we can to help them.”

Mosher included an account of the treatment of the minorityUyghurs,saying China was committing against them “a genocide in real time … in four easy steps,” which he detailed.

Briefly, heads of households are arrested; adolescents are sold in batches of 100 to Chinese factory owners, usually in the export sector. “That shoe that is favorite footwear for some of our NBA basketball players, Nike, had a factory in north China that until recently employed 800 young Uyghur people in slave-like conditions.” The final step “that qualifies this as genocide,” Mosher explained, hasforced abortion and sterilizationinflicted on the women. “So the one-child policy is alive and well among certain minority populations and among unmarried women. That meets the technical definition of genocide. … That’s happening in real time, and it’s happening in a country where apparently Hollywood and the NBA and the NFL can’t bring itself to mention human-rights abuses in China, although they obsess over abuses here in our country.”

Looking at the battle for human and religious rights in China, Mosher noted, “Fortunately, we have right now anambassador for religious freedom, Sam Brownback, who, like myself, is a convert, who is fully briefed with what is going on in China” and “speaking out openly about this persecution.” Mosher lauded Secretary of State Mike Pompeo, a believing Christian, who is committed to talking about the persecution of religious believers everywhere in the world. “We have an administration that for the first time is not afraid to talk about human-rights abuses, to talk about persecution of believers overseas. And that is something new … an administration that fearlessly and boldly speaks out on these issues and that will help improve the situation in China for our fellow believers.” 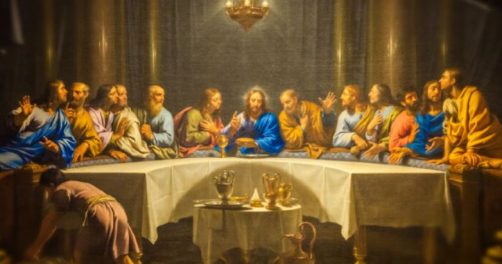 Why Catholics Believe in the Real Eucharistic Presence, Beautifully Explained in Infographics