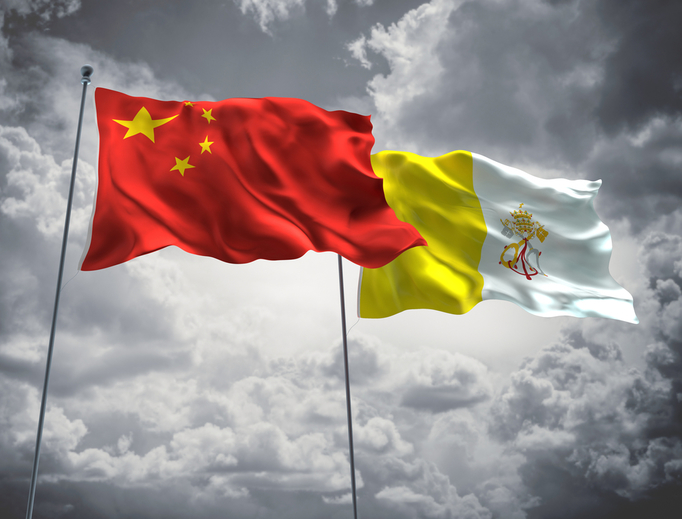 In unleashing a global pandemic through negligence at best, malice at worst, the Chinese regime has lost whatever credibility it had even six months ago.

As Chinese diplomats are summoned to chancelleries all over Europe for an upbraiding over Beijing’s complicity in the coronavirus pandemic, the clock is ticking on one of the most important diplomatic decisions facing the Vatican. At the same time, the most senior bishop in Asia has bitterly attacked the credibility of the Chinese regime, restricting any maneuvering room for the Holy See to make further concessions.

In four months the “Provisional Agreement” between the Holy See and the People’s Republic of China will expire. Signed on Sept. 22, 2018, it remains in force for two years. Pope Francis will have to decide whether he wants to extend it, seek to amend it or scrap it.

The substance of the accord is hard to evaluate, for it was negotiated in secret, signed in secret and implemented in secret. Even to this day, the leading critic of the agreement, Cardinal Joseph Zen Ze-kiun, emeritus bishop of Hong Kong, has not been permitted to read it — a Chinese accord concealed even from Chinese cardinals.

We only know what the Holy See has publicly said, namely the accord deals with the appointment of bishops, a millennia-old conflict between the Church and regimes that claim authority over the Church, as does the Chinese Communist Party, which is entrusted with state authority in religious affairs.

Media accounts of the accord — unconfirmed by the Holy See —report that the Chinese Communist Party will choose candidates for bishops in Chinese dioceses, with the Holy See exercising a veto.

As a sign of goodwill two years ago, the Holy Father immediately lifted the excommunication of seven Chinese bishops ordained without papal mandate by the state-controlled “patriotic church,” including one who was already dead. The Chinese Communist regime, for its part, has not permitted the underground bishops in full communion with Rome to assume regular positions.

The apparent unilateral nature of the accord’s observance — honored in Rome, ignored in Beijing — has become more clear almost each passing month, as religious persecution has ramped up considerably. The accord, far from being a harbinger of greater religious liberty, appears to have been taken as an indication of Catholic weakness by Beijing, inviting further repression.

Those under the age of 18 are not permitted to attend Mass. Crosses have been cut down off the steeples. Churches has been demolished. Holy images have been replaced by communist propaganda. One bishop was thrown out of his own residence.

The most prominent Chinese Diocese of Hong Kong became vacant in January 2019 with the death of the incumbent. Almost 18 months later, a new bishop has not been appointed. Whatever benefits the secret accord may have achieved, speedy resolution of cases does not appear to be among them. Hong Kong is currently administered by the over-the-age-of-80 emeritus bishop, Cardinal John Tong Hon.

The potential renewal of the agreement comes in a diplomatic environment completely different from its negotiation in 2018. Recall that in the push to thaw relations with the Chinese Communist regime, the Vatican sent Bishop Marcelo Sanchez Sorondo, president of the Pontifical Academy of Social Sciences, to China on a goodwill visit. He evidently had instructions to talk up the potential of progress in Sino-Vatican relations.

Upon his return, Bishop Sanchez effused that China’s Communists were, “at this moment, those who best realize the social doctrine of the Church.” He was subject to near universal ridicule in the Catholic media for saying so, but he was not out of step with many diplomats who speak only in glowing terms of the Chinese regime, overlooking its tyrannical abuses.

Today, that is no longer the case. Positive talk about China is rarely heard. In unleashing a global pandemic through negligence at best, malice at worst, the Chinese regime has lost whatever credibility it had even six months ago.

One of the most curious aspects of the provisional agreement is that, aside from officials in the Vatican Secretariat of State who negotiated it, it is hard to find senior Catholic voices willing to defend it. Even the most senior prelates from Asia — Cardinals Oswald Gracias of Bombay and Antonio Tagle from the Philippines — have offered tepid support.

Now, that silence is changing. In the most significant statement on China from a senior Catholic prelate since the provisional agreement was announced, Cardinal Muang Bo of Yangon has denounced the Chinese Communist regime root and branch for its coronavirus perfidy, demanding an apology and compensation.

Cardinal Bo of Burma (Myanmar) is head of the Federation of Asian Bishops’ Conferences, and thus nominally the most senior prelate in Asia. Sharing a border with China, Burma is particularly vulnerable to Chinese reprisals, giving Cardinal Bo’s remarks an added dimension of courage.

“[It is] the repression, the lies and the corruption of the Chinese Communist Party that are responsible [for the coronavirus pandemic],” Cardinal Bo wrote. “In recent years, we have seen an intense crackdown on freedom of expression in China. Lawyers, bloggers, dissidents and civil society activists have been rounded up and have disappeared. In particular, the regime has launched a campaign against religion, resulting in the destruction of thousands of churches and crosses and the incarceration of at least 1 million Uyghur Muslims in concentration camps. And Hong Kong, once one of Asia’s most open cities, has seen its freedoms, human rights and the rule of law dramatically eroded.”

Since 2018, the Vatican has tried to ignore or downplay the vociferous criticisms of Cardinal Zen as the grumblings of a retired bishop who no longer has influence. But Cardinal Bo was named a cardinal by Pope Francis and was elected head of the Asian bishops less than two months after the provisional agreement in 2018. It would be impossible to conclude another agreement with China without taking into account Cardinal Bo’s criticisms.

The coronavirus has revealed the face of the Chinese regime that most diplomats attempt to ignore.

That will not be possible for the Holy See’s diplomats this summer as they decide how to adapt their relations with Beijing.