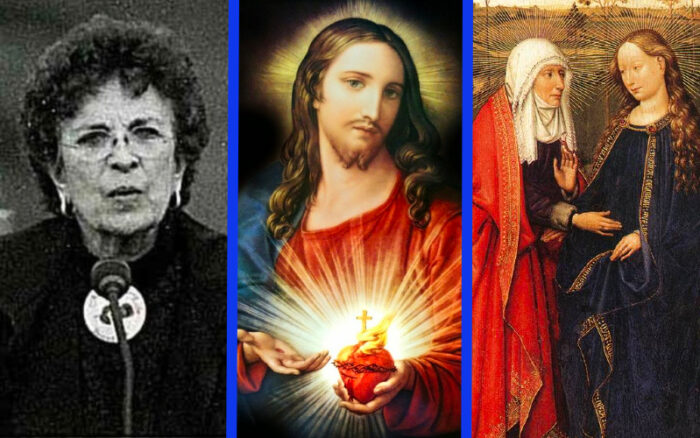 Is this a coincidence or Divine Providence?

The Supreme Court of the United States overturned Roe v. Wade one week ago – on June 24, 2022.

1) The Solemnity of the Sacred Heart of Jesus fell on June 24 this year.

Live Action founder Lila Rose wrote, “Today is the Feast of the Sacred Heart of Jesus. Today Roe v. Wade was overturned. May His merciful heart touch each of our hearts to see the value of every life, every child. As we change law, may our hearts change too.”

Another user said, “The dark cloud of Roe v. Wade was overturned during ‘pride month’, which rightly belongs to the Sacred Heart. / God will not be mocked.”

2) Catholics addressed the Nativity of St. John the Baptist.

Therefore, the anniversary of the day the Supreme Court overturned Roe v. Wade will fall on the Solemnity of the Nativity of St. John the Baptist every year.

Why this is significant: St. John the Baptist was the first to recognize Jesus in the womb of the Blessed Virgin Mary while in the womb of his mother, Elizabeth.

Here’s what some users said about the Solemnity of the Nativity of St. John the Baptist:

Catholic Vote wrote, “Not only was Roe overturned on the day we celebrate the Sacred Heart, but every other year it will fall on the Nativity of John the Baptist – who recognized the humanity of Christ in the womb.”

Another user wrote, “As this month of the Sacred Heart of Jesus comes to an end, we give thanks for the blessing of the [overturning] of Roe V. Wade on the feast of the Sacred Heart and the Nativity of St. John the Baptist. Double Rainbow on 6-24-22.”

She spent many years of her life fighting for the unborn. Her work is the reason we march every year in Washington, D.C. for the right to life.

Here’s what the March for Life wrote on Instagram:

“Happy birthday to Nellie Gray, founder of the March for Life. We could not think of a more perfect birthday gift for her than the victory of today.”

Let us pray in thanksgiving for the reversal of Roe v. Wade, and for all pro-life efforts in the U.S moving forward.

Sacred Heart of Jesus, I place all my trust in you! ❤️‍🔥