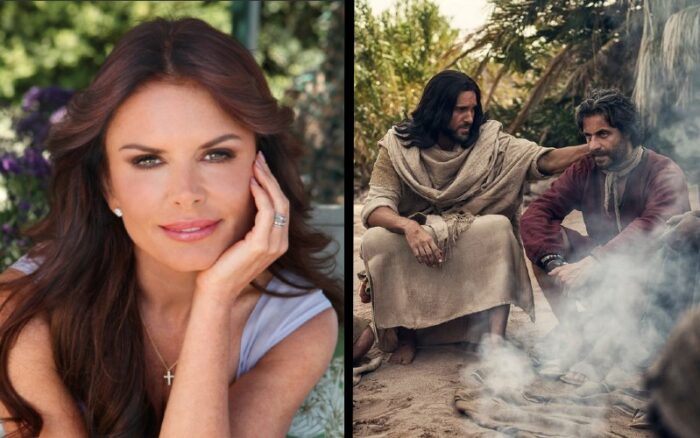 This is an amazing movie!

The movie follows the immediate aftermath of Jesus’ crucifixion.

It depicts Jesus’ apostles as they await Christ’s resurrection and fear being hunted and killed by the Romans. The movie concludes with Jesus’ ascension and the coming of the Holy Spirit at Pentecost.

Downey is best known for her role as Monica in Touched by an Angel. She and her husband, Mark Burnett, work together as producers for their media company, Lightworkers.

The Catholic actress and producer explains how her her faith influences her life, also revealing that her brother is a Catholic priest in Ireland!

“My faith has influenced everything I’ve done–from my days on Touched by an Angel when I had the privilege of playing a messenger. The message was simple: there is a God, he loves you, and he wants to be part of your life,” Downey explains.

“If you go back and ask the nuns who taught me in school which girl in the class you think will produce biblical epic films in her career, I doubt that the sisters would have picked me.”

Here’s the full interview below:

Resurrection premieres on Discovery Plus on March 27. Click here to watch the trailer.