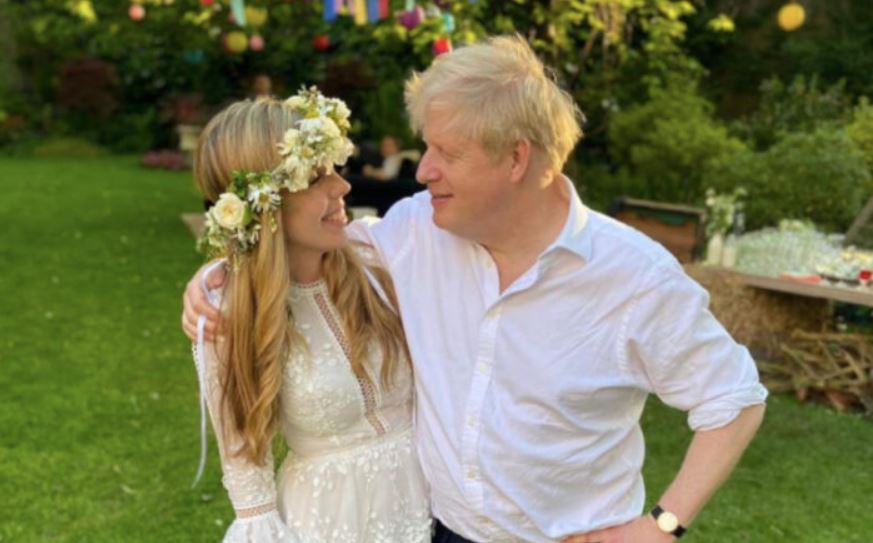 The couple surprised Catholics after Johnson broke from Protestant tradition and married in the Catholic Church at Westminister Cathedral in London.

The twice-divorced Prime Minister stirred controversy as Catholics questioned the validity of the ceremony. However, Church authorities ensured the public of the blessed marriage.

“The bride and groom are both parishioners of the Westminster Cathedral parish and baptized Catholic,” a Westminister Cathedral spokesperson told the Sunday Times.

“All necessary steps were taken, in both church and civil law, and all formalities completed before the wedding. We wish them every happiness.”

Fr. Mark Drew of Archdiocese of Liverpool also questioned the marriage in a viral tweet.

Fr. Mark’s full tweet reads, “Can anyone explain to me how ‘Boris’ Johnson, who left the Catholic Church while at Eaton and is twice divorced, can be married at Westminster Cathedral, while I have to tell practicing Catholics in good faith who want a second marriage in Church that it’s not possible?”

He said that despite receiving confirmation in the Anglican Church, his recent marriage remains blessed in the Catholic Church.

Here’s a portion of his explanation below:

“Boris Johnson remained bound by ecclesiastical laws in force and which were binding on him as a Catholic when he contracted his previous marriages. These marriages were, therefore, governed by both natural law and canon law,” Fr. Dench said.

Fr. Dench added that neither of Johnson’s previous marriages took place in the Catholic Church. Therefore, since Johnson is a baptized Catholic, the Church does not recognize either of them.

“…Marriages of Catholics which do not take place before such lawful ecclesiastical authority are invalid. This applies to marriages in registry offices, hotels, non-Catholic Churches, beaches, Elvis impersonators, etc., etc,” he explained.

“These cases do not require a formal annulment procedure. It is a brief documentary process which the Tribunal of the Archdiocese of Westminster would have investigated before the Prime Minister’s wedding could have gone ahead.”

Boris Johnson is the first baptized Catholic to ever serve as Prime Minister of the United Kingdom. He and Carrie Symonds also baptized their child in the Catholic Church on Sept. 12, 2020 at Westminister Cathedral.

Let us pray for Boris Johnson and his family!

‘Miracle of Vistula’: When Our Lad...