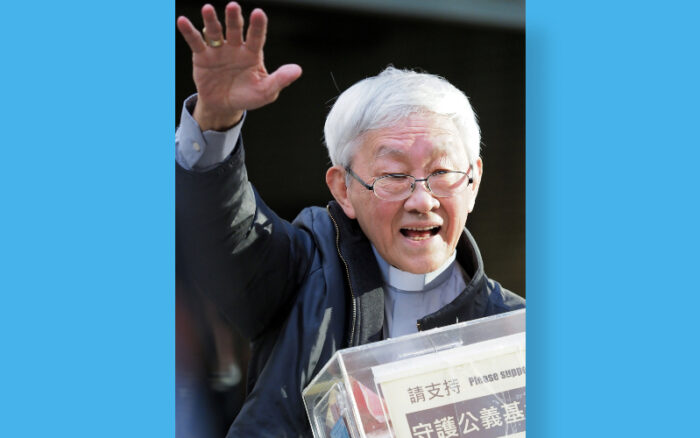 The Communist police force in Hong Kong arrested Cardinal Joseph Zen, the former bishop of Hong Kong, on Wed. May 11.

Authorities charged the 90-year-old cardinal of alleged “collusion with foreign forces” after helping pro-democracy protesters with legal and medical expenses through his leadership in the 612 Humanitarian Relief Fund.

The police also arrested three other fund trustees with the same charges.

The charges come in response to Hong Kong’s National Security Act, which criminalizes pro-democracy protests. Non-compliance with the law could result in lifetime imprisonment.

Authorities released the former bishop on bail, but he maintains the alleged charges.

Holy See Press Office Director Matteo Bruni told journalists on Thursday that “the Holy See has learned with concern the news of Cardinal Zen’s arrest and is following the evolution of the situation with extreme attention.”

Here’s their posts below:

“Pray for Cardinal Joseph Zen, 90 years of age, who has been unjustly arrested by the Chinese Communists, and for all those in the world who suffer for their Catholic Faith,” Bishop Tobin tweeted.

“Though separated by distance, we stand in complete solidarity with today’s heroes and martyrs.”

“Thank you, Bishop Tobin and others for your support of Cardinal Zen,” Bishop Strickland added. “Let us pray that all bishops, priests, deacons, and faithful join us in prayer and call for justice for Cardinal Zen.”

In the past, Cardinal Zen spoke against the authoritarian government and its persecution of religious communities, in addition to his work with pro-democracy protesters.

Friends of the cardinal told the National Catholic Register that the arrest does not surprise him and he “is not afraid” of what the government may do to him.

Pray for all persecuted Christians!

Who Are the 4 Women Being Canonize...

Children and Youth Called to Entru...