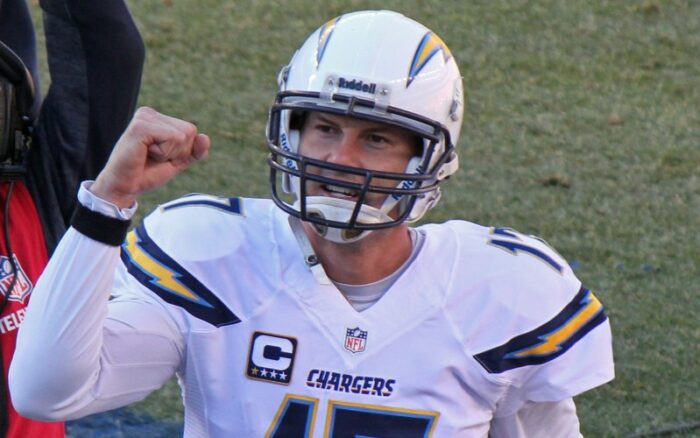 Rivers also concluded his statement with the latin phrase “Nunc Coepi,” which means “Now I begin.”

“A priest friend of ours gave me that phrase years ago…it’s that never-ending begin,” he says of the phrase.

Here’s the statement below:

“Every year, January 20th, is a special and emotional day. It is St. Sebastian’s feast day, the day I played in the AFC championship without an ACL, and now the day that after 17 seasons, I’m announcing my retirement from the National Football League.

“Thank you God for allowing me to live out my childhood dream of playing quarterback in the NFL.

“I am grateful to the Chargers for 16 seasons, and the Colts for the 17th season. Thank you to all my coaches that helped me grow as a player and person. Thanks to the support staff.

“I appreciate the opposing defenses making it challenging physically and mentally every week…I also enjoyed the banter. I appreciate the referees for putting up with all my fussing.”

“Thanks to the fans in San Diego and around the nation that both cheered and booed. Special thanks to my teammates. Without a doubt my favorite part of the game, being a teammate. Thank you for being mine.

“Lastly, thank you to my wife and best friend Tiffany, and our children Halle, Caroline, Grace, Gunner, Sarah, Peter, Rebecca, Clare, and Anna. Could not have done it without y’all’s unwavering support.

“As my playing career comes to an end, the next chapter begins.

In 2019, the quarterback also greeted several of the Nashville Dominican Sisters at one of his games.

Thank you, Philip Rivers, for your beautiful public witness!

Take It From Tolkien: ‘The Lord of...