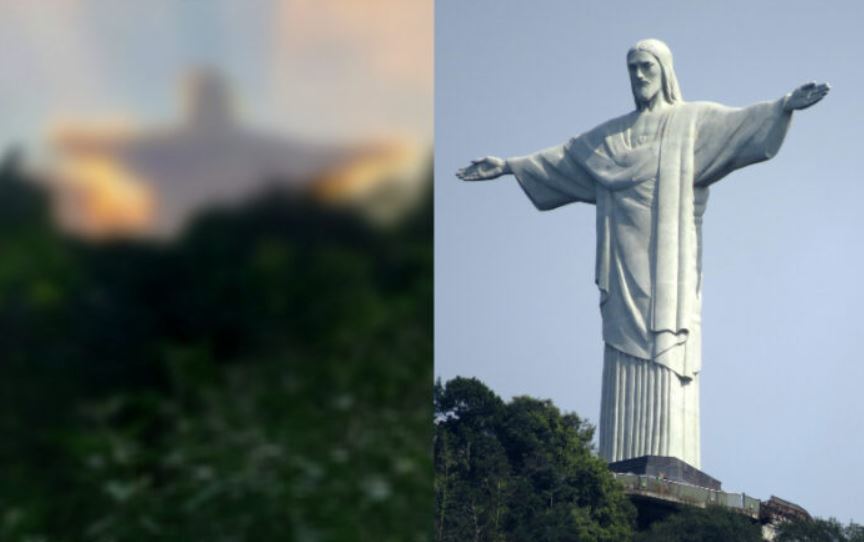 Wow! This is beautiful!

Photographer Erick Pech captured an incredible image of a sunset in which the clouds form what appears to be Christ the Redeemer. The image went viral on social media networks.

Photographer Erick Pech wrote this caption about his photo:

“I’m a sunset fan, and whenever I see the possibility of taking a good photo, I do my best to take it. So I share this beauty with you,” Pech said. “I don’t know if it’s a sign, but the photo speaks for itself.”

Here’s the photo below:

The photographer added this comment after his image went viral:

“Thanks for sharing! An expert in these subjects who studies each image before sharing to confirm that it is not ‘Photoshop,’ as many people mention. But this is a pareidolia.”

But many may wonder: what is a pareidolia?

“The tendency to interpret a vague stimulus as something known to the observer, such as interpreting marks on Mars as canals, seeing shapes in clouds, or hearing hidden messages in music.” (The American Heritage Dictionary of the English Language)

However, the photo bears a striking resemblance to Christ the Redeemer! What do you think of the photo?

What’s behind a false rumor about...