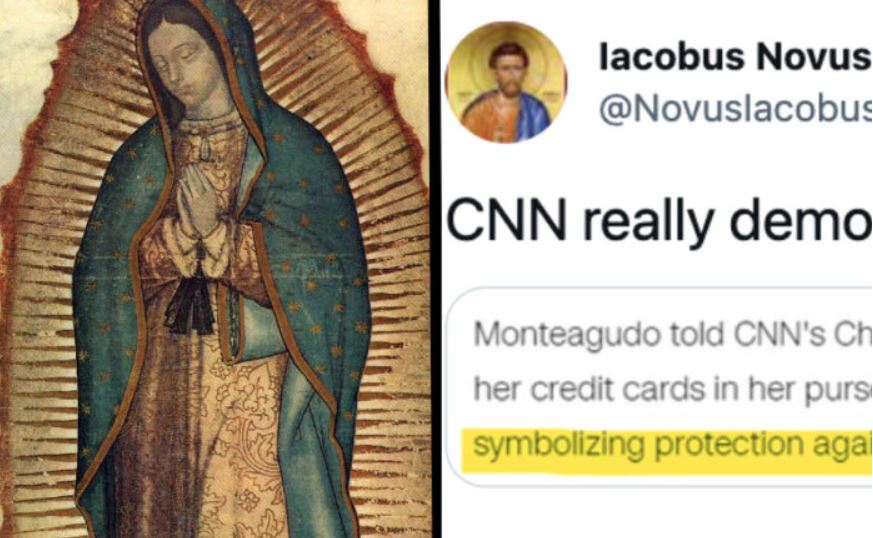 Well, this is awkward…

The user, who describes himself as a “patent lawyer” and Catholic, posted images from an article about a Miami building collapse survivor.

The article (which CNN eventually revised) describes Our Lady of Guadalupe as “the Lady Guadalupe, a Catholic icon symbolizing protection against bad things.”

Here’s the initial article excerpt below:

Catholics consider Our Lady of Guadalupe, the patroness of the Americas, the unborn, and the landmark apparition that took place in Mexico. (Read more about this apparition and her incredible tilma here.)

CNN later corrected the article, however, continued referring to Our Lady as “the Lady Guadalupe.”

Here’s a screenshot below:

The screenshot reads, “Monteagudo told CNN’s Chris Cuomo that the evening before the collapse, she put her pills and her credit cards in her purse and lit the candle for the Lady Guadalupe, considered a national symbol and matriarch for Mexicans and Mexican-Americans, as well as an important Catholic figure.”

The user then “fixed it” for CNN:

The tweet reads, “‘lit a candle to ‘Our Lady of Guadalupe, believed by Catholics to be a 16th century apparition of Mary and an important religious and cultural icon for many Latin Americans.’”

What are your thoughts about the CNN article?

Our Lady of Guadalupe, please pray us!